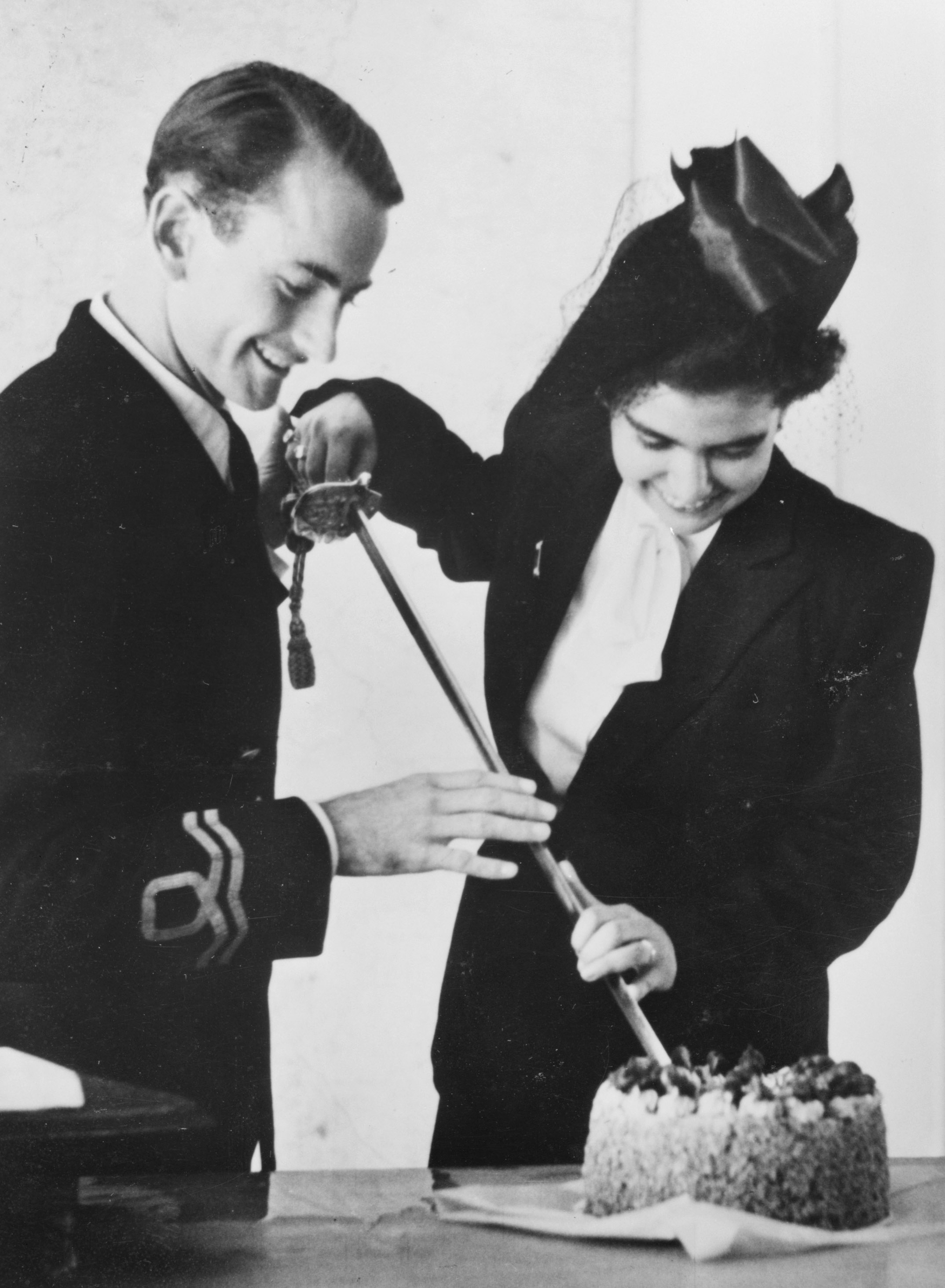 Try to find the date or year when this image was made.
Thanks for contributing!
Lieutenant Robert Antony (Tony) Evelyn Cansdale helps his new bride, Lena Cohn, cut their wedding cake with his ceremonial sword, at Haifa, Palestine, on 19 November 1947.

Tony Cansdale entered the Royal Navy Volunteer Reserve in March 1942 as a rating. After he finished training, in June 1942, he was posted to the sloop HMS Folkestone, performing convoy protection duty from North Ireland to West and North Africa, the West Indies and Guantanamo Bay, Cuba. In March 1943 he transferred to the shore establishment HMS Royal Alfred, to undertake officer training and was commissioned as a sub-lieutenant (Special Branch). He subsequently worked with small boats in North Africa and Italy before his transfer to the small boats depot at Bennelong Point, Sydney, in 1945.

Cairnsdale signed on for a further two years service at the end of the Second World War and served in Malta and then Palestine in late 1946 and 1947, turning back illegal immigrant ships. While in Palestine he met Lena Cohn, a Jewish refugee from Danzig who had moved to Haifa with her family in 1936. One month after their marriage they immigrated to Australia where Cansdale transferred to the RAN Reserve.

This photograph is from the Australian War Memorial's collection www.awm.gov.au