We all want a white wedding 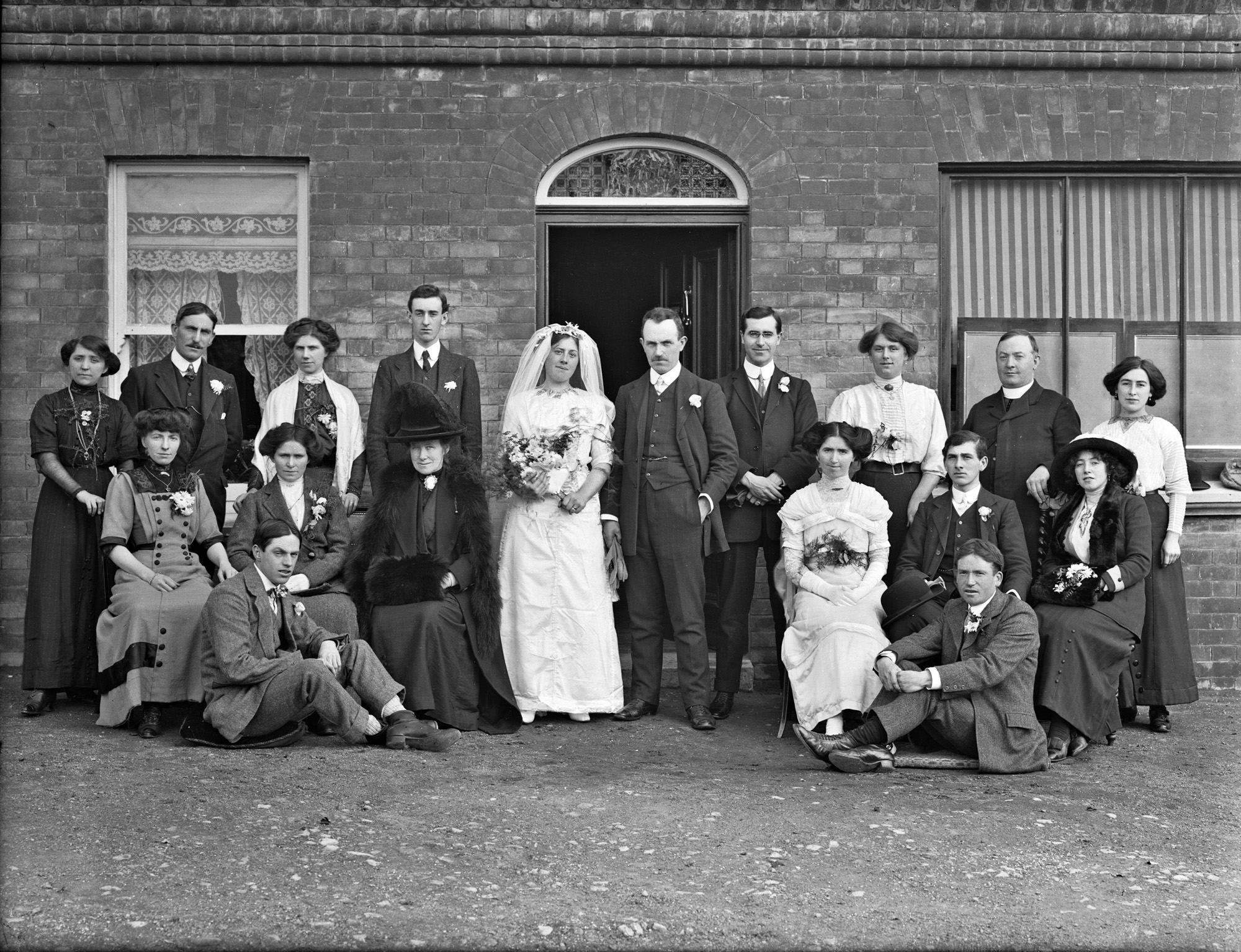 Try to find the date or year when this image was made.
Thanks for contributing!
A wedding group taken by Mr. Poole for Mrs. O'Connor which shows his great skills and careful arrangement of the subjects. As near a symmetrical arrangement as he could manage with the placement of the personnel makes a very pleasing group and a fine photograph.

The prevailing wisdom is that this image captures the marriage of Thomas O'Connor and Evelyn Erlwin on 16 October 1912. While the group may not have been in Grannagh at the time, there seems to be a connection to the village (also known as Granny) which sits close to the county boundary between Waterford and Kilkenny. (ed. As the O'Connor/Erlwin wedding was at least partly celebrated in nearby Kilmacow, Niall McAuley suggests that this image may have been captured there).....