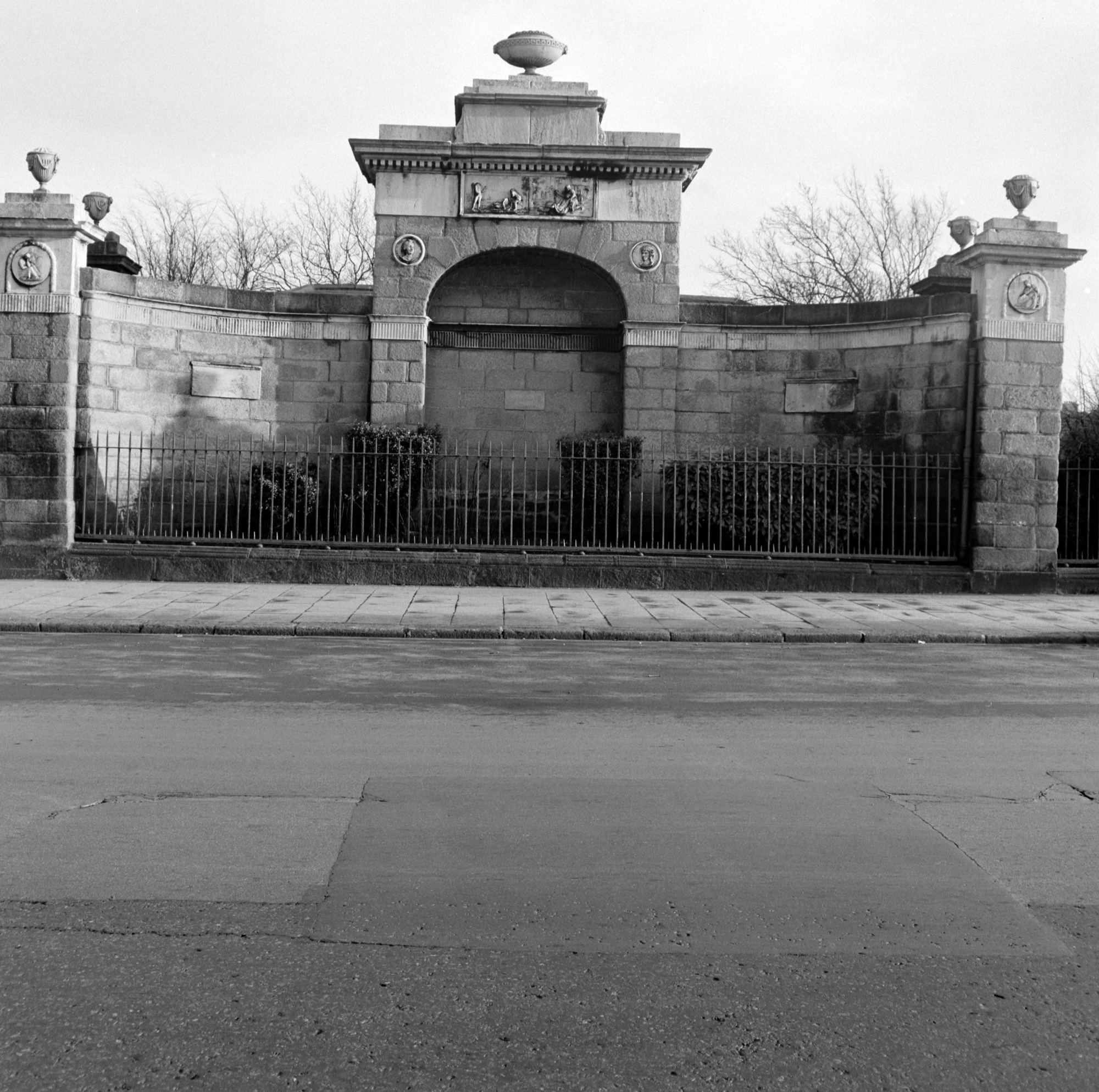 Try to find the date or year when this image was made.
Thanks for contributing!
One of those monuments you pass by and it never dawns on you what it is or why it is there. Not Elinor's best shot ever - yet an interesting choice for today's image. The Rutland Memorial has seen a lot of traffic pass by, lots of politicians come and go but why is it there and to whom is it a memorial?

Based on inputs in particular today from Mike Grimes, John Spooner, oaktree_brian_1976, and BeachcomberAustralia we got some answers to the why and the who. This structure, officially the "Duke of Rutland Memorial Fountain" was built in 1791/2. Architected by Francis Sandys, and built by Arthur Darley, it had a central fountain surrounded with reliefs by Elizabeth Coade (sister of Eleanor Coade). Commissioned or funded by Charles Manners, Duke of Rutland and Lord Lieutenant of Ireland, it was intended "to provide drinking water for the city's poor". Though it bears his name, the Duke died some years before its construction. And the fountain was dry within several decades. Seemingly confused for a gateway by at least one 19th century commentator, the Corpo apparently proposed turning it into one in the 21st century. Though still a dry fountain, it remains otherwise "ungateified"....