Photograph of the wreck of the Boston and Maine train #302 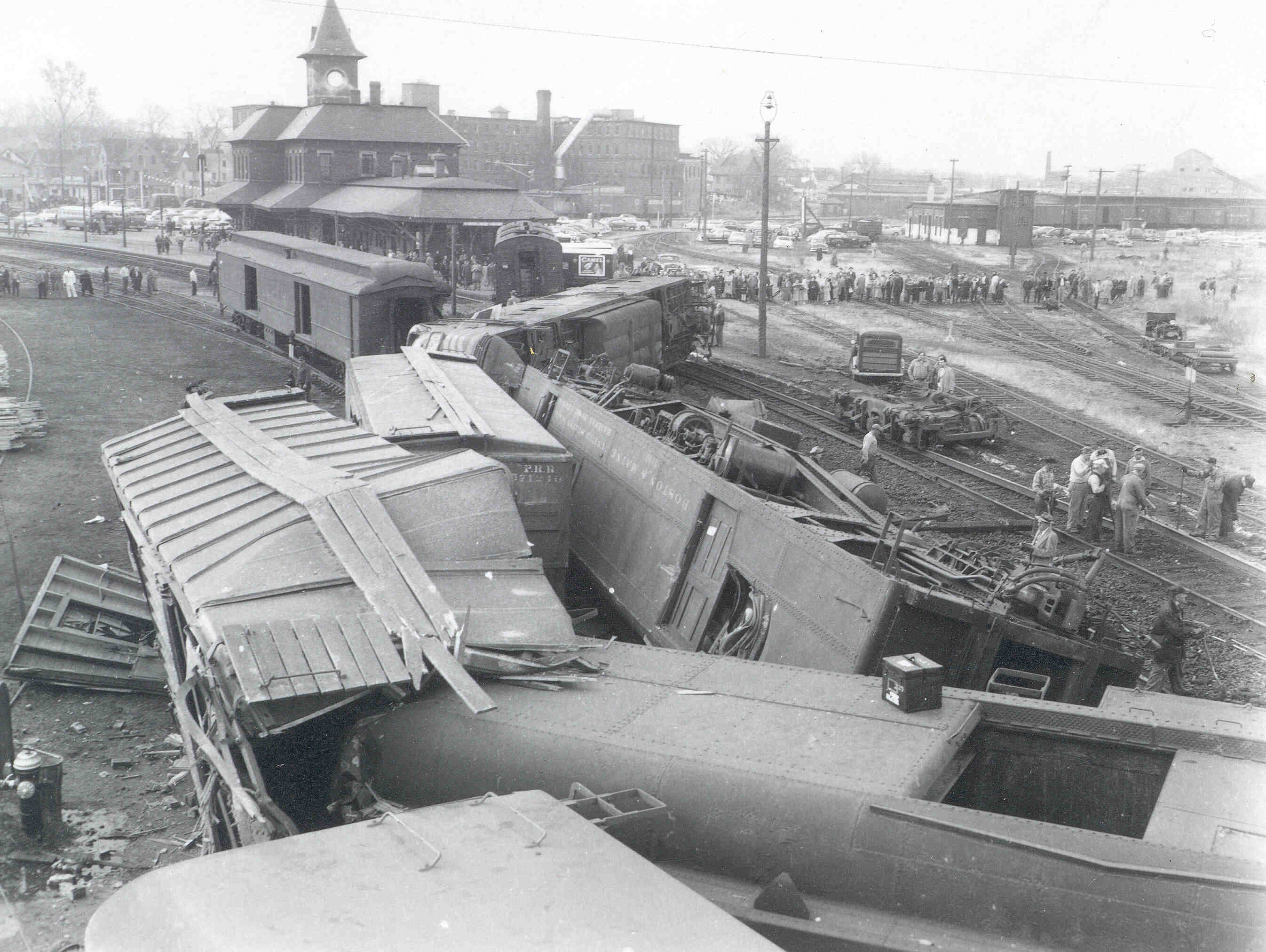 Try to find the date or year when this image was made.
Thanks for contributing!
Date: November 13, 1954

Description: Wreckage of Boston & Maine train #302, the Red Wing, just outside the Nashua, New Hampshire train station. The train had been traveling at a high rate of speed and derailed on a curve entering the station. The locomotives derailed, hitting freight cars on an adjacent siding as they moved. A female passenger was killed, and 53 others injured in the wreck. Among the injured was one of the Railway Post Office clerks, who was pinned under tables and furnishings in the mail car. That car, visible in the center of the photograph, landed on its roof. National Postal Museum, Curatorial Photographic Collection Photographer: Unknown