Holding back the tide of progress. 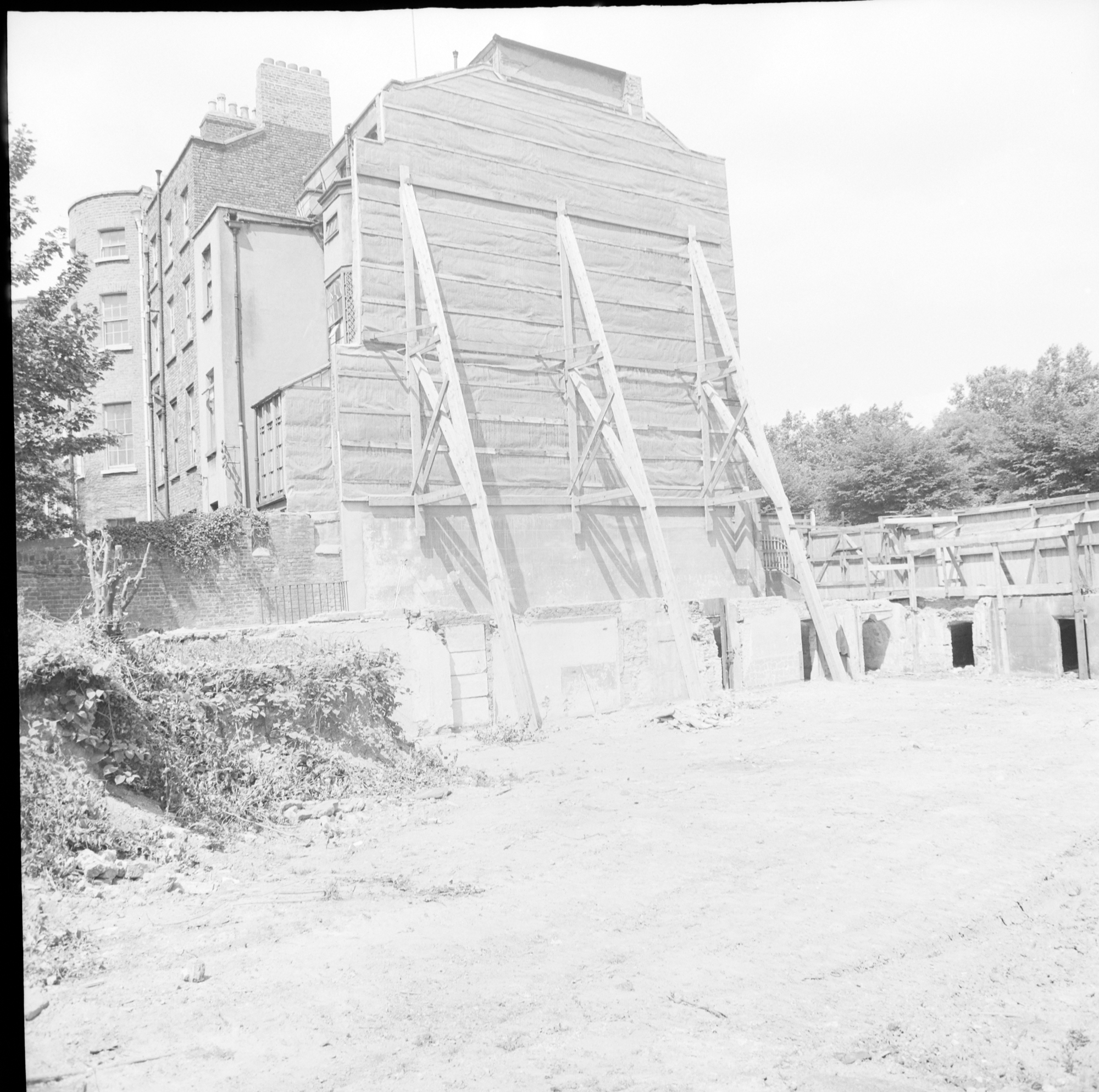 Try to find the date or year when this image was made.
Thanks for contributing!
While at face value this photograph (from the camera and eye of the the late Elinor Wiltshire) may appear dull and uninteresting, it is an illustration of a time and conditions in Ireland that many may have forgotten. Old Georgian Dublin was disintegrating and a number of buildings had collapsed with loss of life. In addition, the drive for development to bring the city into the 20th Century was gathering pace and these derelict spaces were ripe for the picking!

The general consensus is that this scene was captured at or around numbers 70-75 St Stephen's Green South - close to the junction with Earlsfort Terrace. Loreto Hall at number 77 is perhaps the building with the curved bay window. This image may have documented the demolition which preceded the building of Hainault House. Originally built in the mid-1960s (matching-up with the dates here), Hainault House is due for redevelopment in the coming years. Its neighbours had already been replaced in 2007 and 2015. "New glass cages" indeed.....