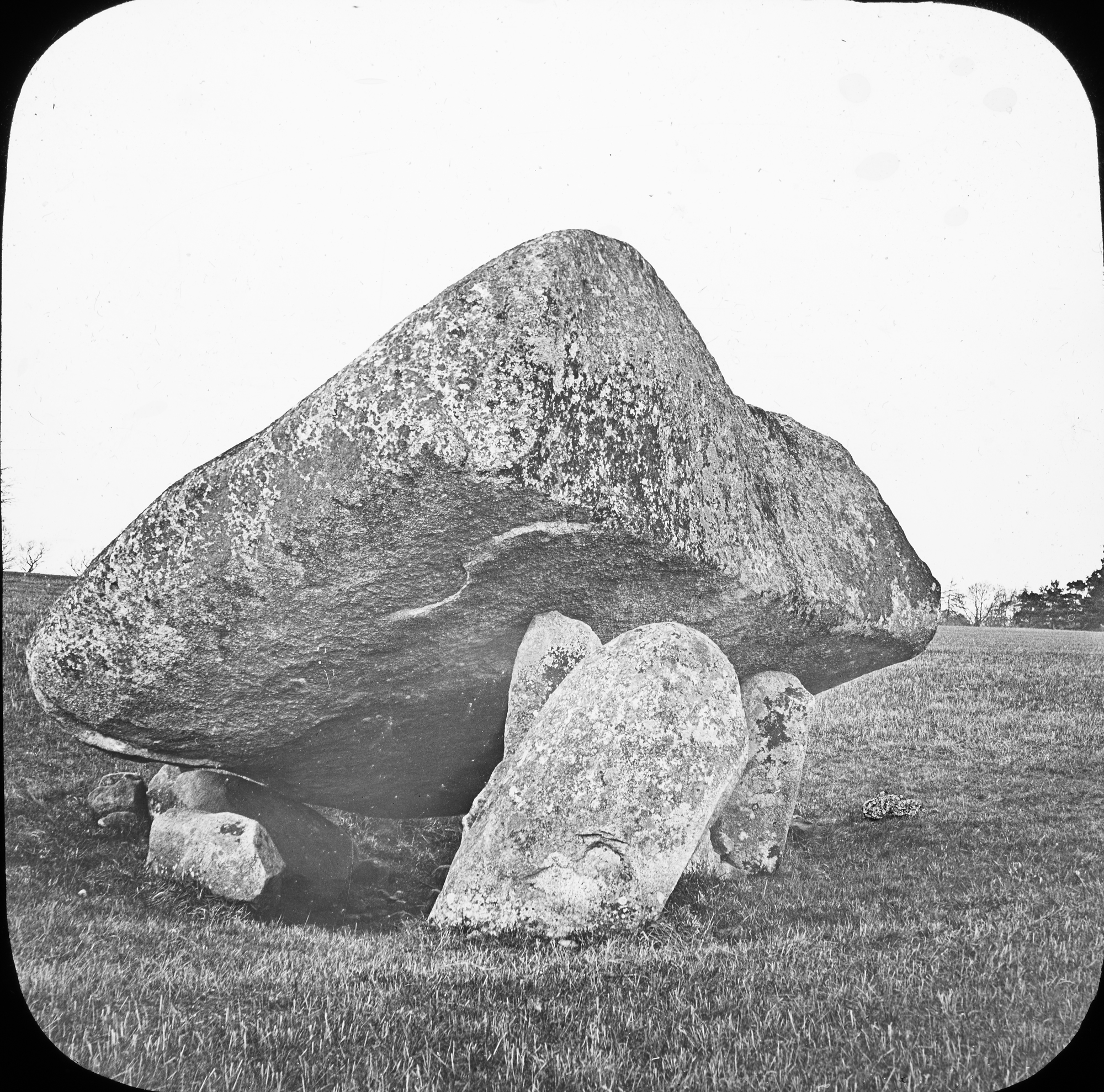 Try to find the date or year when this image was made.
Thanks for contributing!
To the Mason Collection today and a megalithic tomb somewhere or other. Our cataloguer in the library is somewhat in error in his/her spelling - as a 'dolman' this is not! As far as I know (AFAIK in modern parlance) a "dolman" was a decorative second tunic worn by Hussars, cavalry soldiers, draped casually from one shoulder and across the back. This image however is of a dolmen and would be too heavy to be worn this and even if it were not would not be elegant enough for such foppish gentlemen?

With thanks to confirmation from sharon.corbet, and corroberation from Niall McAuley, it is established that this is Brownshill Portal Tomb in County Carlow. Dating to at least 3000 BC, in a time when some archaeologists suggest that the placement and orientation of these portal tombs was influenced by astronomy, it seems fitting that we are posting this on a day which marks the death of physicist and cosmologist Stephen Hawking. As per the quote added by BeachcomberAustralia, we may do well to 'remember to look up at the stars' ourselves...