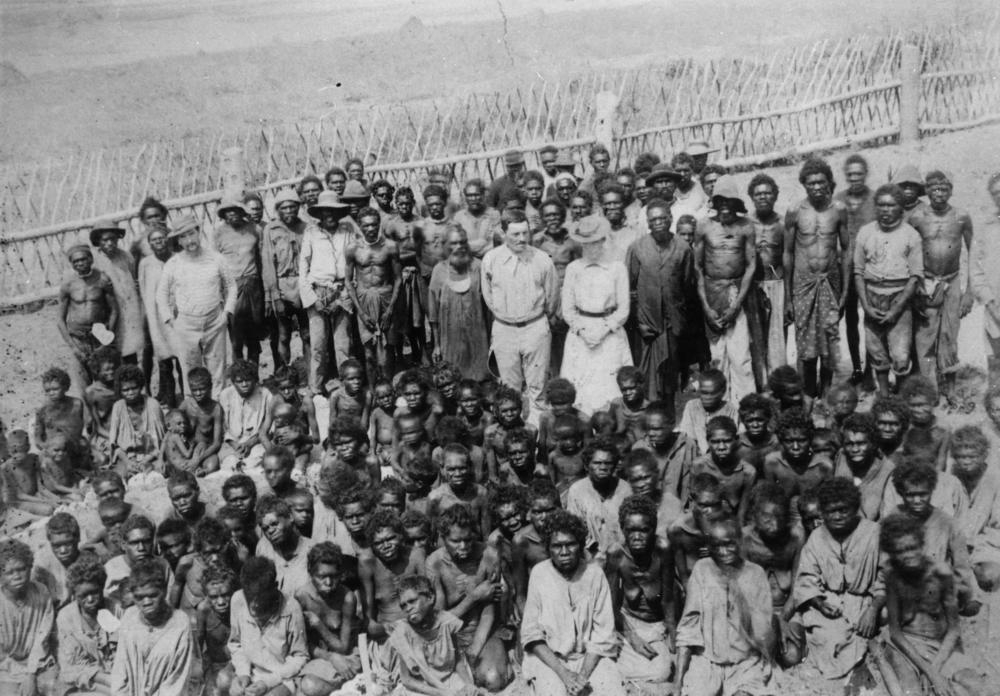 Try to find the date or year when this image was made.
Thanks for contributing!
Album curated by Queensland Memory

Description: This photograph appears to have been taken in front of the mission house at Mapoon. The European man in the centre is Moravian missionary Reverend James Gibson Ward (1857-1895), who passed away at Mapoon in January 1895. The European woman on Rev. Ward's left is Mrs Matilda Hall Ward (nee Barnes). The elder on Rev. Ward's right may be wearing a shell pendant. The European man wearing a hat on the left is probably Mr Walsh. According to an article in the Moravian Church journal, Periodical Accounts vol. 2, March 1893, pp. 31-34, this photograph was taken by a schooner master named Smith, who visited Cullen Point, Mapoon in May 1892. The traditional people are probably Tjungundji people of the Mapoon Peninsula. .

View the original image at the State Library of Queensland: hdl.handle.net/10462/deriv/1617