Eleanor Hull, full-length portrait seated in chair, in a garden with a book and a cane 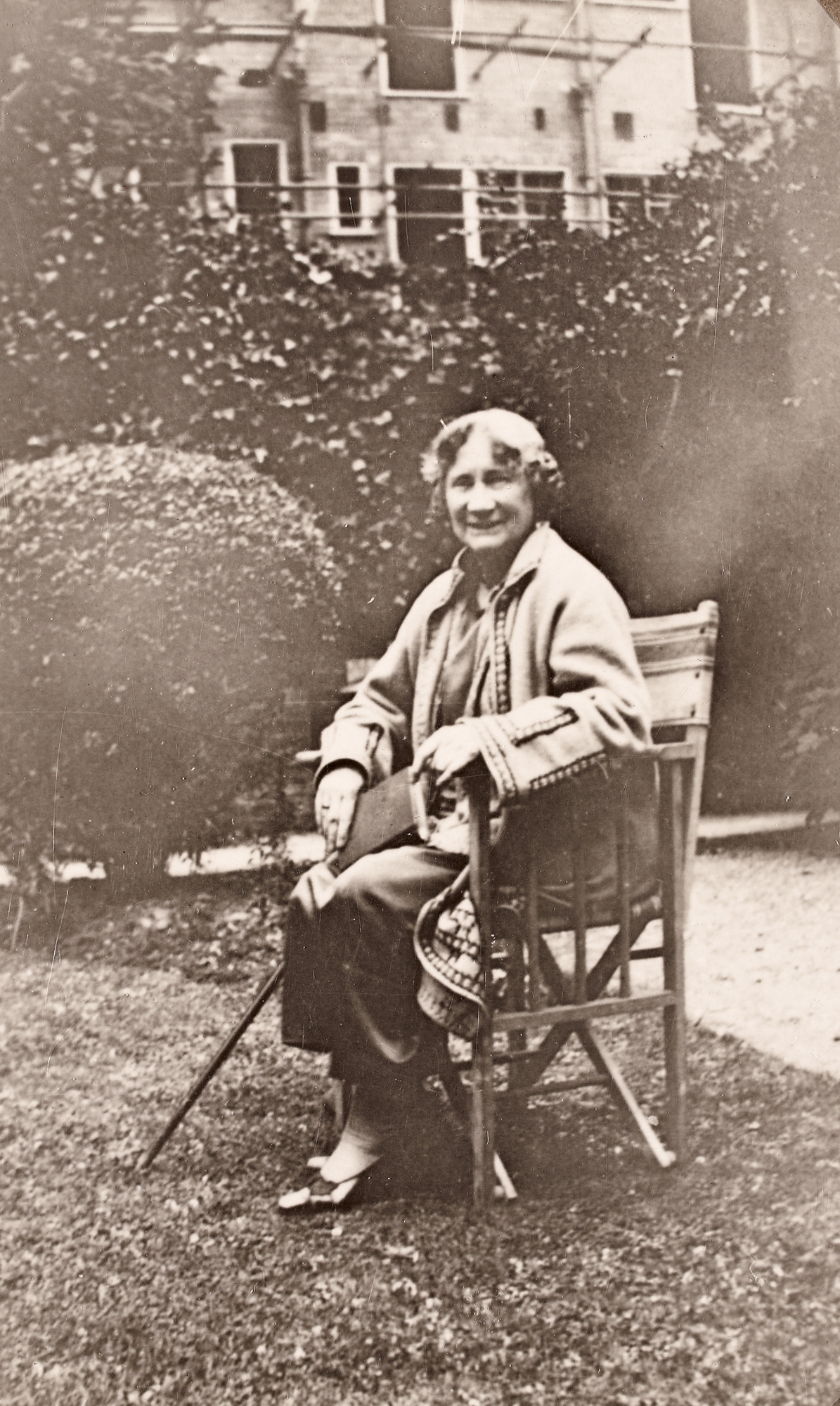 Try to find the date or year when this image was made.
Thanks for contributing!
I like days like this, the weather is improving and there is a hint of Spring in the air. I also like photographs like this one in that I have no knowledge whatsoever of the subject and I know that by the end of the day I will have learned everything there is to learn about her....

.... And indeed I have been enlightened. This is unequivocally Eleanor Hull (1860-1935), writer, scholar and journalist. Born in the UK, she studied Irish history, language and folklore in Dublin. She was a co-founder of the Irish Texts Society and a president of the Irish Literary Society. The general consensus is that this image was likely captured in London - where she spent her later years. Perhaps in the late 1920s or early 1930s....