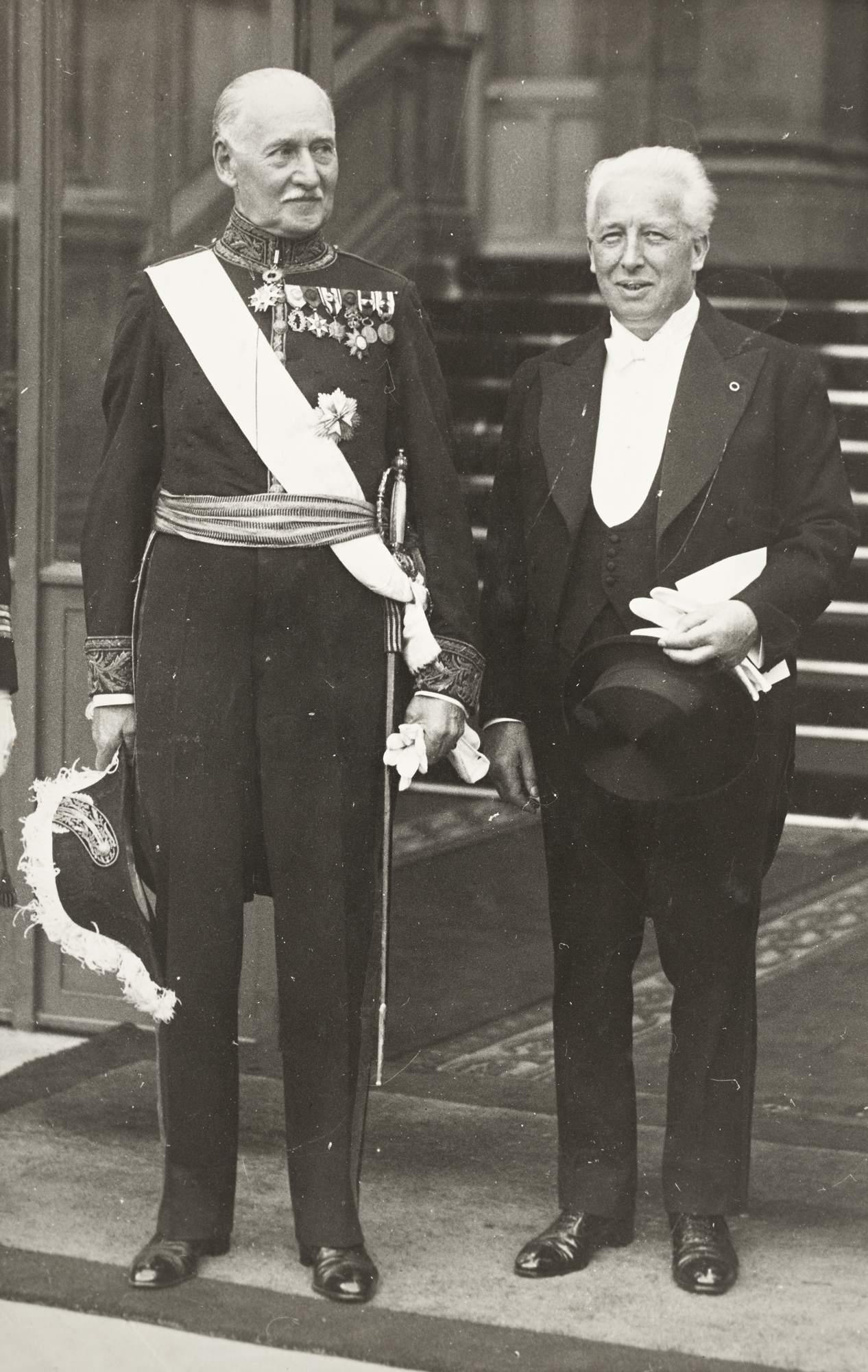 Try to find the date or year when this image was made.
Thanks for contributing!
An Irish Political Figure I never heard of is the subject of today\s image! Art O'Briain was conveniently identified for us by the cataloguer who states that he is accompanied by a member of the British army wearing a uniform and medals! This should be educational? (FYI - Yesterday's lunchtime tour of the Photo Detectives Exhibition was a tremendous success and was very well attended. There will be similar tours on the last Wednesday of each month at 1 pm and all are welcome.)

And, speaking of "tremendous successes", based on Trojan work from Rory_Sherlock, Niall McAuley. oaktree_brian_1976, BeachcomberAustralia and -especially- sharon.corbet, we have confirmation of date, subject and location here. Sharon suggested (with corroboration from others) that the man in the uniform is Augustin Pierre Becq de Fouquière, who was 'Chief of Protocol and Introducer of the Ambassadors to the President of France'). He is almost certainly greeting Art Ó Briain to the official residence of the President of France, the Élysée Palace. It was likely captured in the mid 1930s, when Ó Briain was 'Irish Minister Plenipotentiary to France and Belgium'....