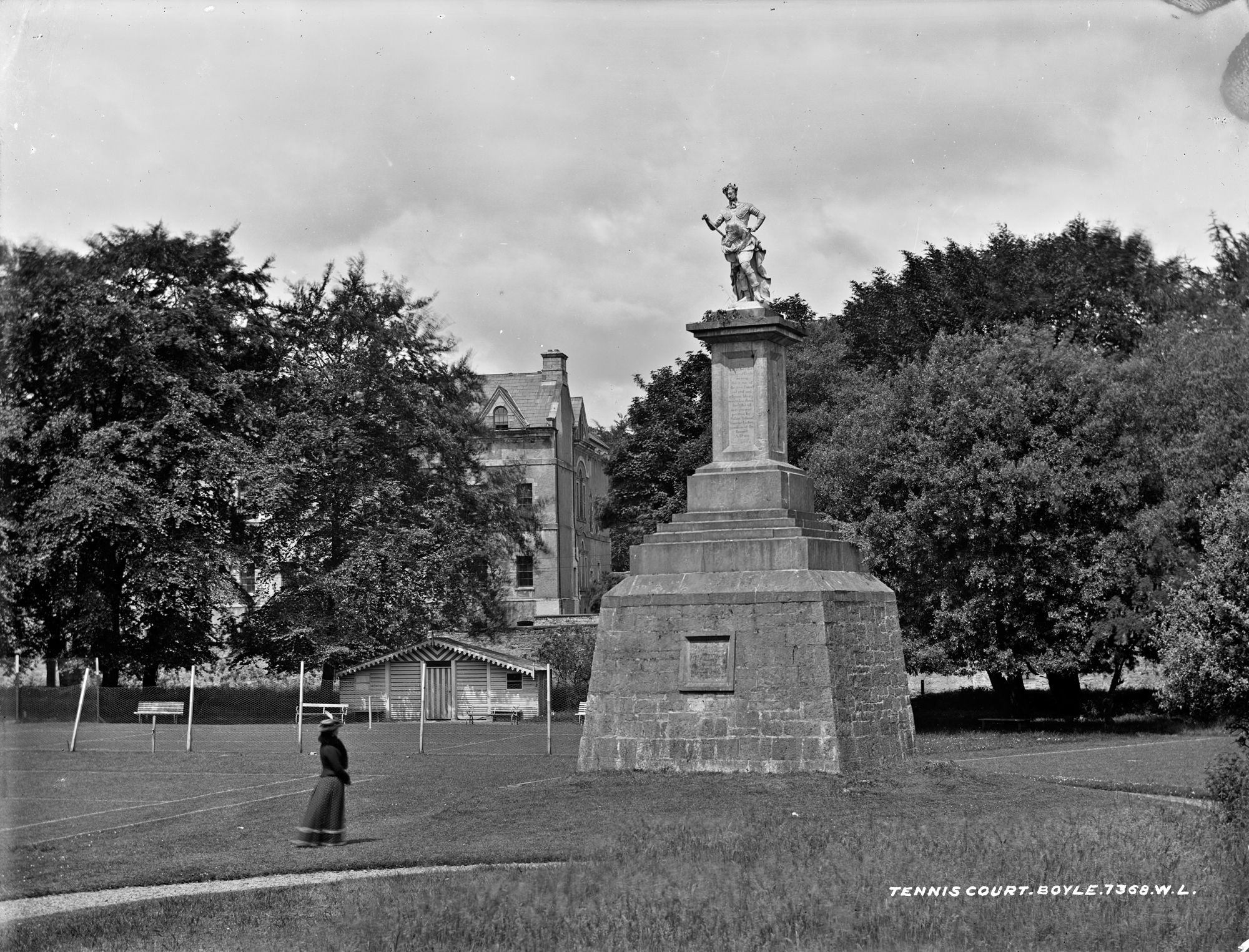 Try to find the date or year when this image was made.
Thanks for contributing!
Back to the old reliable Lawrence Collection today and a visit to the beautiful town of Boyle in County Roscommon. Titled "Tennis Court, Boyle" this image appears to be more about the statue than the tennis court in the background but don't let the truth get in the way of a good story :-)

And indeed it was/is a good story. This statue, of King William III, had been moved to this location (from a nearby bridge) in the early 19th century. As with other memorials to King Billy, it suffered several defacements, before being entirely removed entirely before the 1930s. The general consensus is that this image dates to before 1905 - when the statue was seemingly beheaded. The pedestal remains, and is a landmark in the surrounding parkland and "Boyle pleasure grounds"....