"People by a weir in an unknown location : with houses visible in the distance" is weir on River Dodder 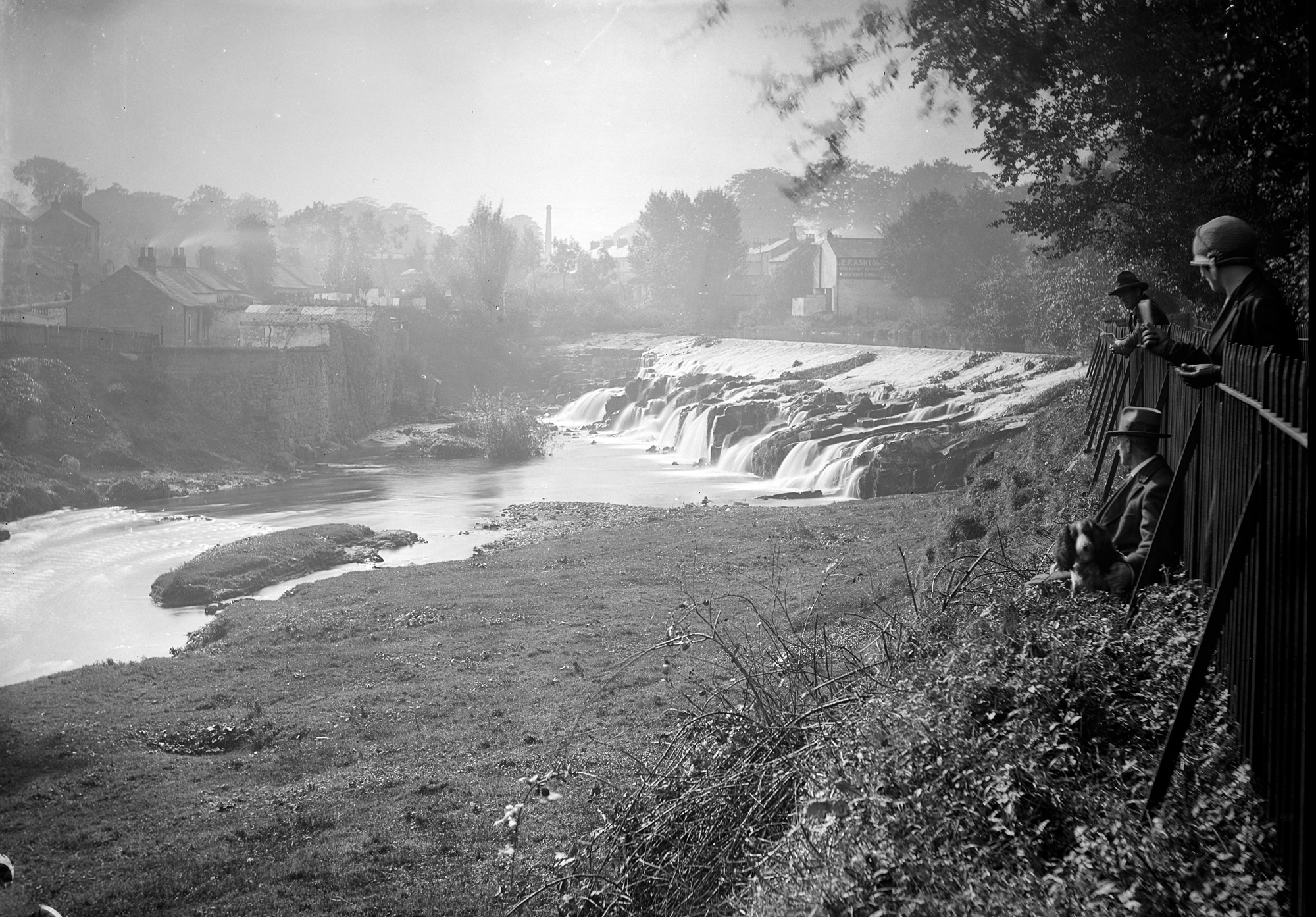 Try to find the date or year when this image was made.
Thanks for contributing!
To end the week (the week in which the "Beast from the East" clashed with storm "Emma" to bring the island of Ireland to a full stop) we have a charming photograph from Fergus O'Connor. A weir or waterfall, on a river, near a town and with people inside and looking over metal railings! No location given but I suspect that this might not last long....

With apologies to Niall McAuley (who identified a connection between this image and others in the O'Connor Collection before we'd even posted it), it has been independently confirmed by abandoned railways, turgidson and Wendy that the location here is a weir on the River Dodder, in Clonskeagh, County Dublin. In terms of the subjects, as Niall and BeachcomberAustralia both highlight, it seems that the lady behind the railings (and the man and dog on front) are the same mystery couple we've met before. The general consensus previously was that these were likely acquantainces of O'Connor, photographed all on the same day during the same river-side walk, and perhaps dating from the c.1920s.....