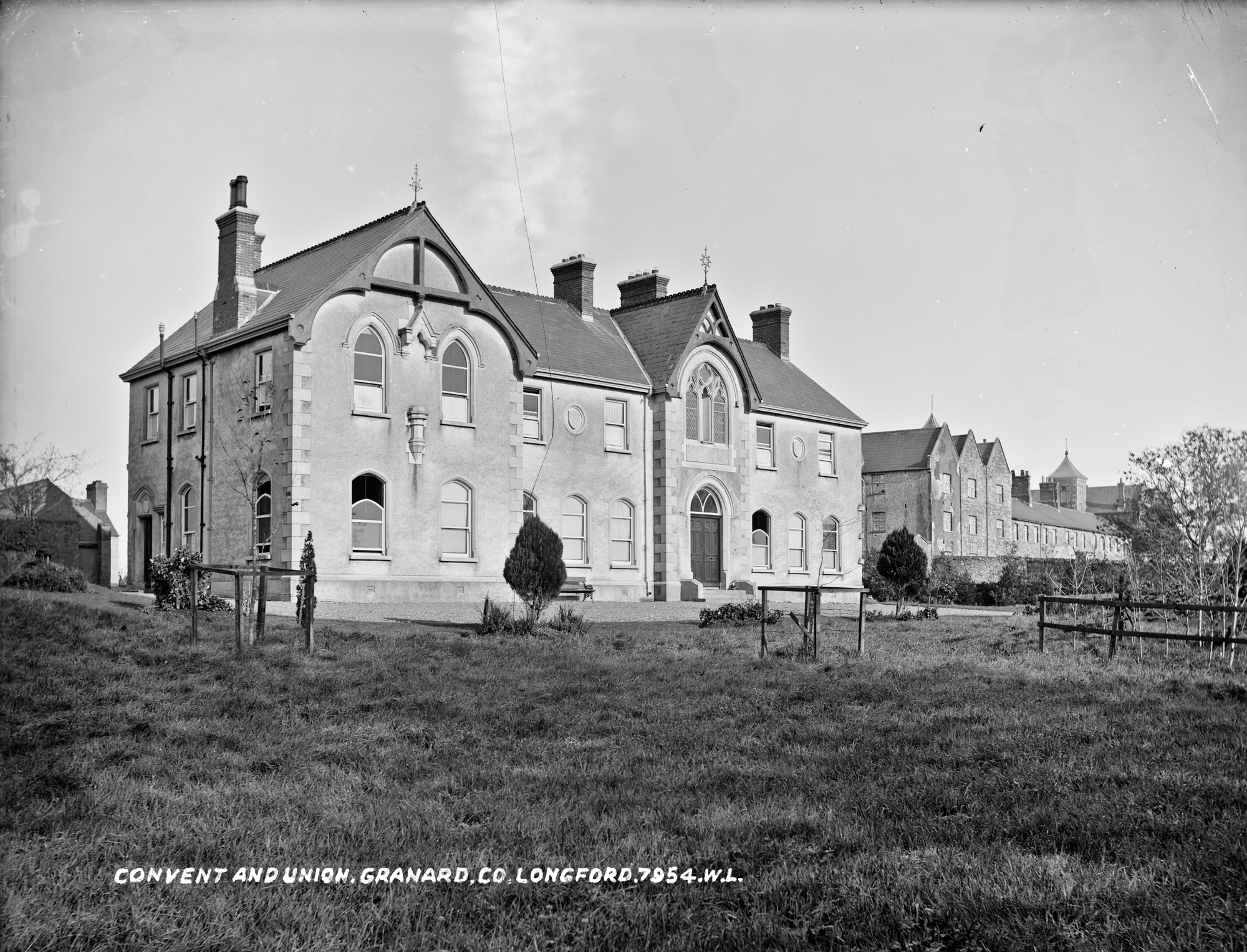 Try to find the date or year when this image was made.
Thanks for contributing!
This is a rare visit to the county of Longford and the pity is that it shows two institutional buildings rather than the many fine sights there! The Convent of Mercy beside the Union building on a rise must have been dominating the town for many years. Not as difficult to locate as the bombed out bridge of last week but it will be nice to see what has changed here in the meantime?

Our interpid detectives have confirmed that the changes in the meantime include the addition of an extra wing to the convent building, and the demolition of the workhouse buildings themselves (on the right). The general consensus is that image was captured no more than a few years after the building of the convent (c.1892) - given the condition, unfilled statue niches, and saplings in the garden....