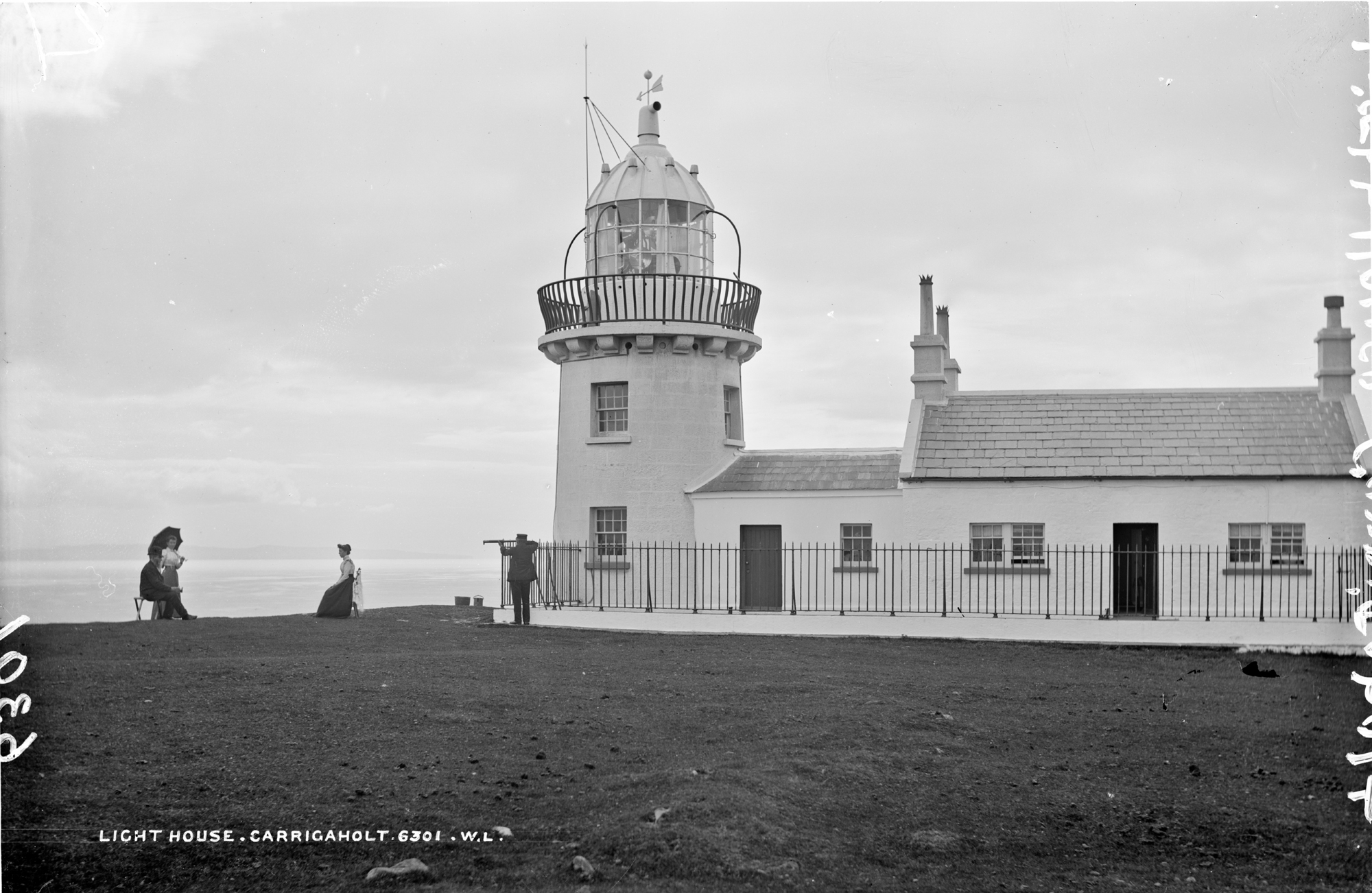 Try to find the date or year when this image was made.
Thanks for contributing!
From a traffic blockage in Clonmel to Carrigaholt where the nearest thing to a traffic jam is two cows meeting at a crossroads! Mr. French appears to have discovered rush hour at the famous lighthouse at Loop Head with people posing and using parasols and even a telescope! I wonder did Robert French manage to get the quartet to pose like that for him?

While we're still none-the-wiser as to whether Mr French posed this group, or they struck a pose on their own accord, it is the group (and their spy glasses and parasols) that make this shot :) The lighthouse is no less interesting a subject however. We learned today that Kilcredaun Lighthouse was built in 1827, and operated by the Comissioners of Irish Lights for nearly 190 years - until its closure in recent years. The light topping the tower itself, and some of the buildings surrounding, were changed over the years - including more notable works in the 1930s and 40s....