A fine collection of ivy? (on 'St. Columb's House') 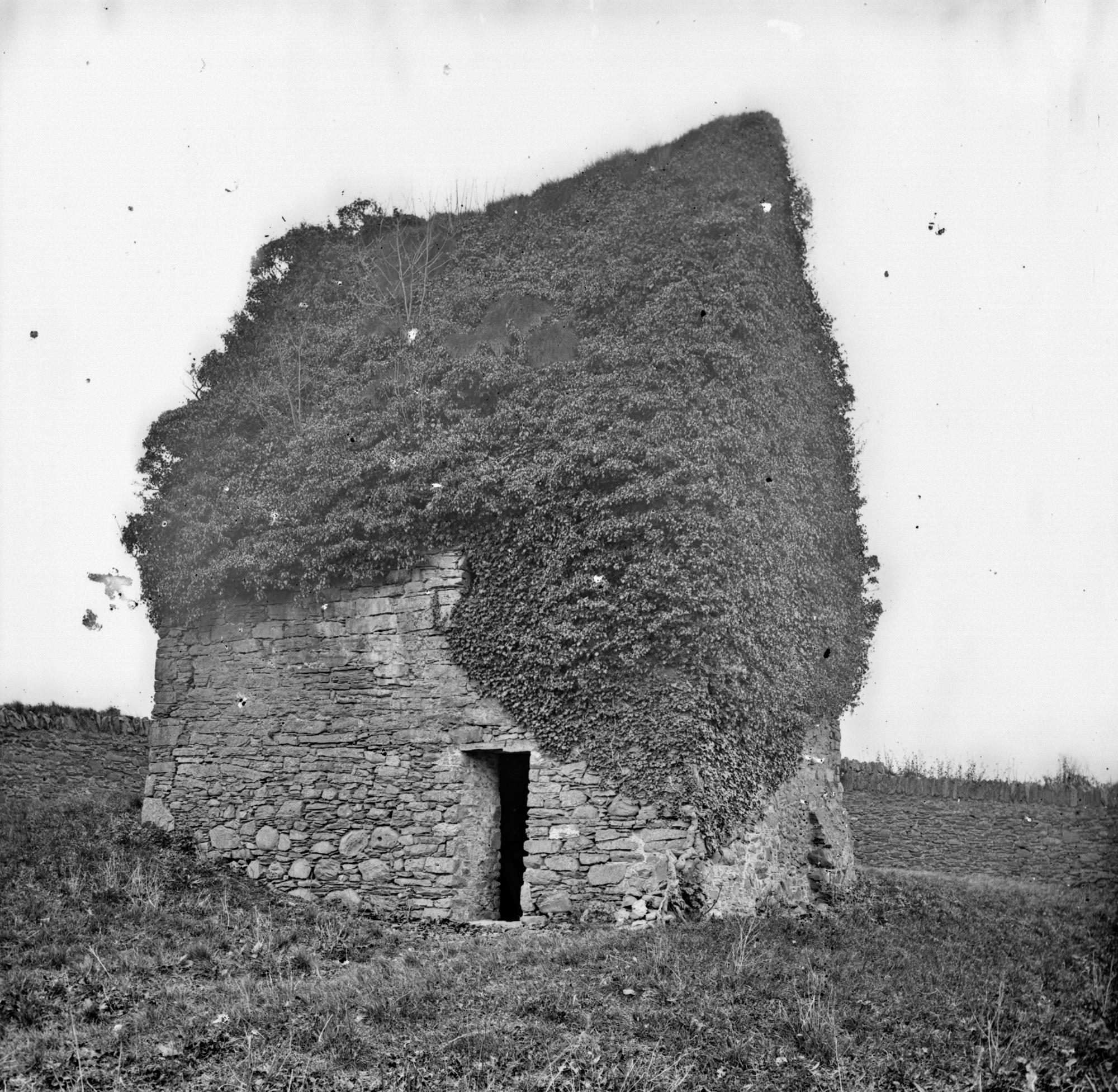 Try to find the date or year when this image was made.
Thanks for contributing!
The title for this Stereo Pairs image goes "Celtic Oratory - very overgrown" which is somewhat of an understatement! Looking at the door and the stonework I would not have recognised it as a Celtic church building festooned with ivy. It will be interesting to see if we can establish its location? (FYI -
Well done to all on the terrific detective work yesterday! To identify not only the people in the shot but the place where it was taken was excellent and very enjoyable to watch as it unfolded.)

Perhaps less intensive (but no less invaluable) investigation has confirmed that this is St. Columb's House a 12th (or perhaps 10th) century oratory in Kells, County Meath....