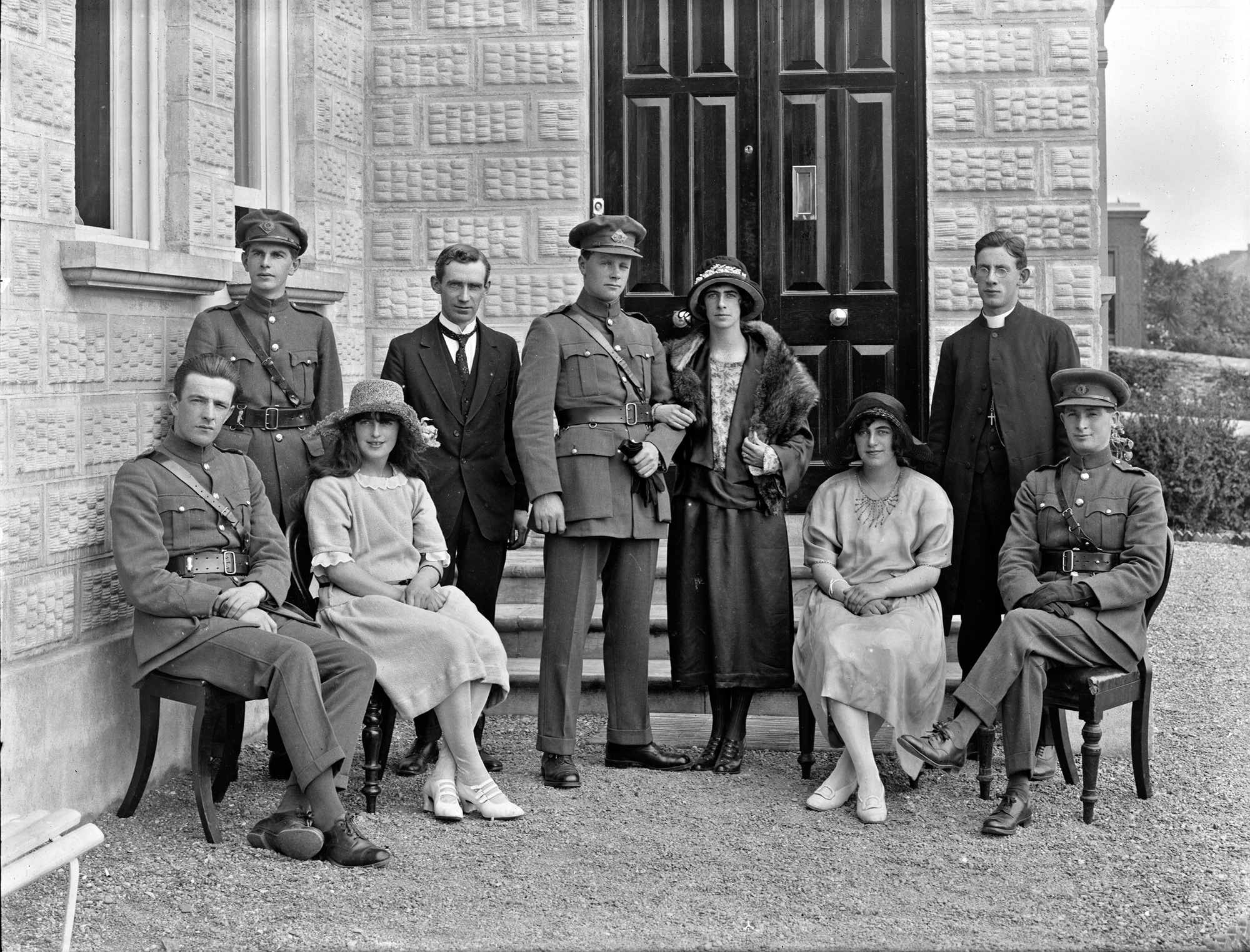 Try to find the date or year when this image was made.
Thanks for contributing!
A handsome military group celebrating the nuptials of Captain Thomas Hayes? There is, however, less than military precision on display - some wearing`gloves and others holding them, some wearing caps and other bareheaded!

With thanks to various contributors, including our own Carol Maddock, it seems certain that this is a wedding party shot from the June wedding of Captain Thomas Hayes (of Union Barracks, Kilmacthomas) and Miss Anne "Nan" Walsh (of Tramore). Along with other groomsmen and bridesmaids is apparently Commandant Patrick "Paddy" Paul (of Waterford). Based on investigations by ofarrl, it seems certain that the group are pictured at the door to Kelly's Hotel in Tramore. Spanking new at the time of this shot, the hotel was felled and rebuilt in the 1980s, and is now the site of the Majestic Hotel...