Men in coats and suits! 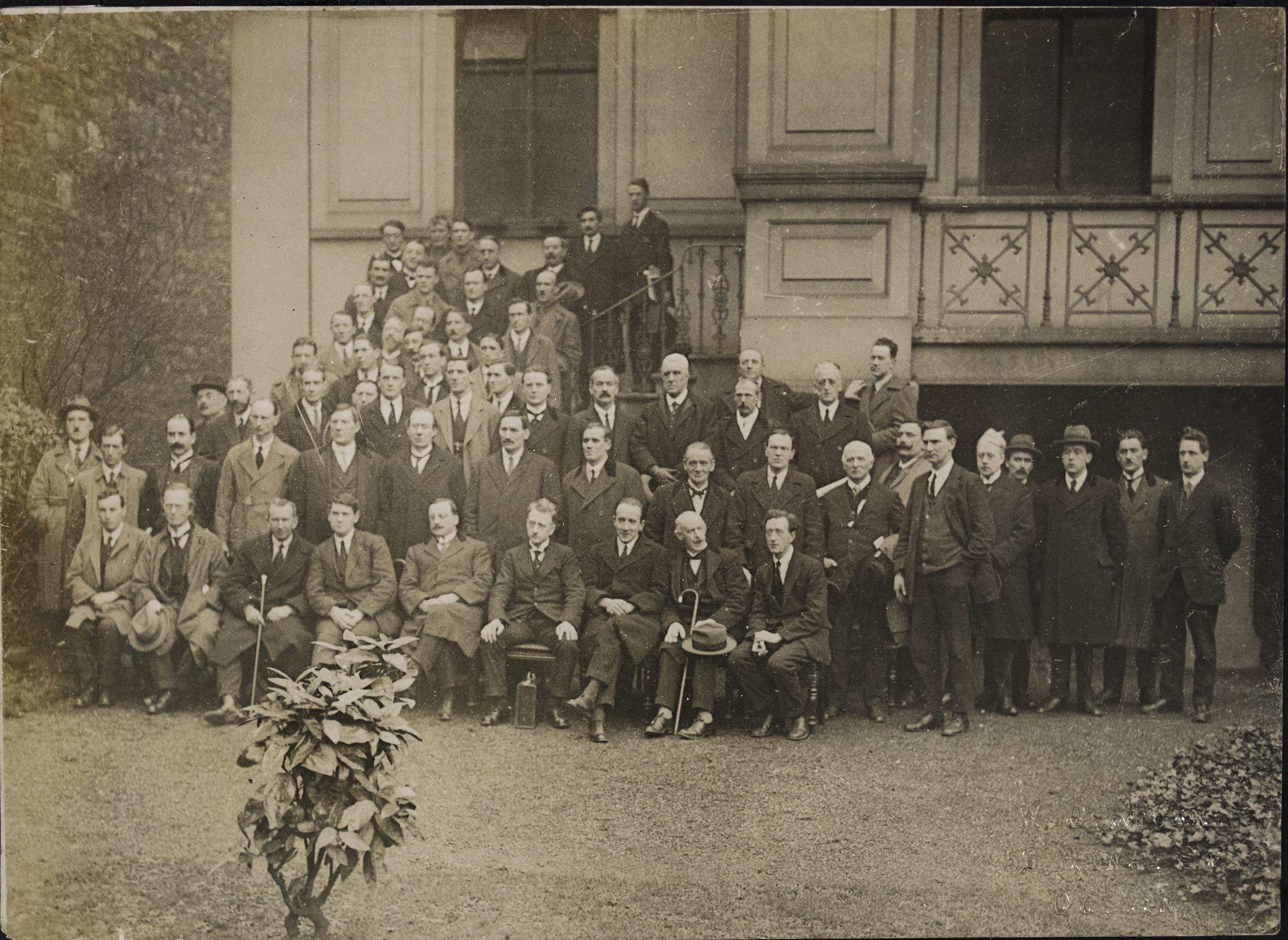 Try to find the date or year when this image was made.
Thanks for contributing!
It is quite a while since we have had a shot of the many figures who helped shape the country at the birth of the nation. There are some familiar faces on view in this Hogan-Wilson shot from 1922. Including Michael Collins, WT Cosgrove, etc. According to the title these were the supporters of the Treaty - therefore the majority of the Dáil at that time.

With thanks to everyone for their contributions today, it seems that the label here is probably correct, and that these are the Pro-Treaty members of the 2nd Dáil. If so, this image may have been captured in early 1922 (shortly after the treaty vote in January), and captures a pivotal moment in Irish history and politics. Several of those pictured (Collins, Griffith, Hales, Lawless, and McGuinness) would be dead within the year.....