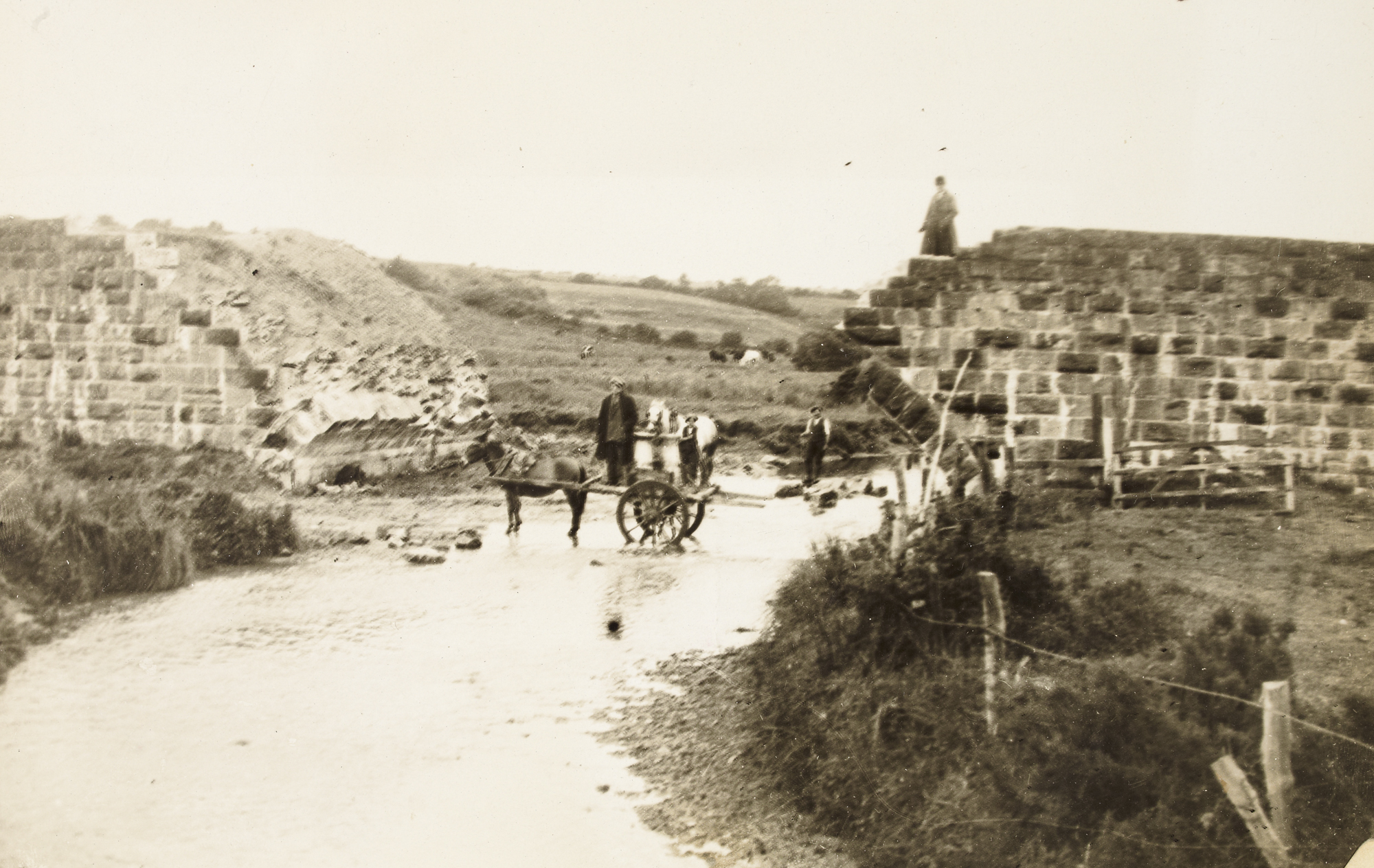 Try to find the date or year when this image was made.
Thanks for contributing!
The original title on this Hogan-Wilson image is "Bridge blown up - Unidentified location" and I suspect that it will not be easily identified today? No posters, doubtful 'Streetview' availability and few other clues so we will probably be down to newspaper articles? It is a pity that the shot is not sharper as any clues that might be there are dulled!

While the image seems to date from the middle of the War of Independence (1919-1921), our intrepid contributors highlight the lack of debris in the picture - suggesting the image was taken some time after its destruction. While this might help eliminate any acts of sabotage from later in the conflict, Rory_Sherlock tells us that there were many hundreds of such events on railway bridges alone. Making date an unlikely 'clue' to identify a location. The topography and make-up of the bridge however have suggested some possible leads.....