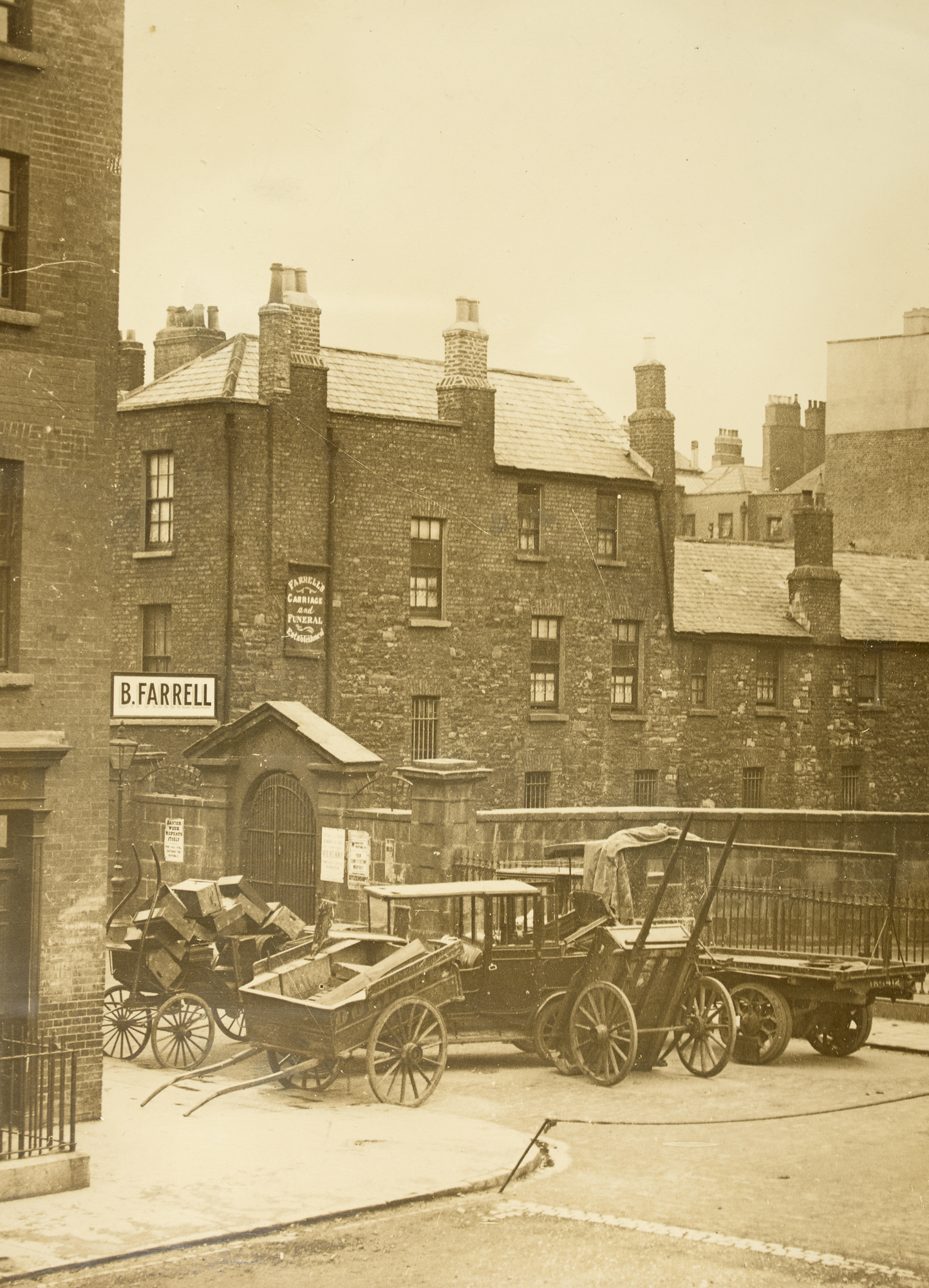 Try to find the date or year when this image was made.
Thanks for contributing!
Our first visit to the Hogan-Wilson for this year, and an intriguing image of cars, carts and carriages across the entrance to a street as some form of barricade. The name on the premises behind may assist in a location but what was going on and why the blockage? (FYI - It was great to see the response to yesterdays image with that wonderful poster proving its worth more than 100 years after it was posted!)

And we had fantastic inputs on today's image also. There is clear consensus that Hogan took this image from the corner of Upper Gloucester Street (now Sean McDermott Street), looking south and down Marlborough Street. Probably in late June or very early July 1922. The business pictured behind the barricade, Farrell's Undertakers, was at 66 Marlborough Street. Immediately to the right, behind the wall and gate, was St Thomas' Church. This barricade was placed by anti-treaty irregulars during the 'Battle of Dublin' of the Irish Civil War. The church and much of the surrounding area was burned in early July 1922. In the decade after the civil war, the ruins were demolished, and the streets relaid to a sligtly different pattern. (The street is no longer the 'T-junction' we see here, and runs straight 'through' the wall and old church graveyard). A new St Thomas' Church was however built very closeby in 1930 - over what was the parish hall on Findlater Place....