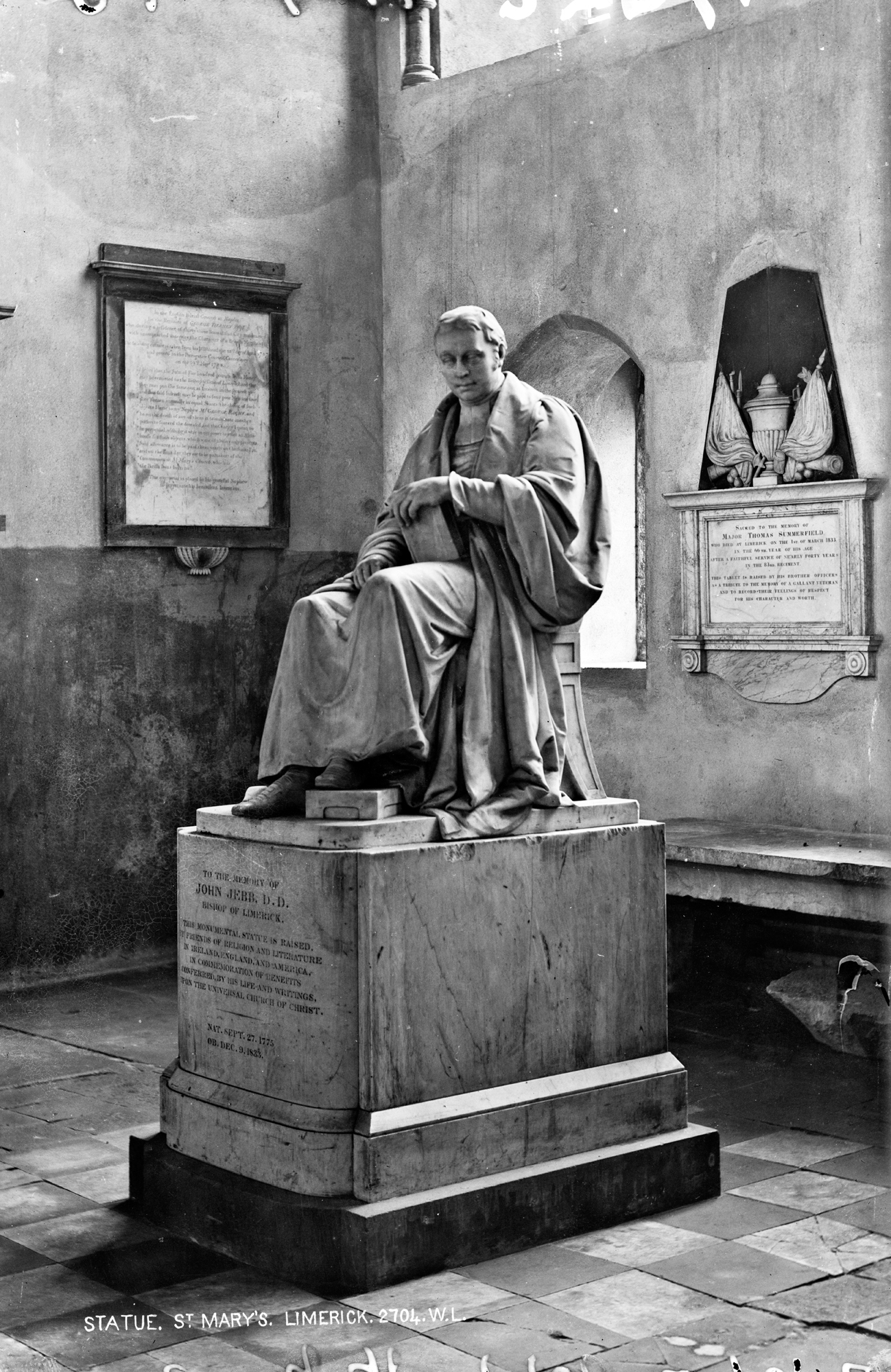 Try to find the date or year when this image was made.
Thanks for contributing!
The statue of some cleric sitting in splendid isolation in St. Mary's Cathedral in Limerick City to begin the week. Last week we visited the beautiful county of Clare and today we go east to the gateway to the Shannon and the spiritual home of Rugby on the island of Ireland.

The main learnings from today's photo concern the three memorials pictured:
• Centre is a statue of John Webb (bishop; 1775–1833) which was sculpted by Edward Hodges Baily in 1836.
• Right is a memorial to Thomas Summerfield (major; c.1767-1833) which was commissioned by his fellow officers, and
• Left is a memorial to George Tierney (merchant; d.1788) placed by his nephew following a bequest to the church in which it stands.

In terms of dating this image, Niall McAuley offers a well-consider suggestion that it was captured prior to some renovation works (in this corner of the cathedral) which completed around 1880....