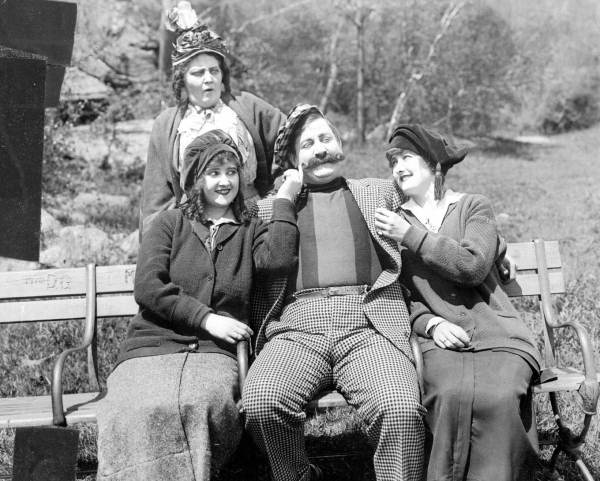 Try to find the date or year when this image was made.
Thanks for contributing!
Local call number: PR07318

General note: This image was collected by filmmaker William "Billy" Bletcher (1894-1979) while working for the Vim Comedy Company between 1915 and 1917. The small film studio was based in Jacksonville and New York. The company produced hundreds of two-reel comedies (over 156 comedies in 1916 alone). Before going out of business in 1917, it employed such stars as Oliver Hardy, Ethel Burton, Walter Stull, Arvid Gillstrom, and Kate Price.

General note: Ethel Burton (Palmer) was a popular comedic actress who made her debut with Vitagraph Pictures in 1915. She co-starred in several Billy West comedies (a popular Charlie Chaplin imitator), and was married to director Arvid Gillstrom, a Swedish-born filmmaker who directed many of the West comedies. Burton did little acting after the 1910s. Most of the films she made in Florida were with the Vim Comedy Company.