Church interior showing altar and pews. Script over altar reads "Worship the Lord in the beauty of holiness" 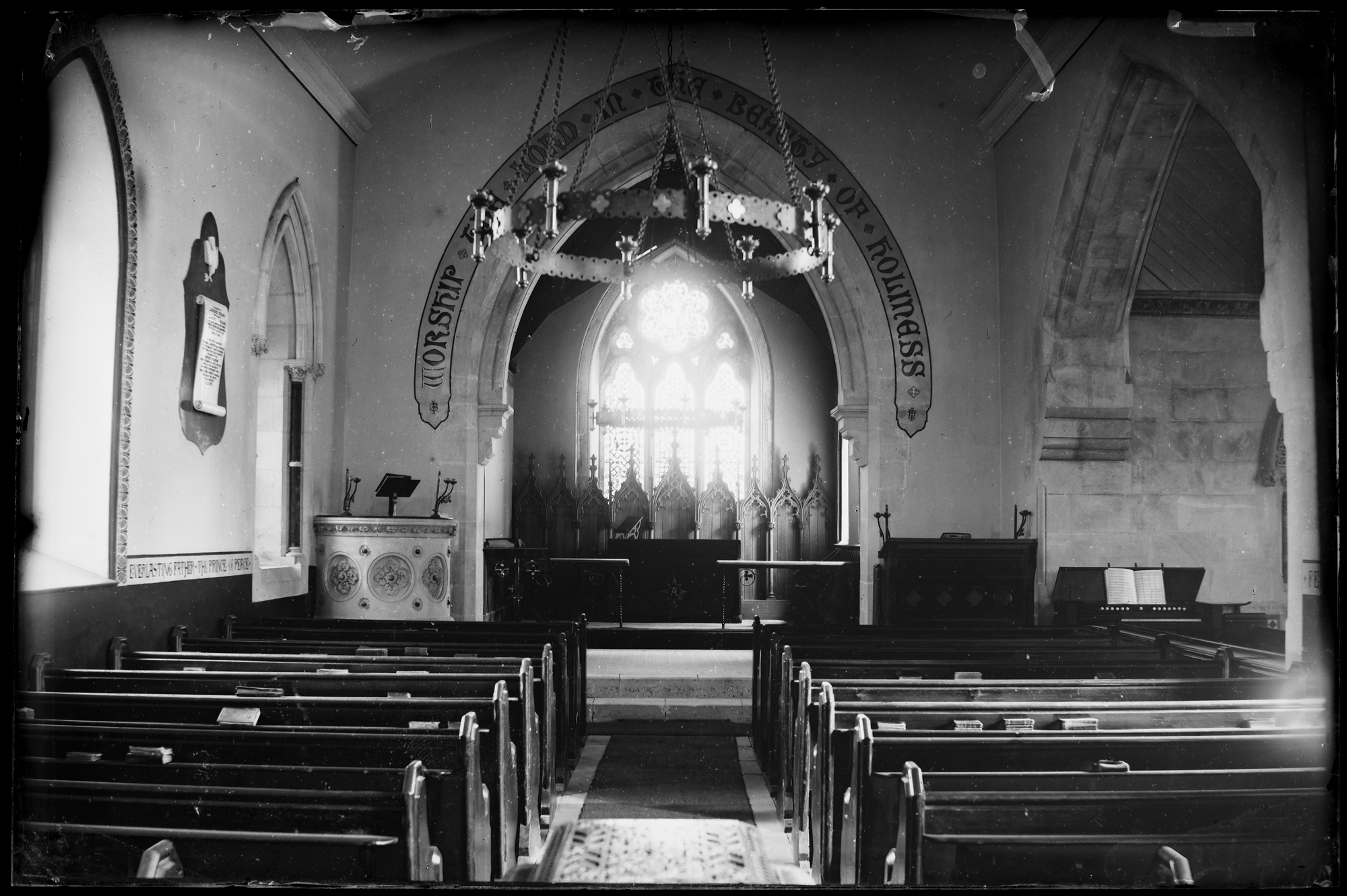 Try to find the date or year when this image was made.
Thanks for contributing!
1860-1930 gives us a date window of 70 years and yet there may be nothing in this photo which will allow us to significantly narrow that window? I am confident that we will get the location.

In terms of location, it is unequivocally established that this is St Catherine's Church (CoI) in Ahascragh, County Galway. (A church and churchyard which the Dillons and ourselves have visited before). In terms of date, based in particular on inputs from Rory Sherlock and Bernard Healy, the guys have been able to more than half the 70-year range to perhaps 30-years (likely 1870s/80s/90s). This is based primarily what we see (and don't see) on the left-handside of the image. Specifically, the scrolled memorial dates to the early 1870s. So we must be after that. And this memorial was moved, and a new trancept was built, before the mid-1900s. So we must be before then....

Fógra: There will be a guided tour of the Photo Detectives Exhibition on Wednesday next 29th November at 11 am. This tour will take approx. 45 minutes and is free to the public. It will help bring this outstanding exhibition to life for those who attend. Please pass the word to any who may be interested?