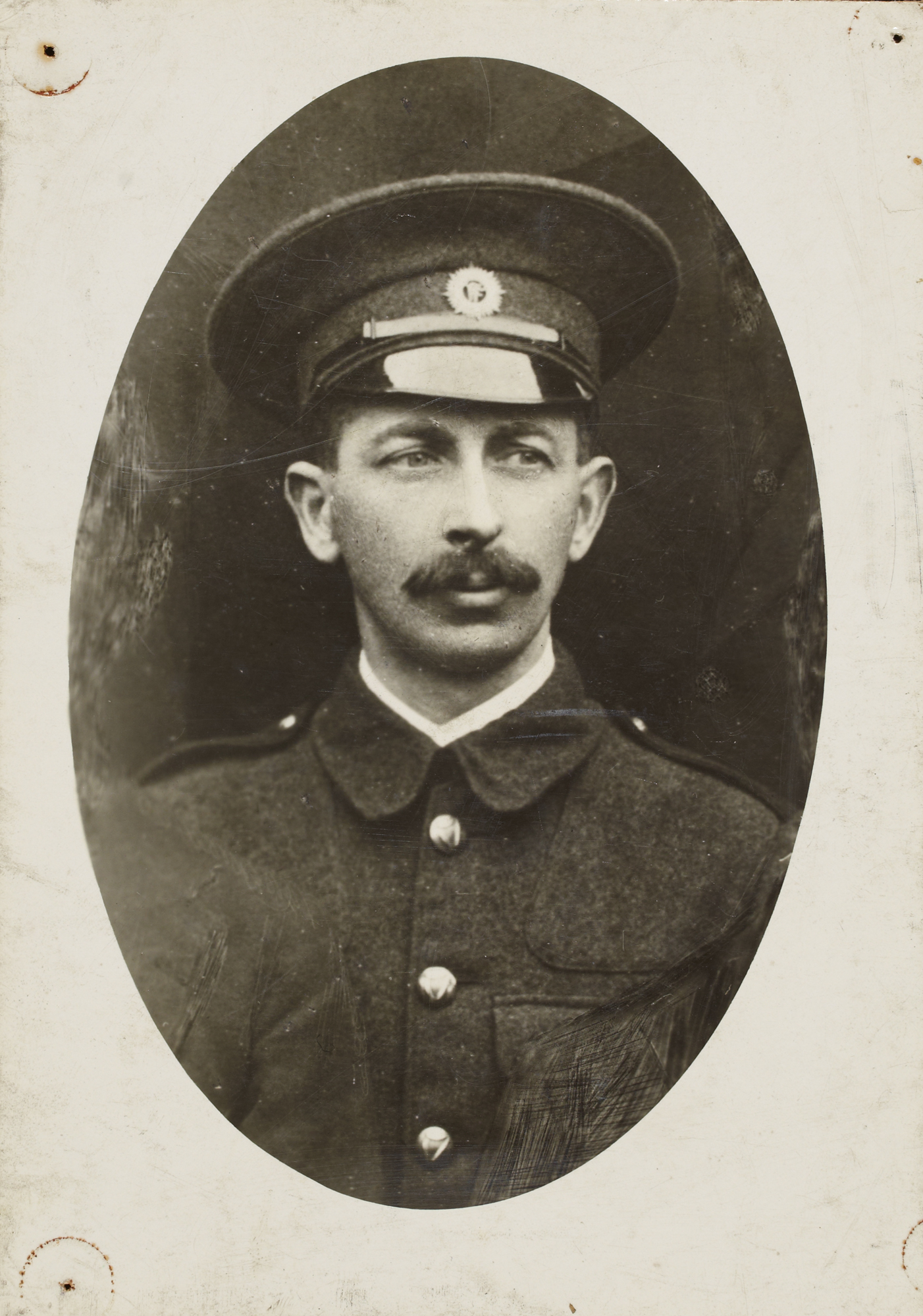 Try to find the date or year when this image was made.
Thanks for contributing!
We have an interesting photo from the Irish Political Figures Photographic Collection, I selected the photo just because I had never heard of Joseph McGuiness. I have resisted the urge to research anything about him as I like to see the history unfold as I read your comments during the day. I am of course presuming there is a story to be told about Mr McGuiness?

While some of today's class were distracted by extra-credit extra-curriculars ( :) ), we did get confirmation that this is indeed Joseph McGuinness (1875-1922). A member of the Irish Volunteers and participant in the Easter Rising, he would later become a TD in the first Dáil. A pro-treaty ally of Collins, he died in 1922 - and we were reminded that we'd shared an image of his funeral before. This image dates to his time in the Volunteers. And, based on the "photoshopping" of shoulders in the foreground, was clearly "extracted" from a group photo. Quite probably tthis 1915 group shot of the O'Donovan Rossa funeral committee...