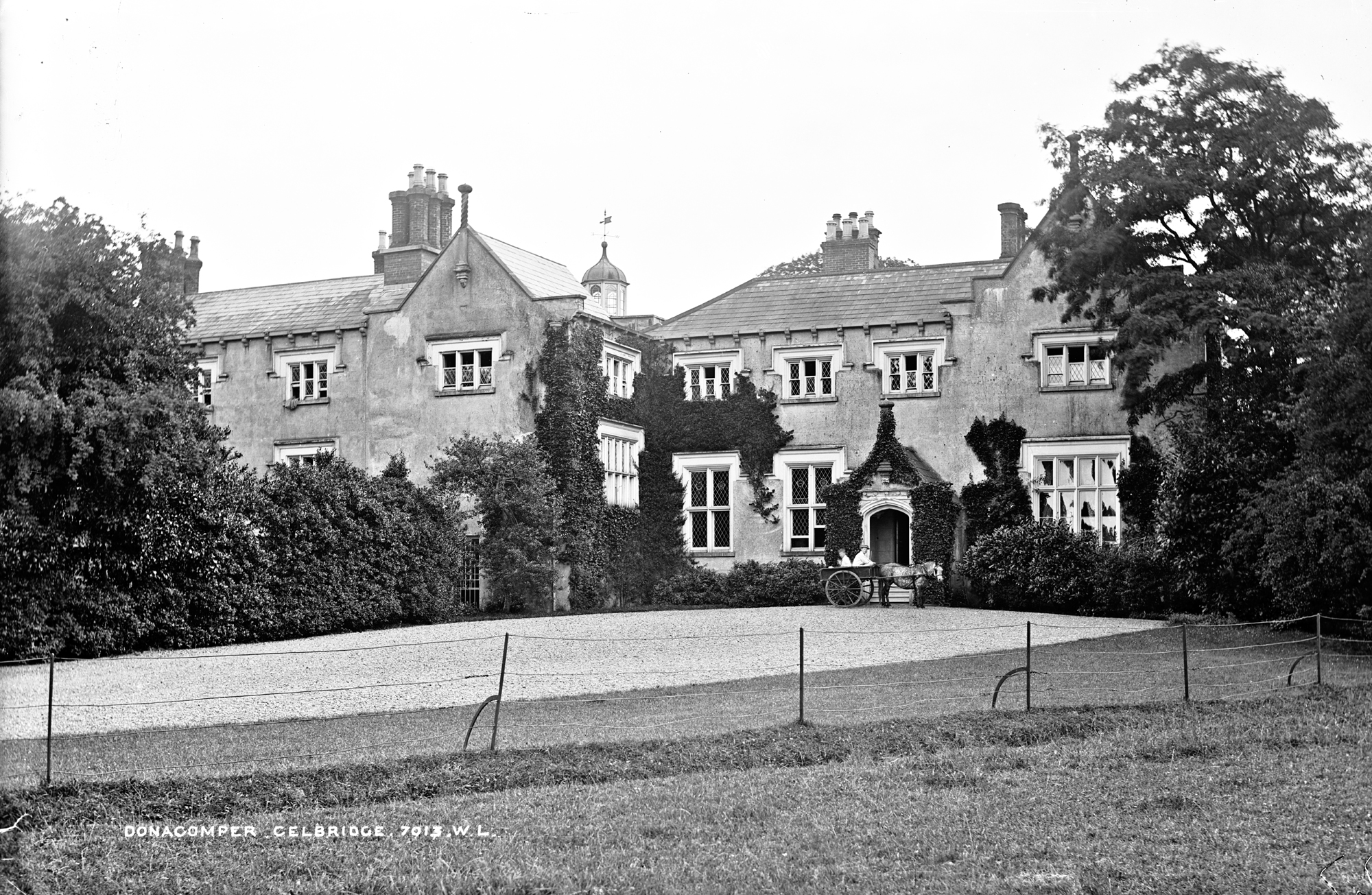 Try to find the date or year when this image was made.
Thanks for contributing!
On this Monday we present a fine Lawrence shot of Donnacomper. What can you tell us about it?

And the main things that our contributors "told us about" were the house/estate, and the lads (in the cart) by its back-door :)

On the estate, we learned that Donaghcumper House was built in the late 18th century (1770s), and significantly remodeled in Tudor Revival style in the 19th century (1830s) .It was primarily associated with the Kirkpatrick family.

On the lads in the cart, the consensus is that they are members of the extended Kirkpatrick family. And, while several other Kirkpatrick "cousins" are possible, it seems plausible that the boys in the cart are the sons of Elizabeth Mary Kirkpatrick. Namely: Ivone Hayford Thorold (1884-1913), and his younger brother Rupert Alexander Thorold (1886-1951). They lived with their mother at Donaghcumper, and Ivone may have been in his early teens in this picture. Perhaps dating it to the 1890s...


(FYI - I was in Temple Bar over the weekend and I dropped into the Photo Detectives Exhibition at the National Photographic Archive it is really worth a visit (or a revisit), please do not miss out if you are in the area. )