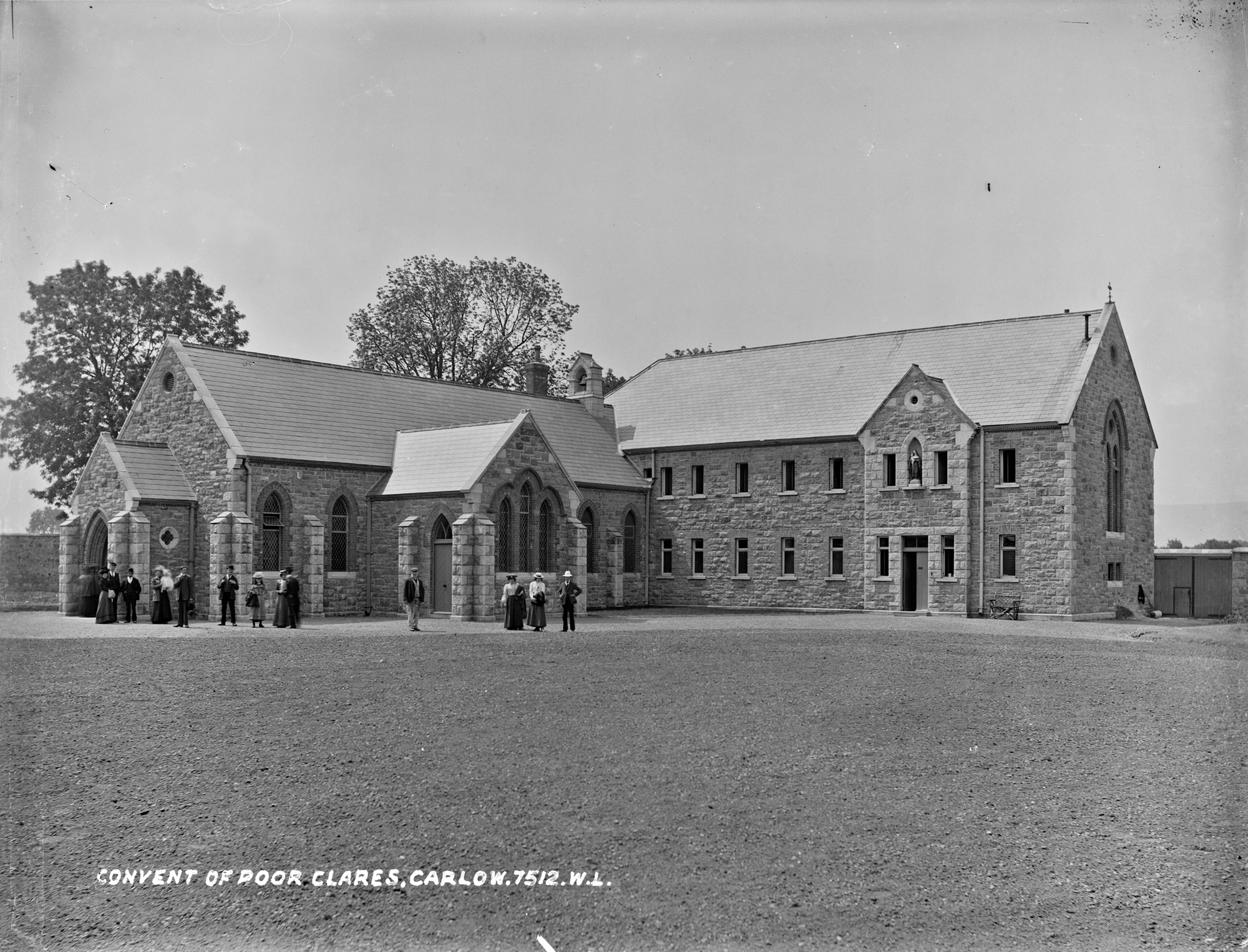 Try to find the date or year when this image was made.
Thanks for contributing!
This fine Royal sized image from the Lawrence Collection of what appears to be a shiny new Poor Clare Convent in Carlow has a gathering of people in their finery for the photograph! We can probably establish the place with ease but when was it taken and what does the place look like today!

The place looks quite similar today - on StreetView at any rate. StreetView does however confirm that a large church has since been built to the left of the convent house. In fact, Niall McAuley tells us that the church was actually moved to sit next to the convent in the 1920s. While this doesn't help date our photo, the (likely more conventional - if speedy) construction completion-date of the convent building does help. And, there's a pretty good feeling that our image dates close to when the convent was opened; in 1900.