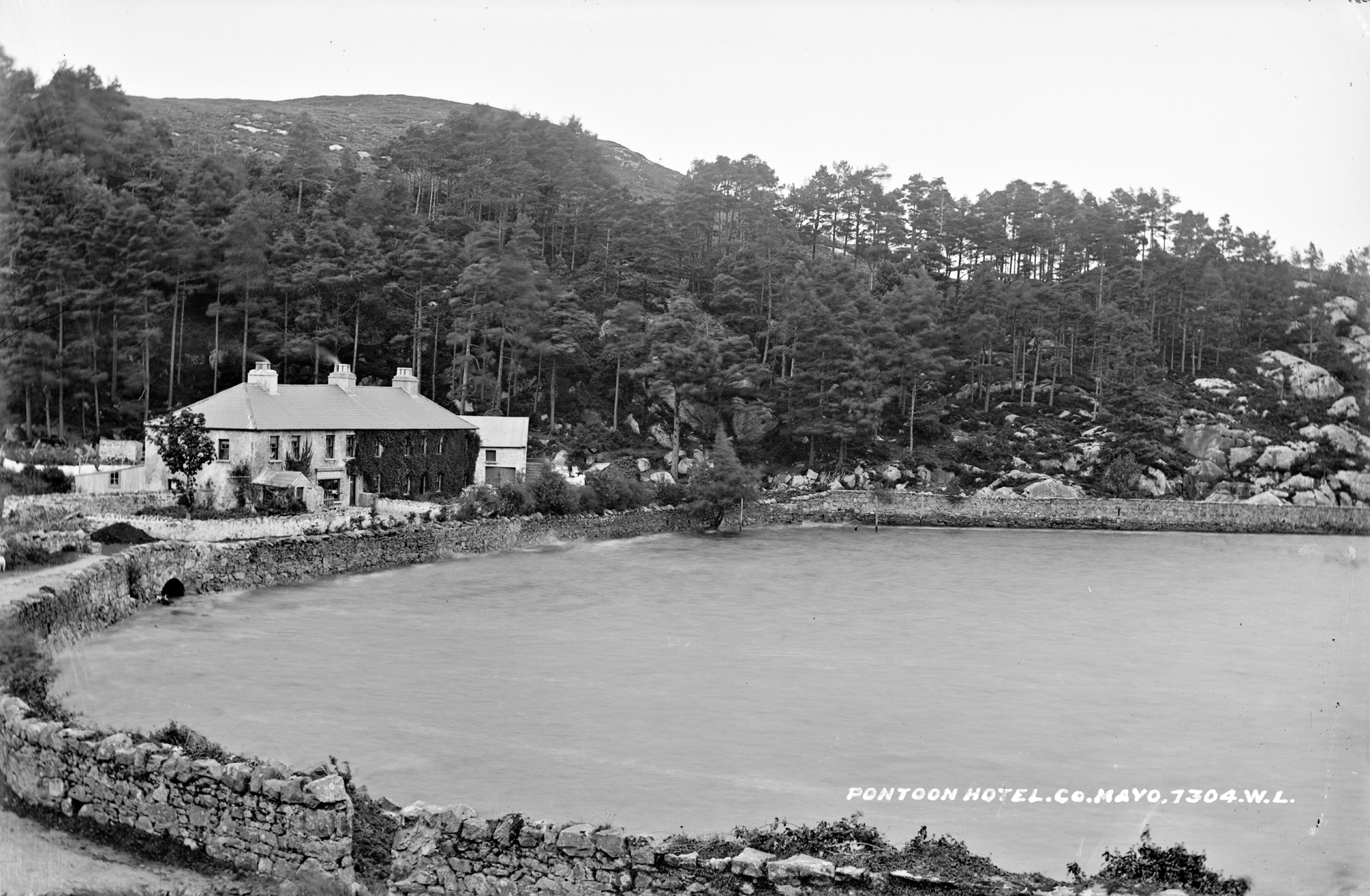 Try to find the date or year when this image was made.
Thanks for contributing!
This was the shot that should have been posted for Halloween and we might have discovered the man with the cloven hoof? Having said that, this shot by Mr. French shows a heavenly scene. And, way back when this photo was taken, it must have so restful and peaceful it seemed to be heaven?

From today's contributions we learned that Healy's Hotel (in Pontoon, County Mayo) has operated on the shores of Lough Cullen since the 1830s/1840s. After a recent downturn in fortunes, apparently it has been bought recently for development (good news). But that development may involve demolition of the original structure and a rebuild (perhaps less good news).....