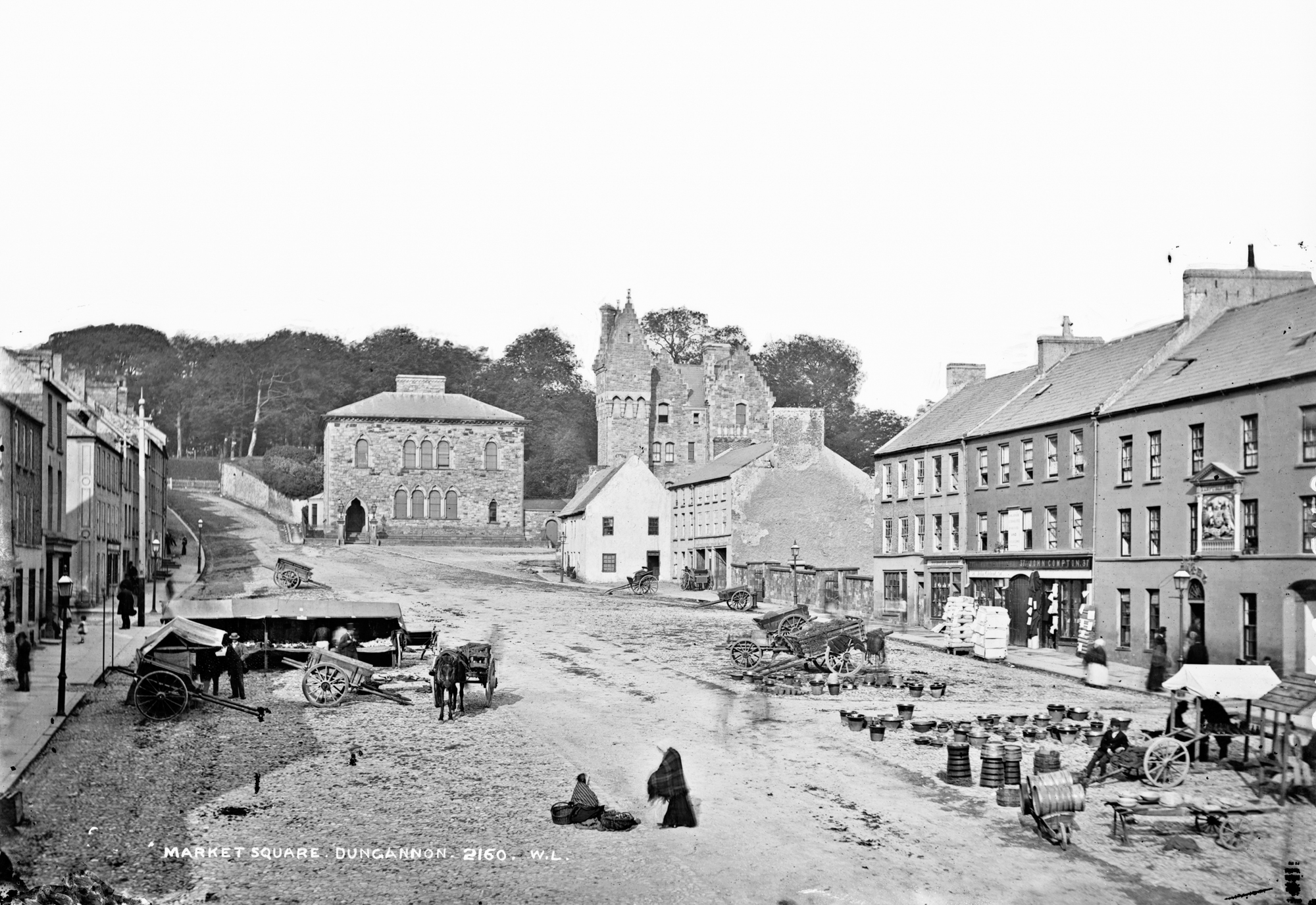 Try to find the date or year when this image was made.
Thanks for contributing!
As you can tell from the ladies in the centre of the road, heavy traffic is anticipated any day soon! This beautiful photograph of the Market Square in Dungannon, County Tyrone shows traders all set up in anticipation of sales to the people who must surely come to the market! I haven't spotted a dog yet but in a scene such as this there must surely be one about.

While some of the discussion today was on the 1871 Scots Baronial style barracks (and the almost certainly apocryphal story that the tower design was intended for constabulary barracks in the Far East), much of the conversation focused on the dating of the image. And indeed the timing of the image. The general consensus, based on the businesses present, is that this image dates from the early 1880s. Probably on a Thursday (which was market day in that period). And likely in the late afternoon (because of the shadows cast).....