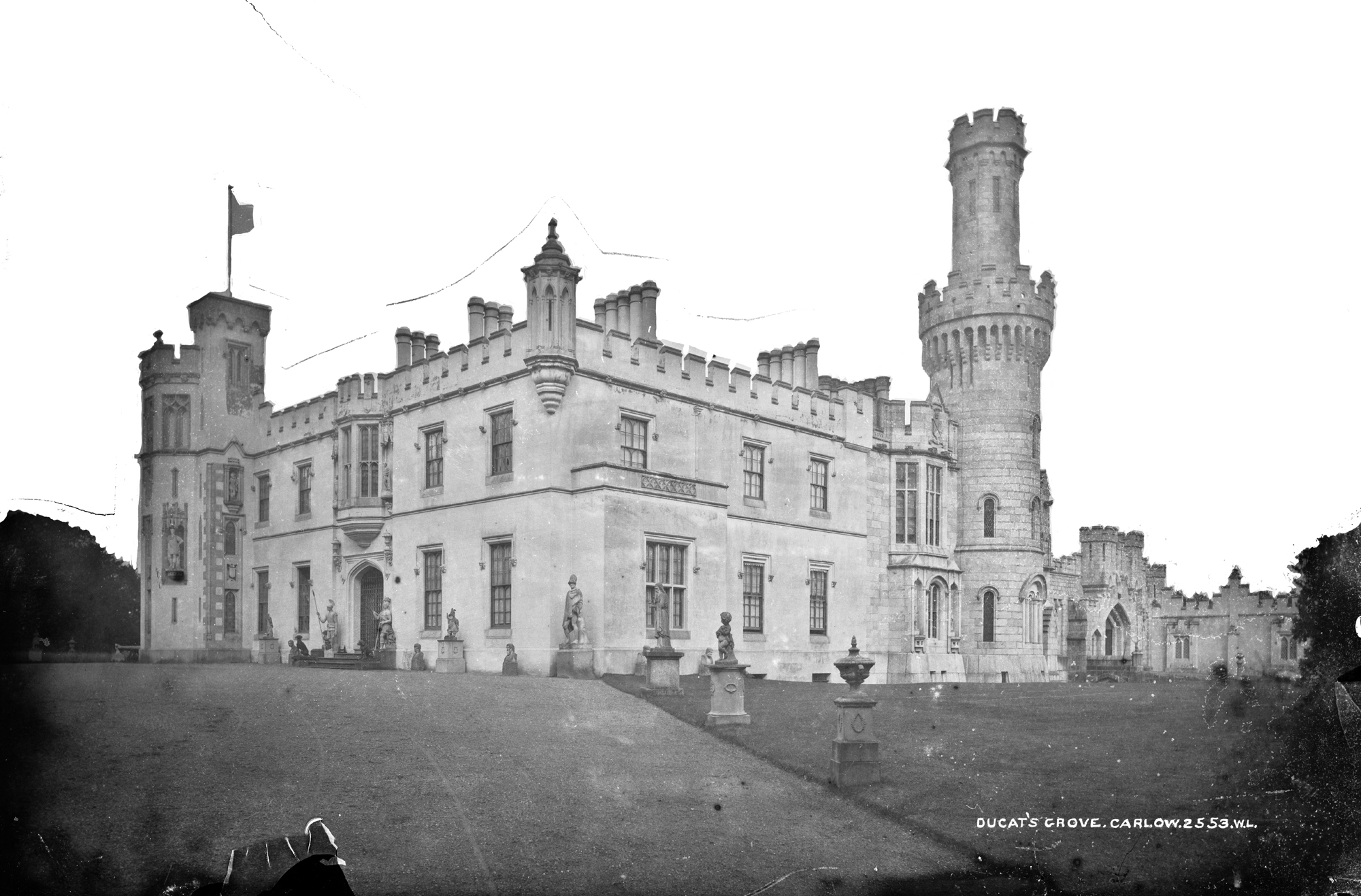 Try to find the date or year when this image was made.
Thanks for contributing!
This fairytale castle in Co. Carlow looks more like a child's dream than a mature person's reality. Lines of statues leading to a door guarded by armoured spear bearers. All this was bound to deter the faint hearted!

As attested by the contributions on this image (and the associatied Wikipedia article), while the main structure of Duckett's Grove remains, the statues and interiors do not. Home to the Duckett family for several hundred years, it was never fully occupied following their departure in 1916 - and the main building was destroyed by fire in 1933. While the interiors were never redeveloped, some life has returned to the place - with events, tourism and gardens that form part of the Carlow Garden Trail...