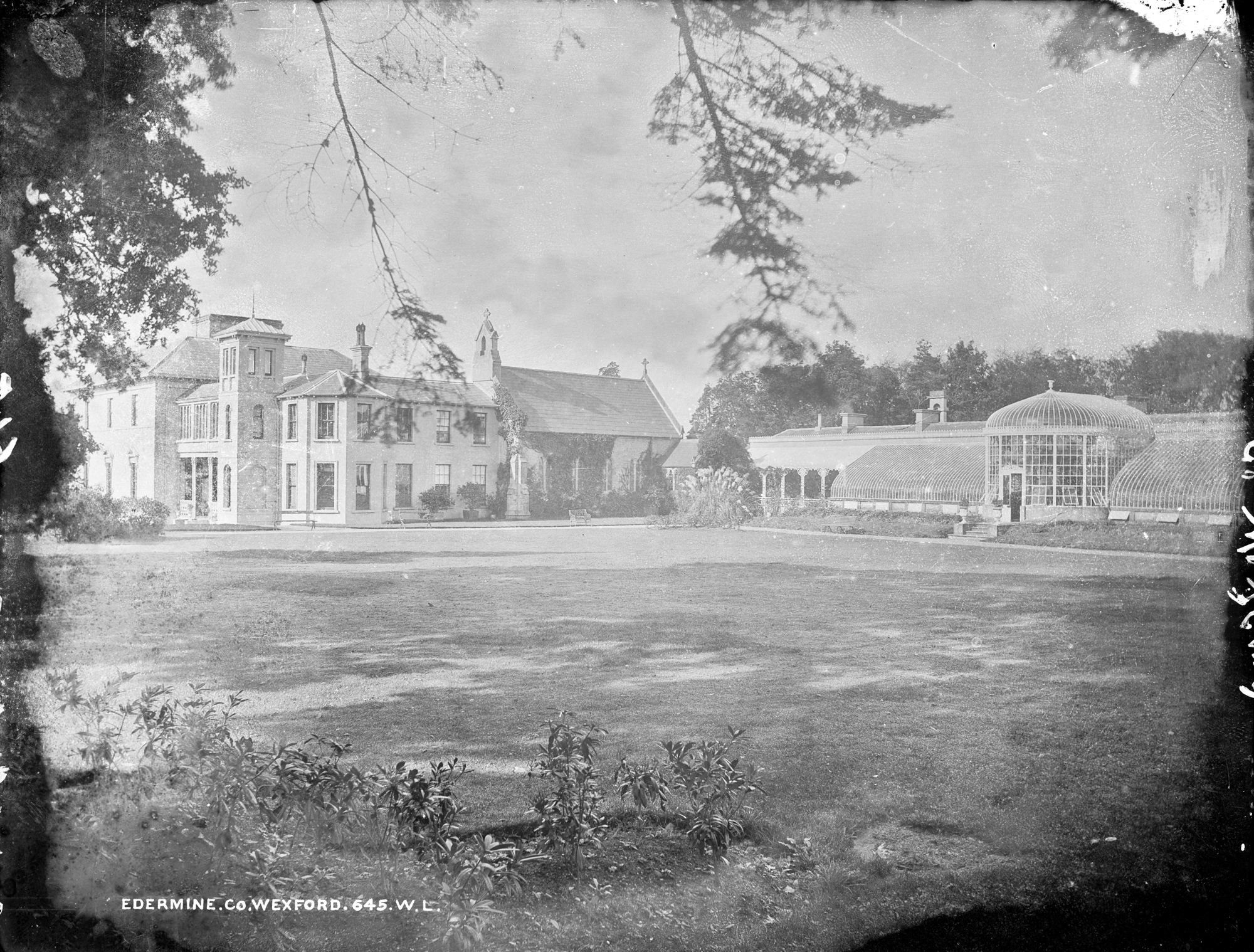 Try to find the date or year when this image was made.
Thanks for contributing!
Unusually for a Lawrence Royal plate this image is not quite tack sharp, but it does have a hazy beauty and suggestion "other times" to it! Edermine in County Wexford would appear to be a very big house with wonderful greenhouses for plant growth. I will be following the stream with interest to learn what I can about it!

And what we learned, thankfully, is that everything here is still standing - and occupied. Edermine House itself was built c.1840 by John Benjamin Keane, the central chapel built c.1860 to designs by Augustus Pugin, and the magnificent greenhouse also c.1860 by James Pierce. It seems plausible that the Talbot Powers were the resident family enjoying the gardens around the time of this photo. After hosting refugee monks 100 years ago, it now remains in private hands...