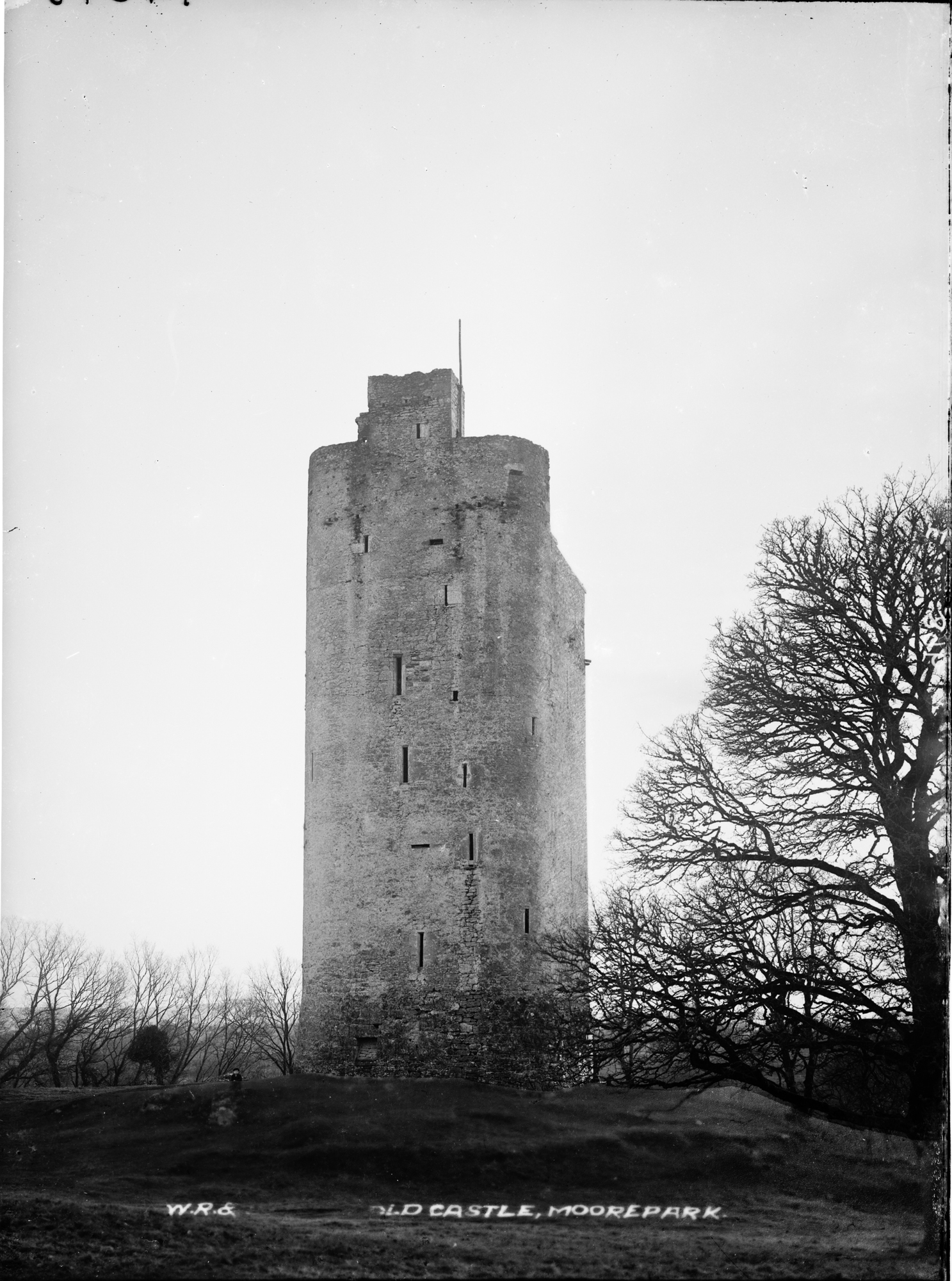 Try to find the date or year when this image was made.
Thanks for contributing!
Back to North Cork today to near Fermoy. These fortified households are dotted all around the island and calling them castles appears to be a bit of an over-inflation. This one looks very big in comparison with others I know, I wonder what makes this one so interesting?

And, we learned, what makes this one interesting is its bloody past. The original builders of this tower house were the Norman De Caunton family. Later known as the Condons, they sided with the Earl of Desmond in the 1580s during the Desmond Rebellion. On the losing side, they were forced to surrender their estates in 1588. They regained the castle for a period - only to see it taken over by the Fleetwood family in 1622. During the particularly bloody Eleven Years War (aka the Confederate Wars in Ireland), the Condons retook the castle again - decimating the surrendering Fleetwoods. The Condon return was short lived however as, in 1643, English forces retook the castle and its Condon occupants were "put to the sword". Many of *these* English soliders however were killed in the subsequent Battle of Cloghleagh. The castle may have been in the possession of the War Department when this image was captured....