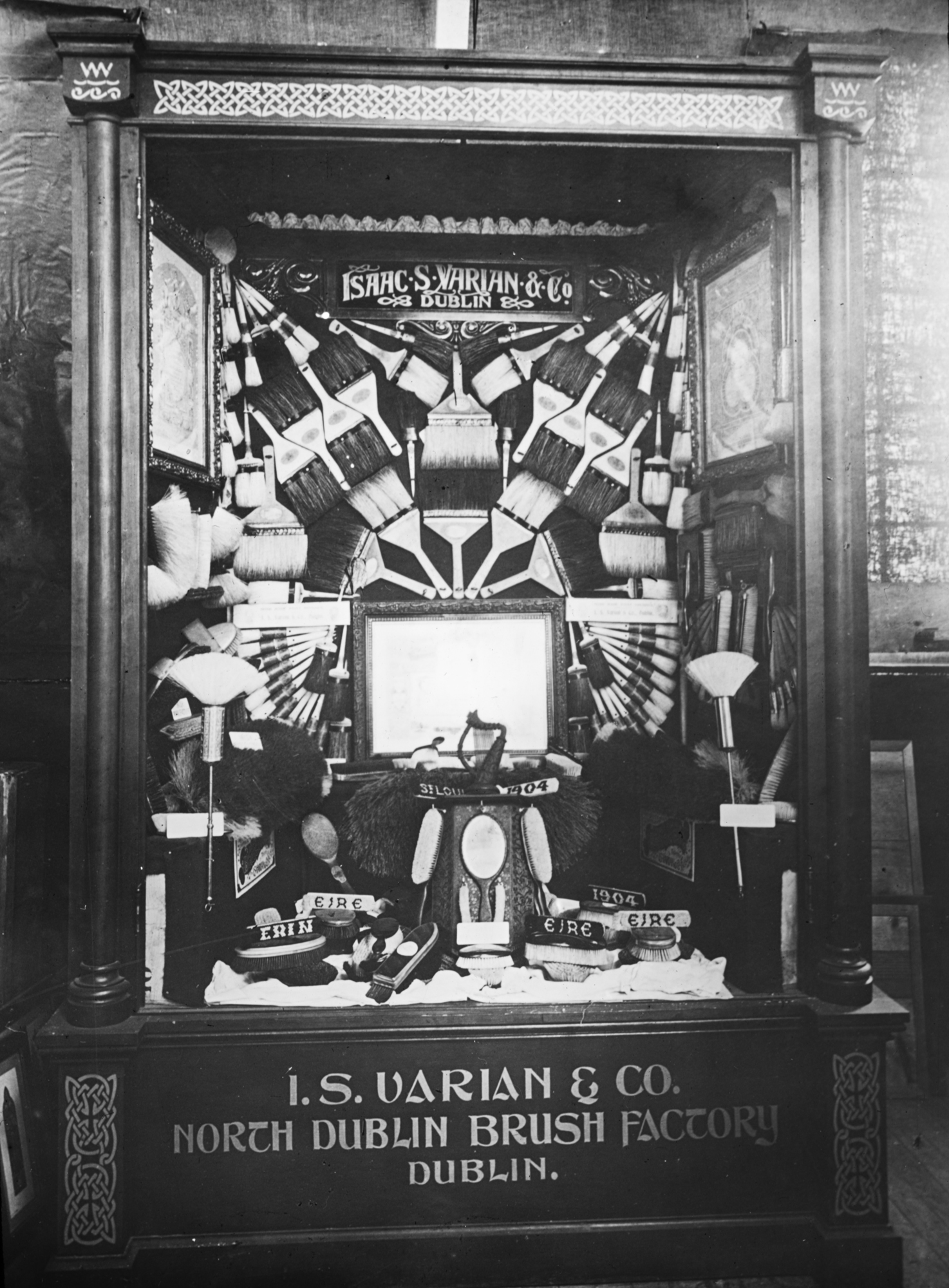 Try to find the date or year when this image was made.
Thanks for contributing!
To finish off the week we make a visit to the Mason Collection. What a great variety of brushes, I wonder can we identify all the different uses? In the 1911 Census there are 337 people with "brush" as part of the description of their occupation. These included: Brush Maker, Brush Finisher, Brush Drawer, Brush Trade, Brush Manufacturer, Brush Washer, Brush Merchant, Brush Borer and Brush Traveler. While I'm not sure what a "Brush Traveler" may have done, does the "St Louis - 1904" signage suggest that these particular brushes went on a journey?

This particular Mary must admit to knowing nothing of I.S Varian & Co, brushmakers - before today's researches that is. Particularly striking is the longevity of the business. First founded in Cork in 1798, the company was based from Dublin's Talbot Street since 1856 - and still operating from Walkinstown into the 21st century. They had upwards of 360 employees in the 1940s - some of whom continued an interesting employee renunion tradition on unique dates (4/4/1944, 5/5/1955, etc) - until recent decades. The other interesting thing (clearly) about the business were the displays of their wares. Including their display at the 1904 St Louis Worlds Fair. Given the mention of St Louis and 1904 in this particular display, it seems likely that (though probably not from the St Louis exhibition), our image dates from after this time. Perhaps 1904 - plus a few years...