Protecting his friend or standing over the vanquished? 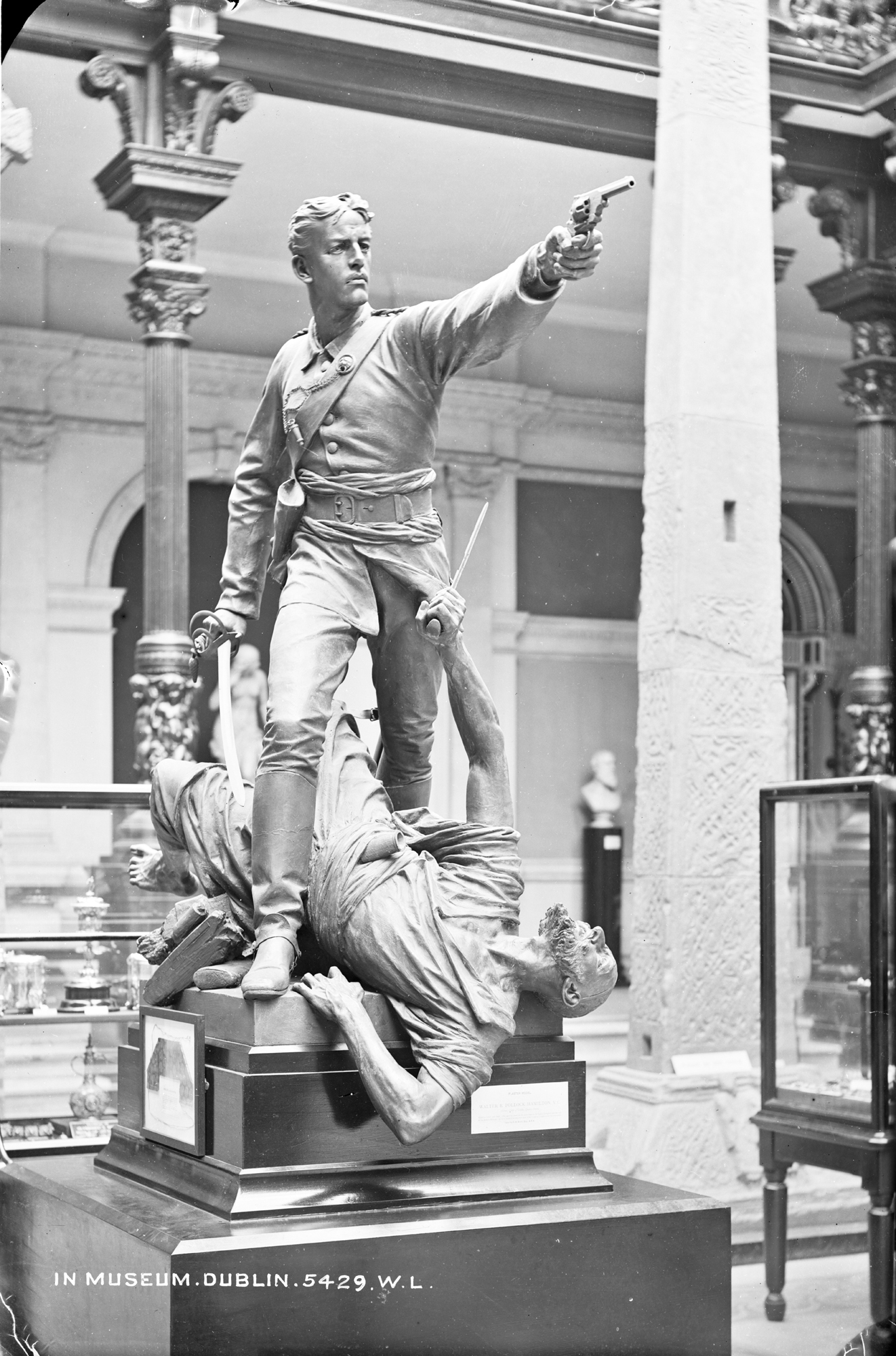 Try to find the date or year when this image was made.
Thanks for contributing!
The calm after the storm gives us time to visit the National Museum - our sister institution across the yard. The title of this shot is "Museum, Dublin" and of course it is likely in the museum in Dublin. A fine sculpture apparently depicting a scene from a battle, it should perhaps be easy enough to identify?

We, in the shelters of Library Towers, hope that all our Irish and UK supporters came through the delights of ex-Hurricane Ophelia unscathed yesterday!

Our contributors, including O Mac, B-59, Beachcomber, Niall McAuley, and Bernard Healy, gave us a wealth of information on this statue and its subject. The statue, of bronze-painted plaster, was completed sculptor Charles Bell Birch in Dublin around 1880. The captured here in Dublin's National Museum, it is now housed in the National Army Museum in London. The subject of the statue is Lieutenant Walter Hamilton of Inistioge, County Kilkenny. Hamilton, who won a VC for his actions during the Second Anglo-Afghan War, was killed during a siege of the British Residency in Kabul. The manner of his exploits, "conspicuous gallantry" and death were such that (perhaps unsurprisingly) they were captured more than once in print. And, obviously, in this dramatic statue....