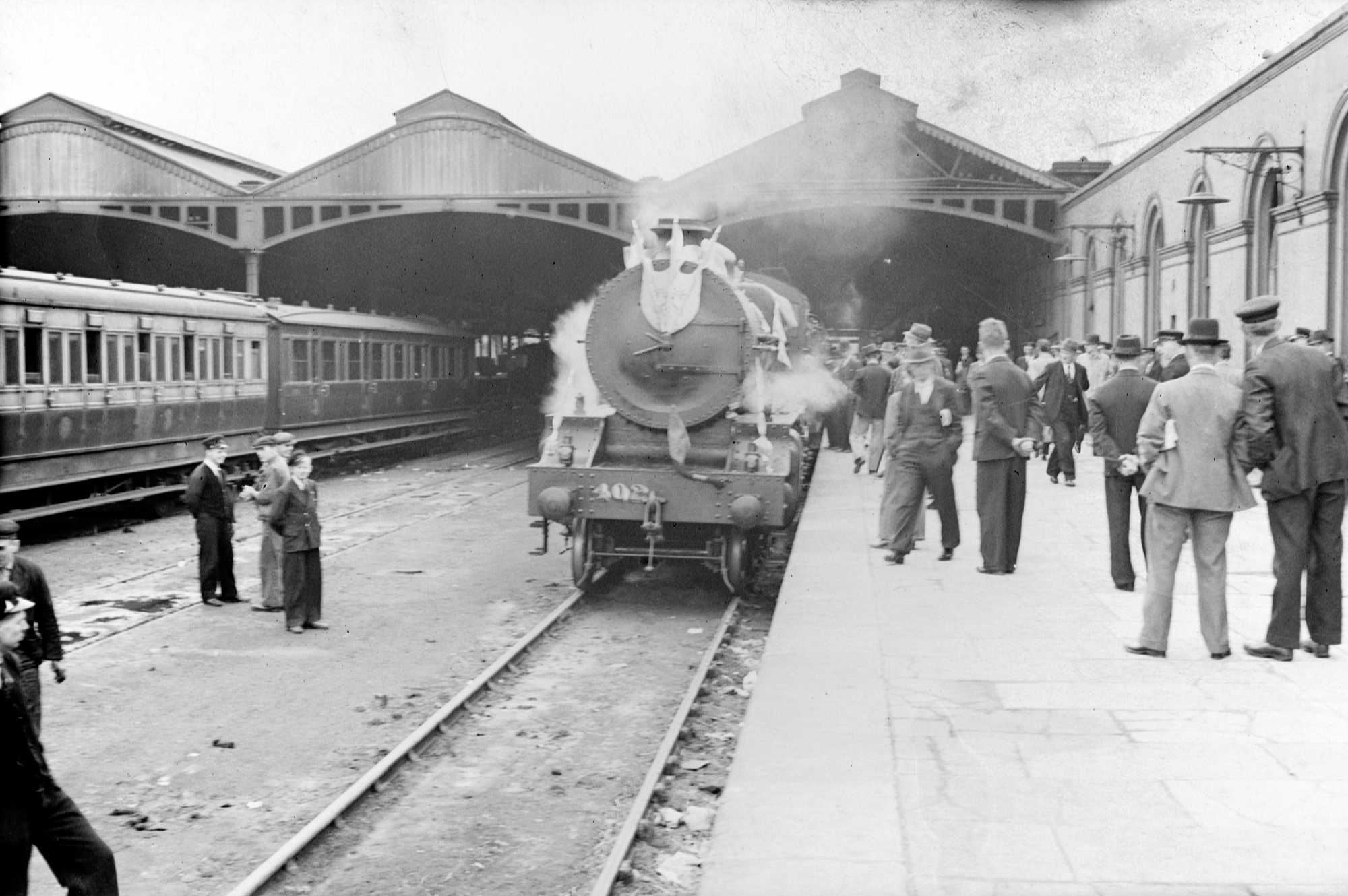 Try to find the date or year when this image was made.
Thanks for contributing!
A rare visit to the O'Dea collection today and a rather unusual image of the "De Valera" train at Kingsbridge, now Heuston, station in Dublin. It would be interesting to know where the Long Fellow was off to in 1938?

While a considerable amount of effort went into trying to discover the background to this image (thanks all!), we have as yet to pinpoint a destination or purpose for this colourful train journey. One suggestions is that the then Taoiseach was on his way to/from Galway with some bishops (and while this might explain the apparent papal arms on the front, may not tally with dates). Another suggestion is that Dev was on his way to Cork for the Treaty Port handover (but this wouldn't seem to explain the train's armorial adornments). What we did learn however is that the loco was seemingly a GS&WR 400 Class 4-6-0 steam engine - so that's something :)