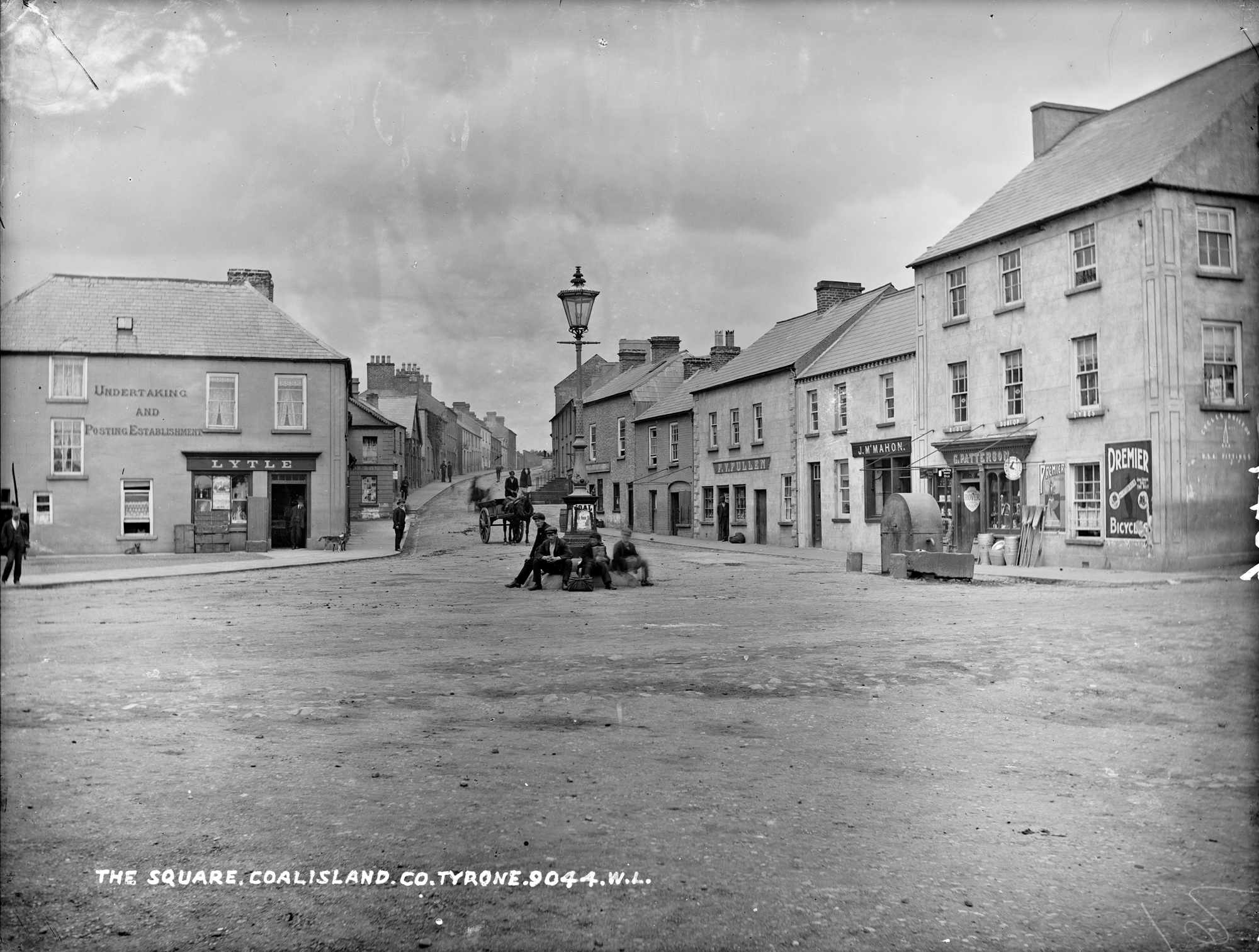 Try to find the date or year when this image was made.
Thanks for contributing!
I am weary of Dublin/Cork photographs, and so today I made an executive decision to go up to the "Wee North" today :) This fine Royal plate showing the Square (not the Diamond mind you) in Coalisland. It may bring a breath of fresh air to those tired of city life!

EXPLORE KLAXON - BAWAAAAAAH - Our photograph of De Valera in Grand Parade yesterday was our 100th Explore entry. This is a remarkable number and is entirely due to the community who do all the work on this stream. Congratualtions one and all!

Coming back to the "Wee North", among other contributions and contributors, Bernard Healy's census investigations suggest that this image is possibly after the 1901 census. But perhaps before the 1911 census. The lower bound is suggested because the Fullen family (of the "F.V. Fullen" signage we see) may have been living elsewhere nearby during the 1901 census. The upper bound is suggested because (while the Fullens were almost certainly "here" by 1911) some of the other businesses pictured were gone or had moved by then....