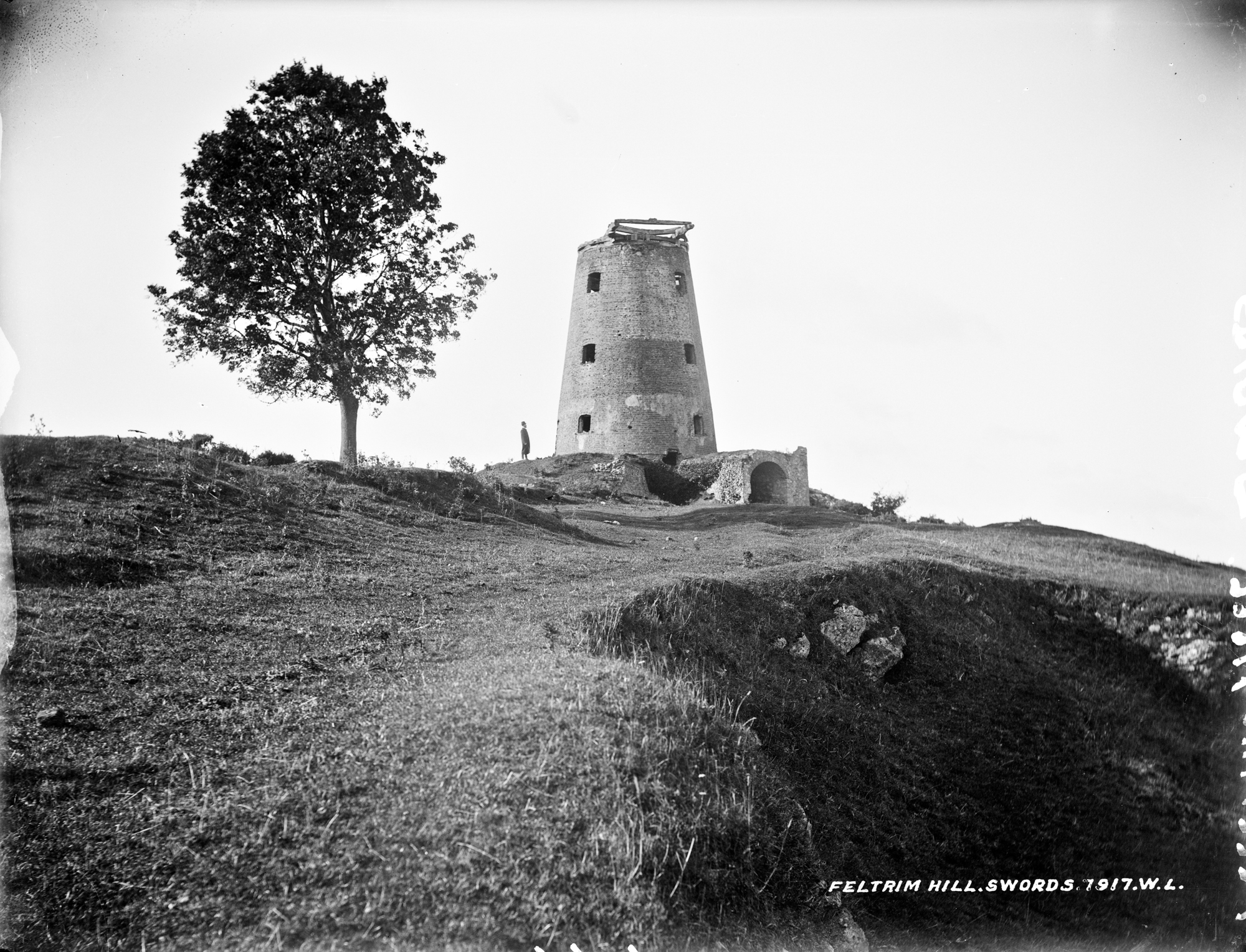 Try to find the date or year when this image was made.
Thanks for contributing!
Feltrim Hill in Swords looking down on Charles J. Haughey's old home and the Swords, Malahide and Howth in the distance. This was a prominent landmark in its time and was built on a rare (for Ireland) outcrop of coral based limestone.

Almost simultaneously several contributors identified the structure pictured as Feltrim Windmill. It was - we learned - built in the 17th century from Dutch bricks by Dutch workers. Originally used as a woolen mill, it became a corn mill, and was apparently used for a time as a semaphore tower. It stood until 1973 - when it was mysteriously/surreptitiously/criminally(?) demolished one Saturday night. It's demise apparently the source of discussion on the floor of the Dáil....