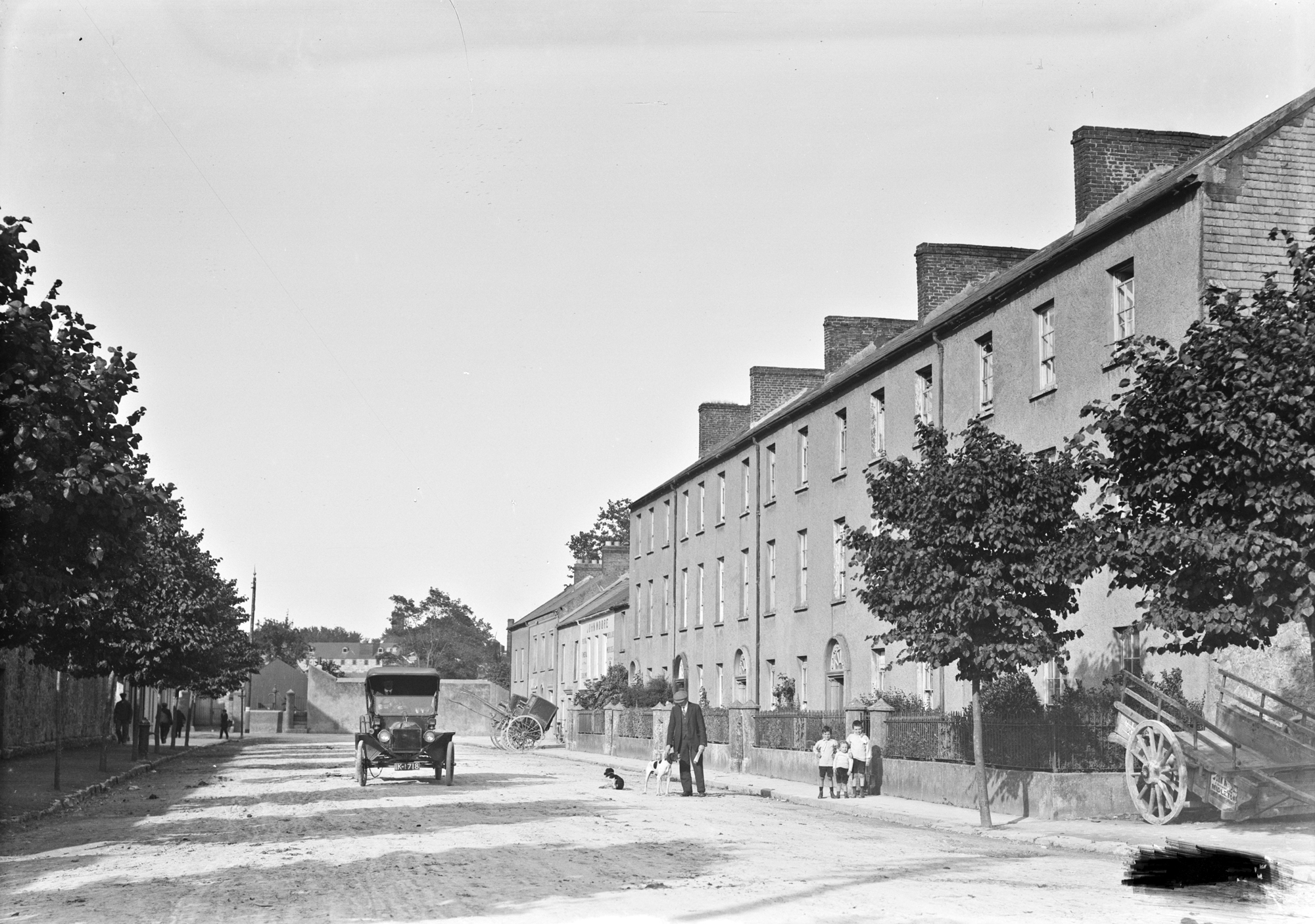 Try to find the date or year when this image was made.
Thanks for contributing!
To end the week, on Friday this time, I thought a visit to Ireland's secessionist County of Cork would be appropriate! This lovely Eason shot of a street in Midleton is a far cry from the statues, banks and hackneys of yesterday's College Green shot. It may however have some bonuses nonetheless!

The main 'bonus', prompted by initial investigations by Niall McAuley and ɹǝqɯoɔɥɔɐǝq and others, is that the car pictured is probably the Ford motor car of John Moore. John Moore, who lived on this street (Broderick Street) in Midleton, was one of only three registered car owners in the town proper. At least in the 1920s and 1930s. It seems more than plausible therefore that it is his car that is pictured. If so, it is likely that this was captured after 1916....