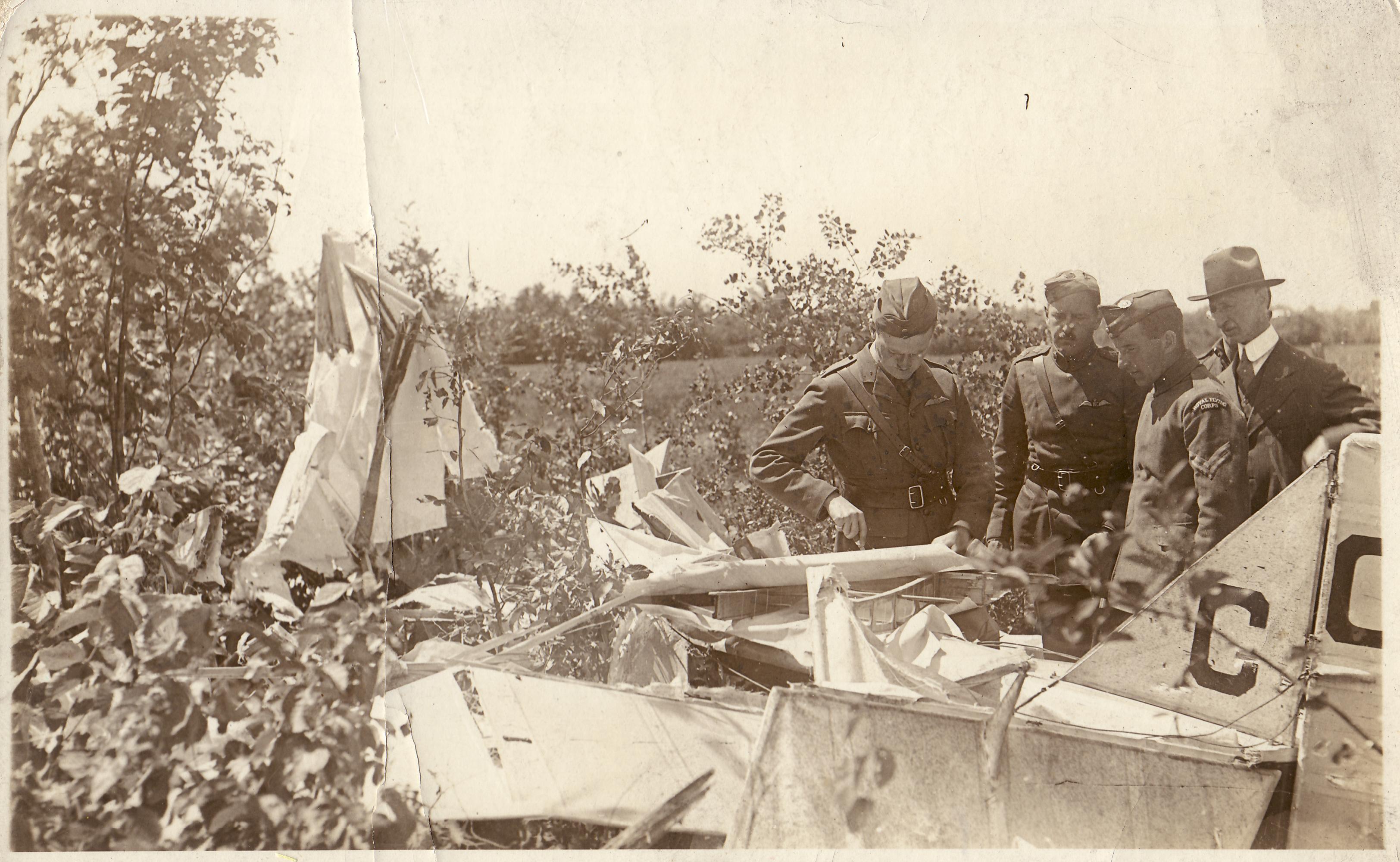 Try to find the date or year when this image was made.
Thanks for contributing!
Photo-postcard depicting hree men in military uniform and one in civilian clothes at the site of an aircraft crash. A note in pencil on the back of the postcard reads "Coroner's inquest". The man in civilian clothes is believed to be Dr E. D. Vandervoort. The aircraft is probably a Curtiss JN-4 training aircraft from Camp Rathbun, one of the Royal Flying Corps' First World War training camps near Deseronto, Ontario.