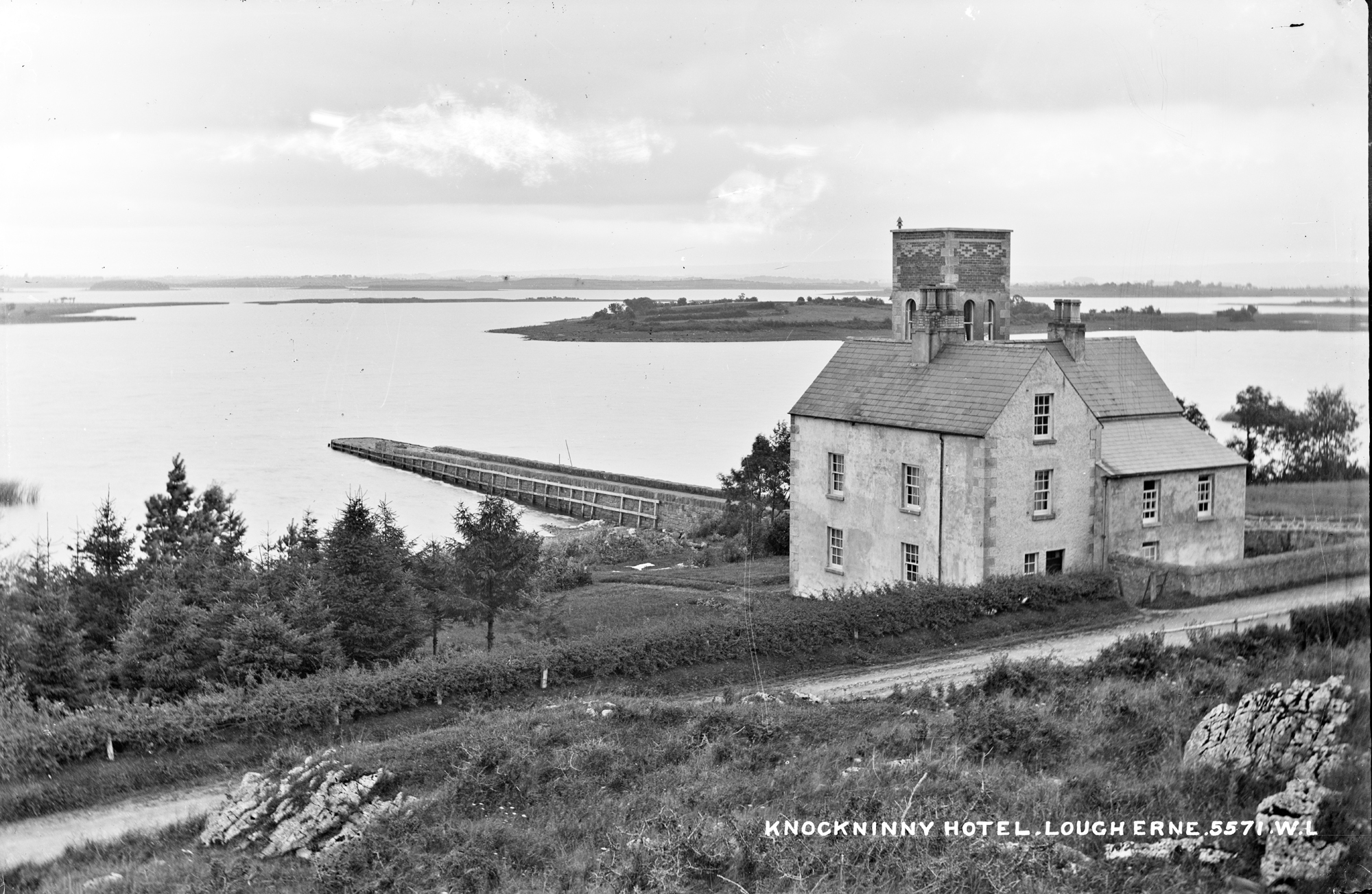 Try to find the date or year when this image was made.
Thanks for contributing!
Confusion reigns, the Quays in Derry have changed direction, instead of running along the river Foyle it appears that they now run out into Lough Erne? Or perhaps the cataloguer is in error on this shot or even Mr. French was on the sauce when he marked them up? Whatever the cause I am sure that this is a beautiful scene, well taken and most suitable to end the week. Have a great weekend one and all!

And so, confusion no longer reigns, with confirmation that this is not Derry, but Derrylin in County Fermanagh. Specifically, Knockniny Hotel on Upper Lough Erne. Located on Knockninny Quay, this hotel still stands - and evidently up for sale until very recently. There was even an association with a previous image capturing the tourism history of Lough Erne, with Niall McAuley reminding us that this hotel was opened by John Grey Vesey Porter in 1873. Possibly taking a decade or so off the earliest date in the catalogue range...