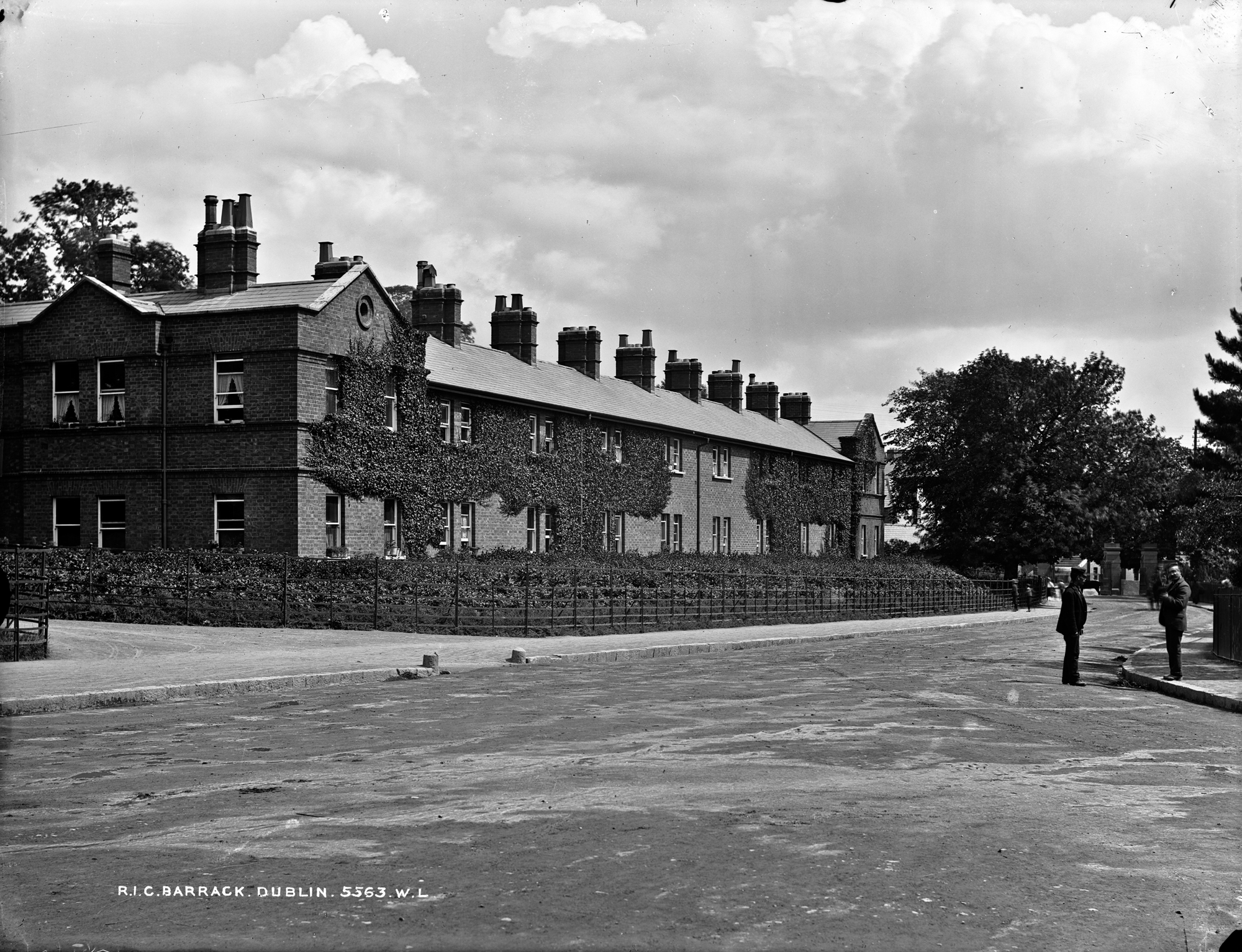 Try to find the date or year when this image was made.
Thanks for contributing!
Situated just inside the North Circular Road gates to the Phoenix Park these lovely, old, red bricked buildings always seemed separate from the old RIC Depot. Was Mr. French correct in his assertion that it was part of the Depot? It is certainly not the image that is shown these days for Garda Headquarters.

The suggestion (proposed by Bernard Healy and endorsed by Niall McAuley and swordscookie) is that these were the 'Married Quarters' for RIC members and families based at the main Depot. Though only very slightly modified over the years since, the modern StreetView doesn't include the armed sentries which Carol Maddock tells us patrolled the site in the decades around this photo....