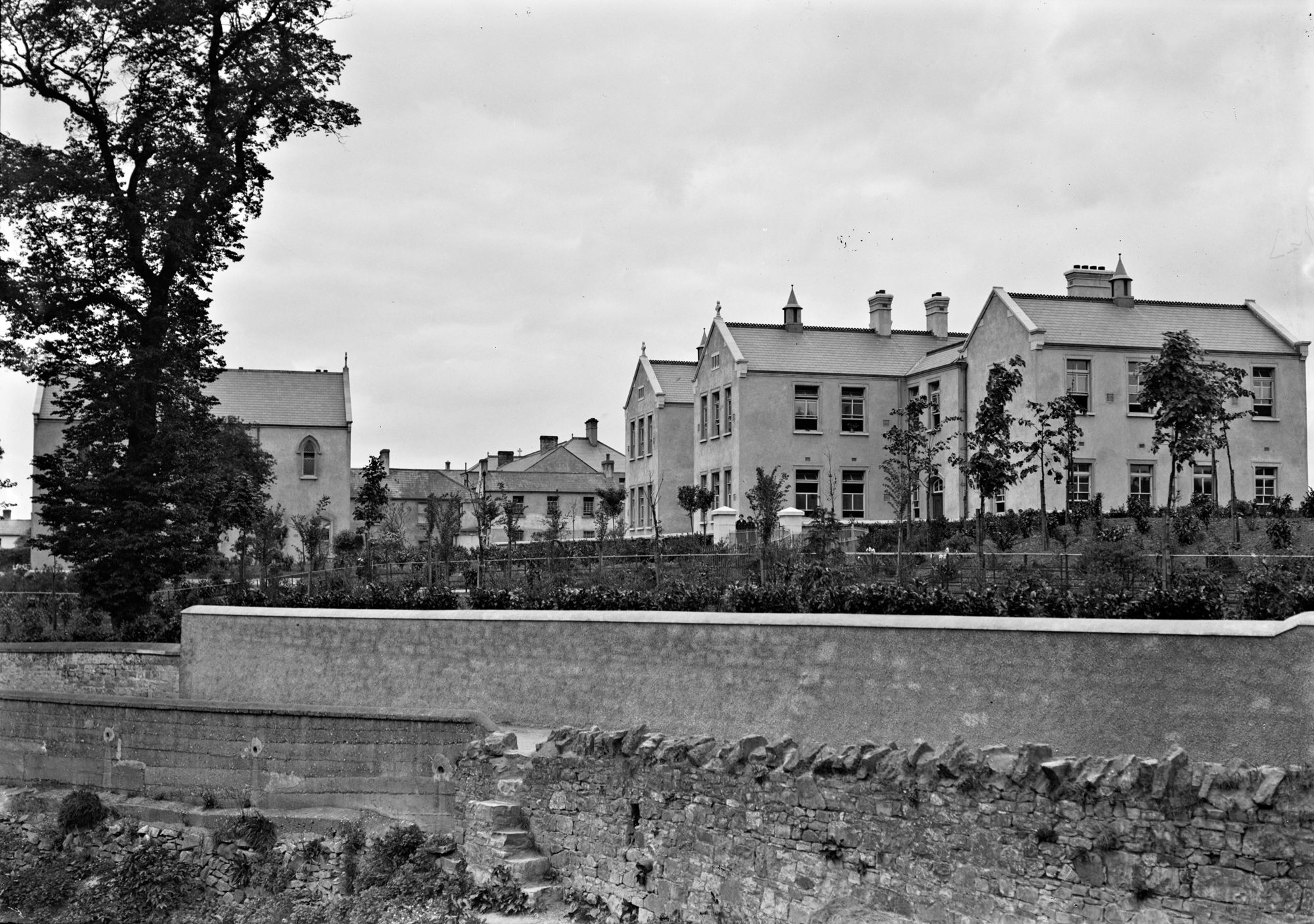 Try to find the date or year when this image was made.
Thanks for contributing!
For most recent photographs, with the exception of the DeValera image, we knew where if not the when or the who but today I believe we have a conundrum of sorts. The catalogue title on this says "View of Houses, Dublin City, Co. Dublin"! Now this is clearly an institution somewhere, perhaps not even in Dublin, and not a group of houses in the form of separate residences. What is it, where is it and when was this image likely to have been captured?

While it took part of the weekend (proving that "sleeping on it" is sometimes useful), the persistence of a number of editors have confirmed that this is St. Joseph's Mercy Convent in Navan. Almost certainly photographed after 1910. derangedlemur and Niall McAuley in particular were instrumental in finding and confirming the location, with Frank_C providing extra information on the foreground stream. The latter has since been culverted - and is seemingly part of Leighsbrook Lane in Navan...