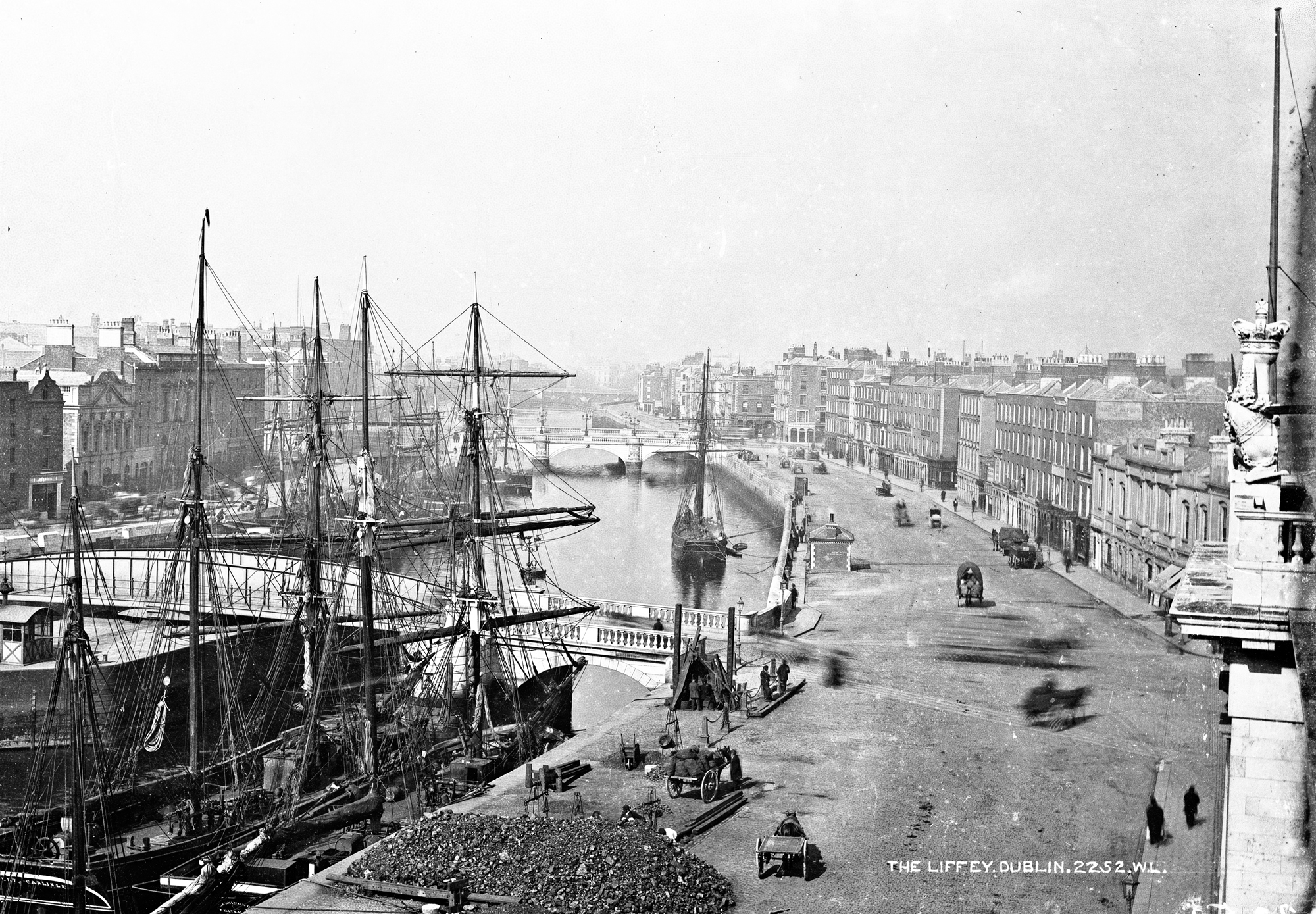 Try to find the date or year when this image was made.
Thanks for contributing!
Monday morning should be somewhat dismal as the start of yet another week, but this Lawrence image should cheer people up! The River Liffey as none of us has ever seen it - with a bridge that no longer exists (which might help with dating?). There is a speeding 'ghost' showing that horses could really move when they had to!

And indeed the old Butt Bridge (the swing bridge in the left foreground) did help with dating; as Sharon Corbet pointed-out that it opened in 1879. Reducing the catalogue range by 15 years or so. This was reduced further with the state/status of another bridge; as Grumpy Old 'Tog confirmed that Carlisle (O'Connell) Bridge was redeveloped in 1882. But it is the non-existence of the (then very controversial) Loopline Railway Bridge that perhaps helps the most; as, if this were taken in 1889 or later, we'd at least see the initial stages of its construction. The bridges therefore help us confirm a mid-1880s date....