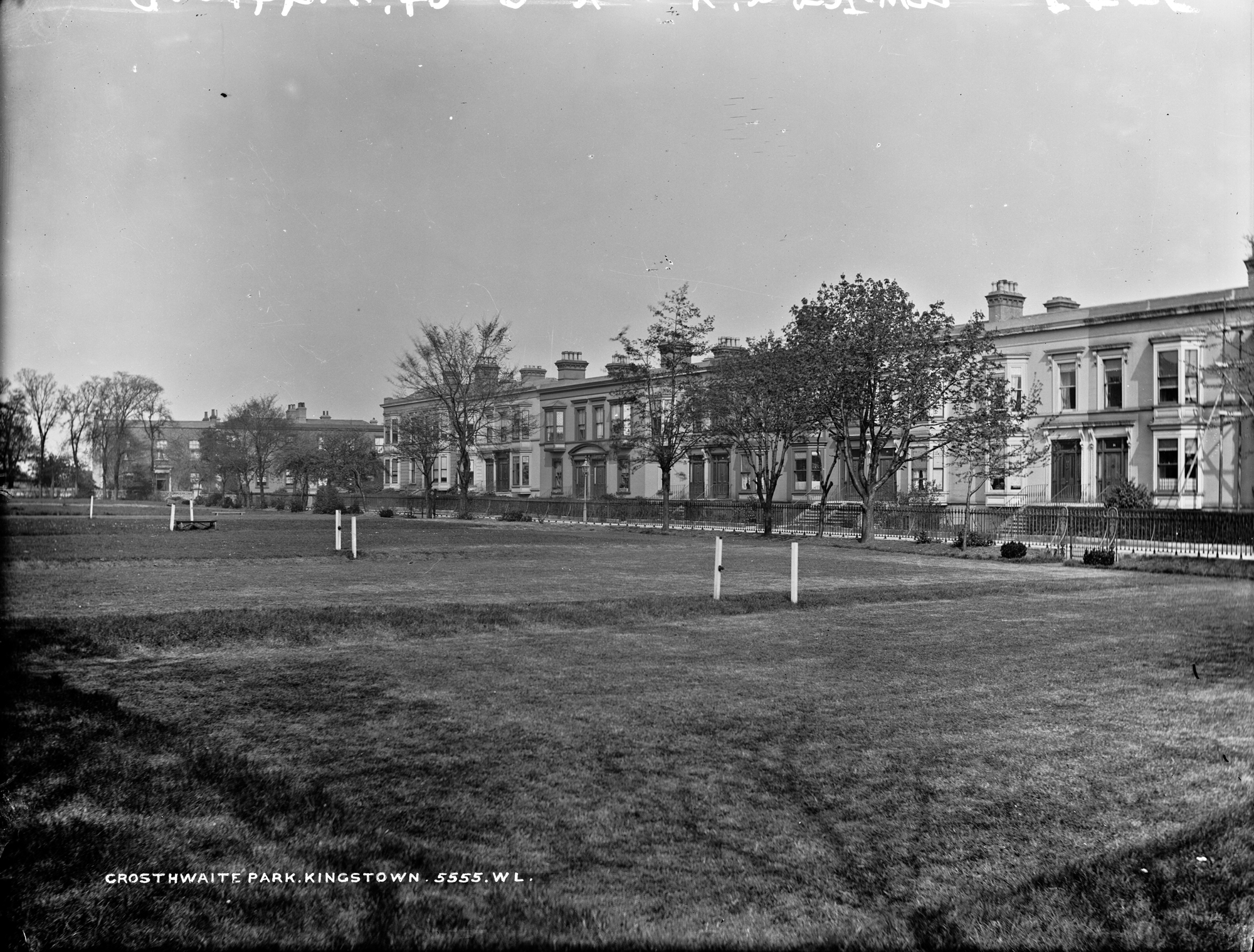 Try to find the date or year when this image was made.
Thanks for contributing!
A shot of a suburban scene in an exclusive area of Kingstown, as it was then known, in County Dublin. The beauty of the seascape, the proximity to the city centre and the easy access to the first railway in Ireland all make this area still very desirable. What was it about Crosthwaite Park though that attracted Robert French to take such shots?

Niall McAuley tells us that this part of Dún Laoghaire was developed in the 1860s and 1870s, so it is possible that they were relatively new when this photo was taken. Sharon.corbet and Dún Laoghaire Micheál offer some extra information on the namesake developer, John Crosthwaite (1794-1884) who was a local - with Dún Laoghaire Micheál going so far as to source an article on the reading of his will. The houses surrounding the park were seemingly home to a number of influential names over the years, so it may be its grandeur, relative newness, or the prestige address that prompted this shot....