Group of what may be foreign dignitaries 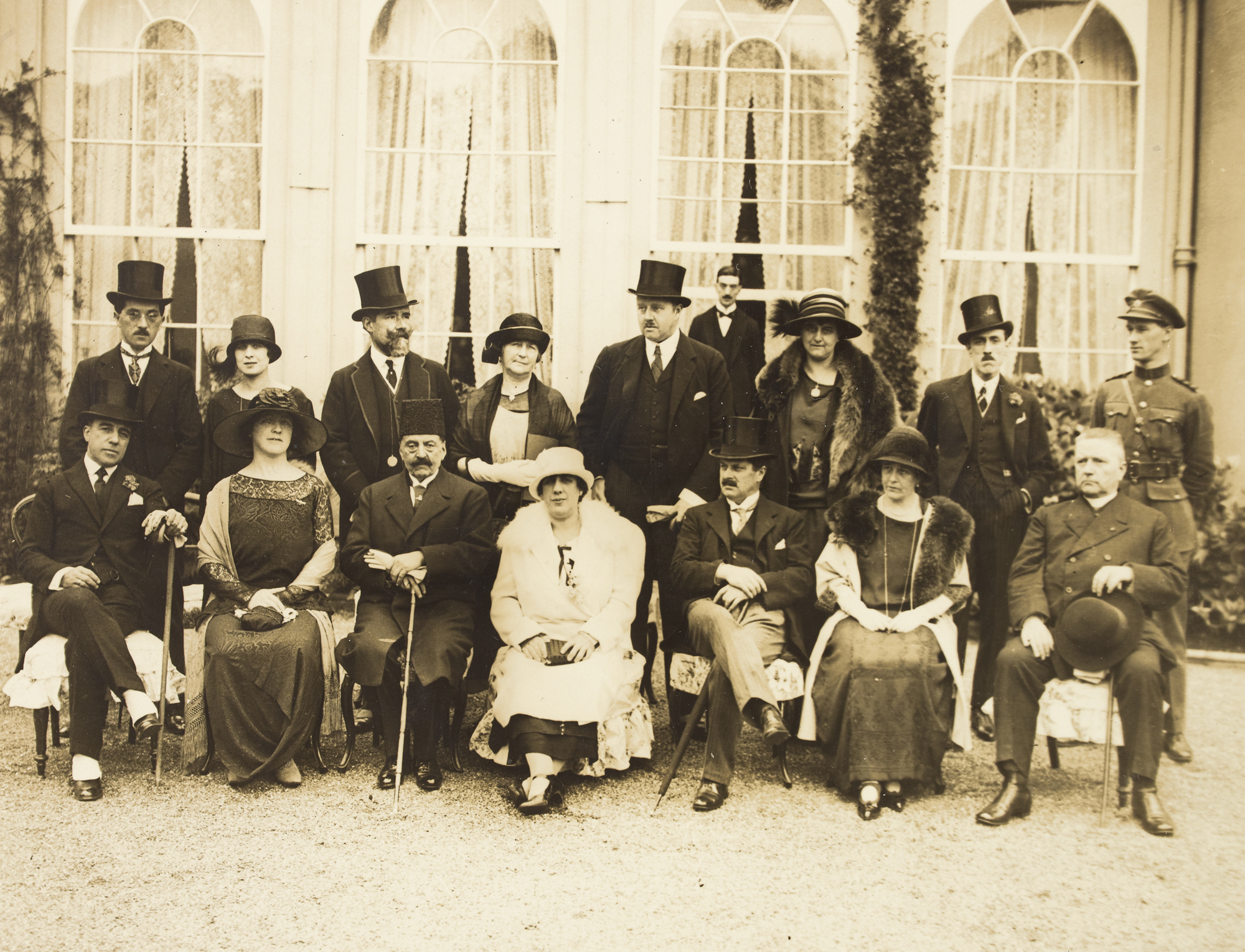 Try to find the date or year when this image was made.
Thanks for contributing!
A Fez, furs, feathers, monocles, moustaches, spats, top hats, flowers all add up to a very well dressed group with a lot of self esteem and no little wealth and importance. The army officer at the rear is clearly wearing an early Irish Army uniform so we can take it that it was taken in Ireland but what else do we know about them?

Almost simultaneously sharon.corbet and guliolopez suggested that this image is from the same period as a previous image from this stream. If so, it would date this image to 1924 (rather than the c.1922 of the catalogue entry), and probably capture a group of dignitaries, possibly at the Chief Steward's Lodge, during the inaugural Tailteann Games....