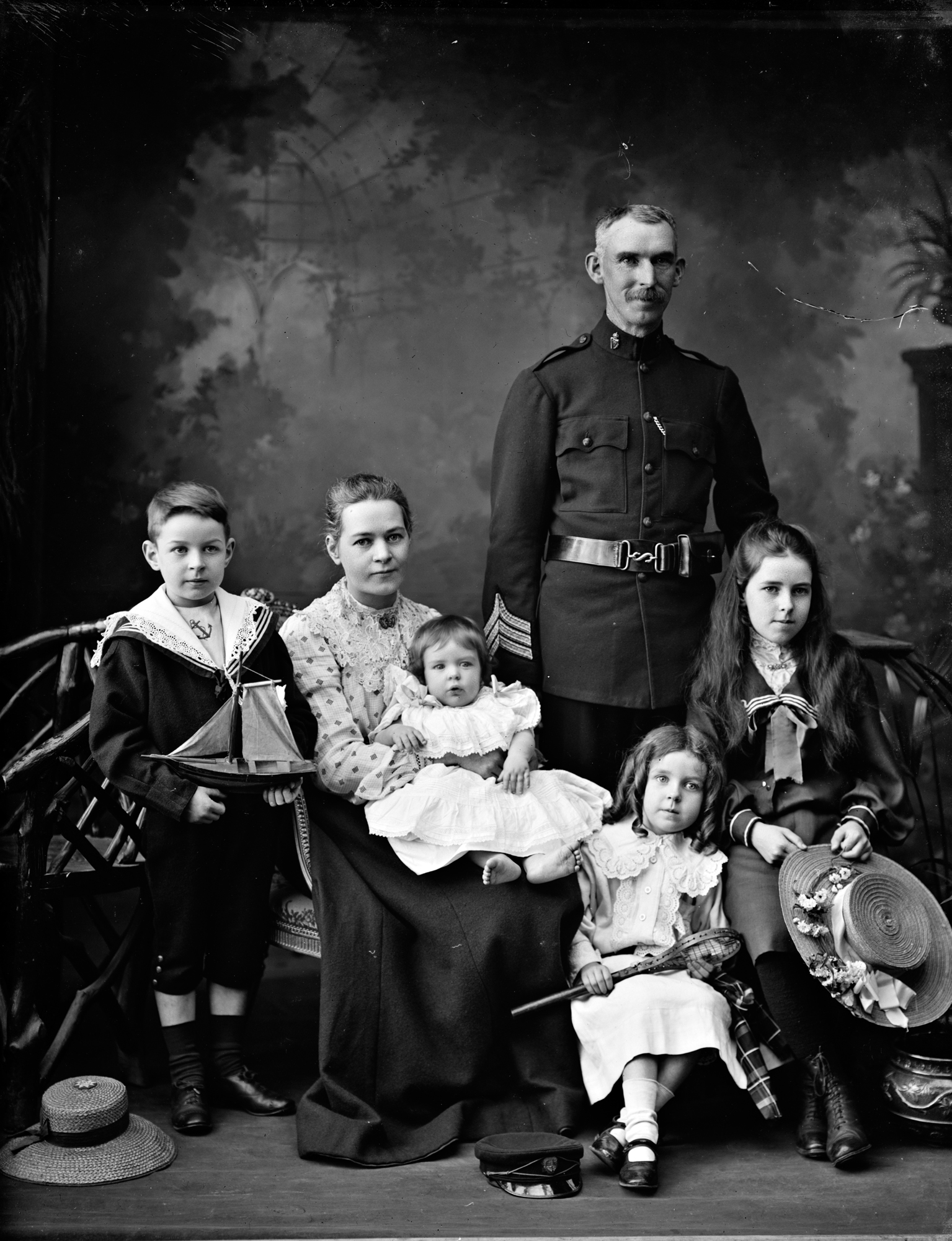 Try to find the date or year when this image was made.
Thanks for contributing!
Sergeant Ruttle, the 'Member in Charge' of Passage East Barracks and his family make a fine image to end our week on. In 1907 when this was taken the world order was seemingly rock solid, peace prevailed, the empires blossomed and all was well with the world. Within a few short years that would all change, change utterly and how, I wonder, would the Ruttle family fare out in the unravelling?...

...And the answer we received has reminded us why we've (re)labelled this group the 'Photo Detectives'. With thanks to incredible inputs from Sharon.corbet, BeachcomberAustralia, Niall McAuley, O Mac, John Spooner, and Bernard Healy (which included various census entries, obituaries, and even an image of the family plot) we know that the Ruttles didn't fare too badly :) With:

• Michael Ruttle (Sgt RIC of Tipperary) born in 1864 to a Hugenot family(?), served in various RIC barracks, lived in Portlaw Waterford in his later years, died aged 83 in 1947
• Olivia Ruttle (originally of the Stewart family of Mountrath) was born 1869, died aged 85 in 1954
• Olivia Annie Ruttle (girl w/racket), 4 in this picture, married a man name Walker, and lived to 96!
• Ouida Victoria Ruttle (older girl), 9 in this picture, lived til 1984, aged 86
• William E.P. Ruttle (boy w/boat), aged 7 in this picture, is possibly the William Ernest Patrick Ruttle who was serving with the Leinster Regiment in 1919, lived til his 89th year and is perhaps buried in Deansgrange, Dublin
• Henry Samuel Ruttle (the baby), is almost certainly the H.S. Ruttle who played rugby for Leinster and captained the London Irish, was called to the bar after studying law, was a Flight Lieutenant (and Judge Advocates General/JAG officer) with the RAF during WWII, served as a circuit court Judge for 20 years, and was joint editor of ‘The County Court Practice’ journal. He died as recently as 1995.

There were certainly a lot of varied hats worn in this family - in more ways than one!!