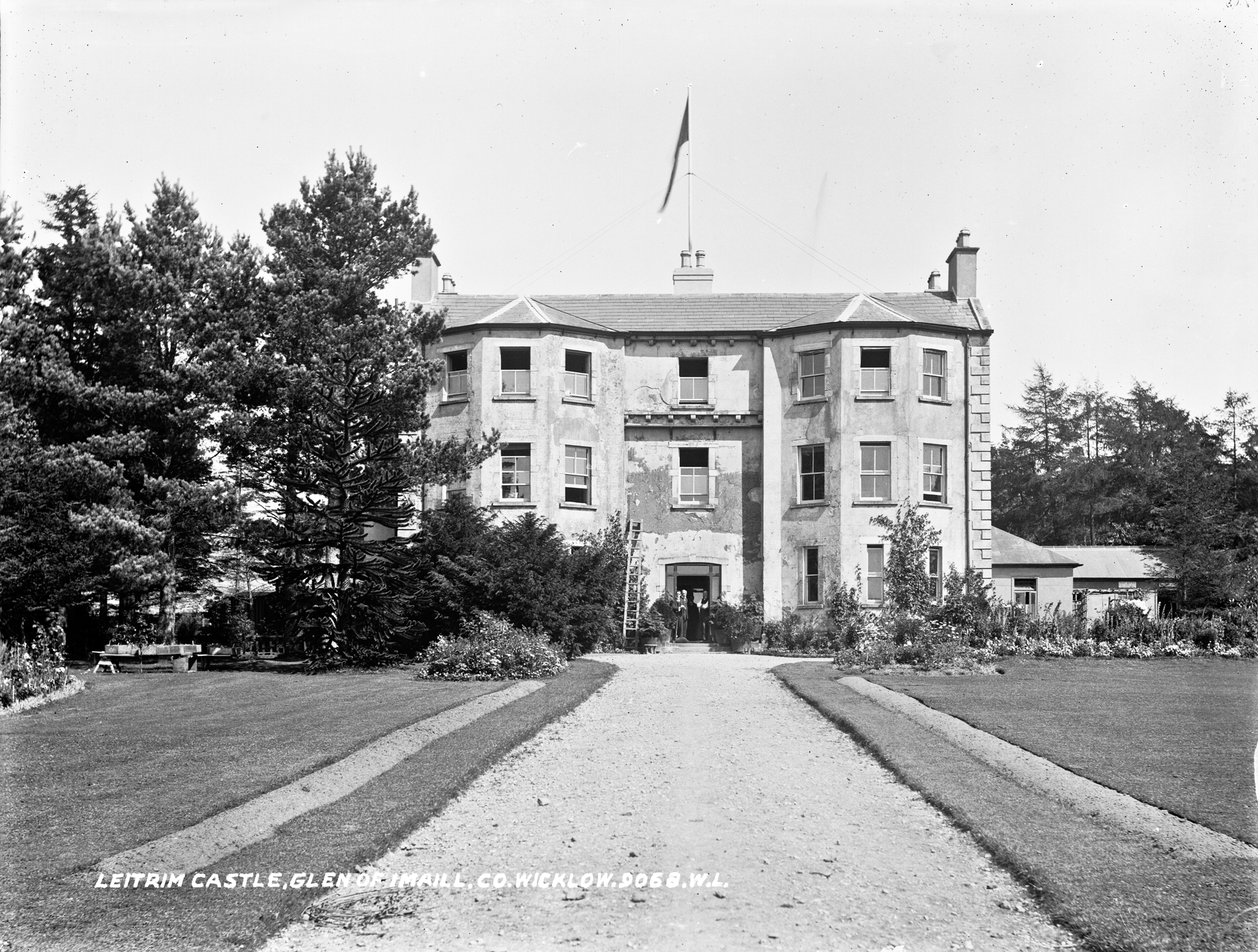 Try to find the date or year when this image was made.
Thanks for contributing!
The Glen of Imaal - Gleann Uí Mháill - the Bare Glen but not the Glen itself but rather Leitrim Castle in the Glen. If you are not confused by now then I hope that there will be clarity by the evening? As the Irish Defence Forces artillery range is located there it is not a place much frequented by visitors but its rugged beauty is well worth viewing.

Almost simultaneously this morning, Rory_Sherlock and Niall McAuley proposed/confirmed that this is (or more properly was) Leitrim Barracks close to the Military Road in County Wicklow. While appearing in maps from the 19th and very early 20th centuries, the building was severaly damaged by fire in 1914. And now no longer stands...