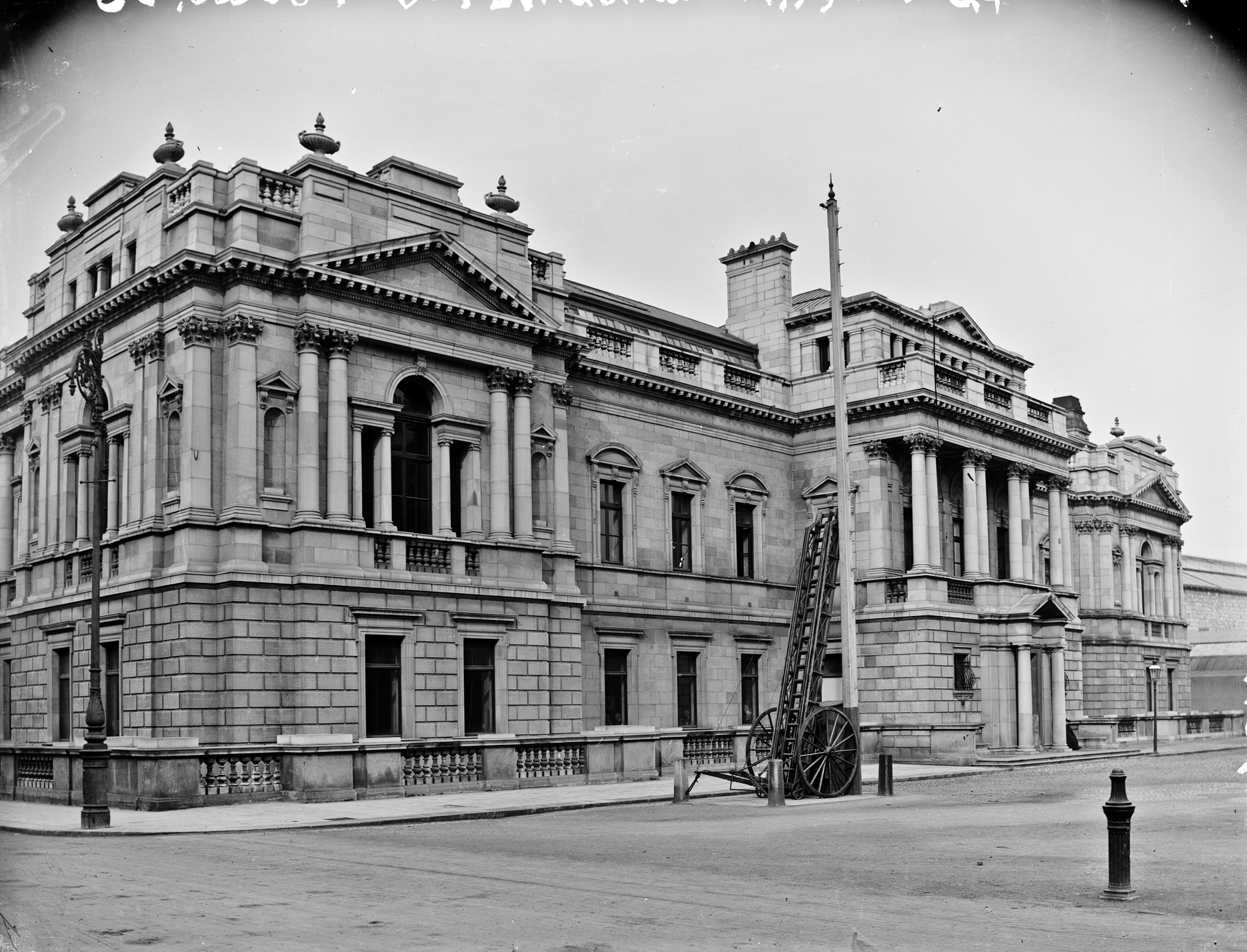 Try to find the date or year when this image was made.
Thanks for contributing!
Library Towers stands on one side, the National Museum stands on the other and the adage "Oh, East is East, and West is West, and never the twain shall meet" applies! A very old view of the Museum which will never be seen again.

Something we also won't see again is the "fire escape station" we see in the centre. Our intrepid Flickroonies confirm that this public safety equipment wasn't just "left lying around" like so much street furniture. Often manned, it was quickly brought to bear when needed. Certainly quicker than if transported from a distance - without the assistance of the 13 tonne engines the Dublin Fire Brigade has today. Thankfully (as far as we know), it was never needed to deal with threats to the National Museum's collonaded facade (or indeed its collections)....