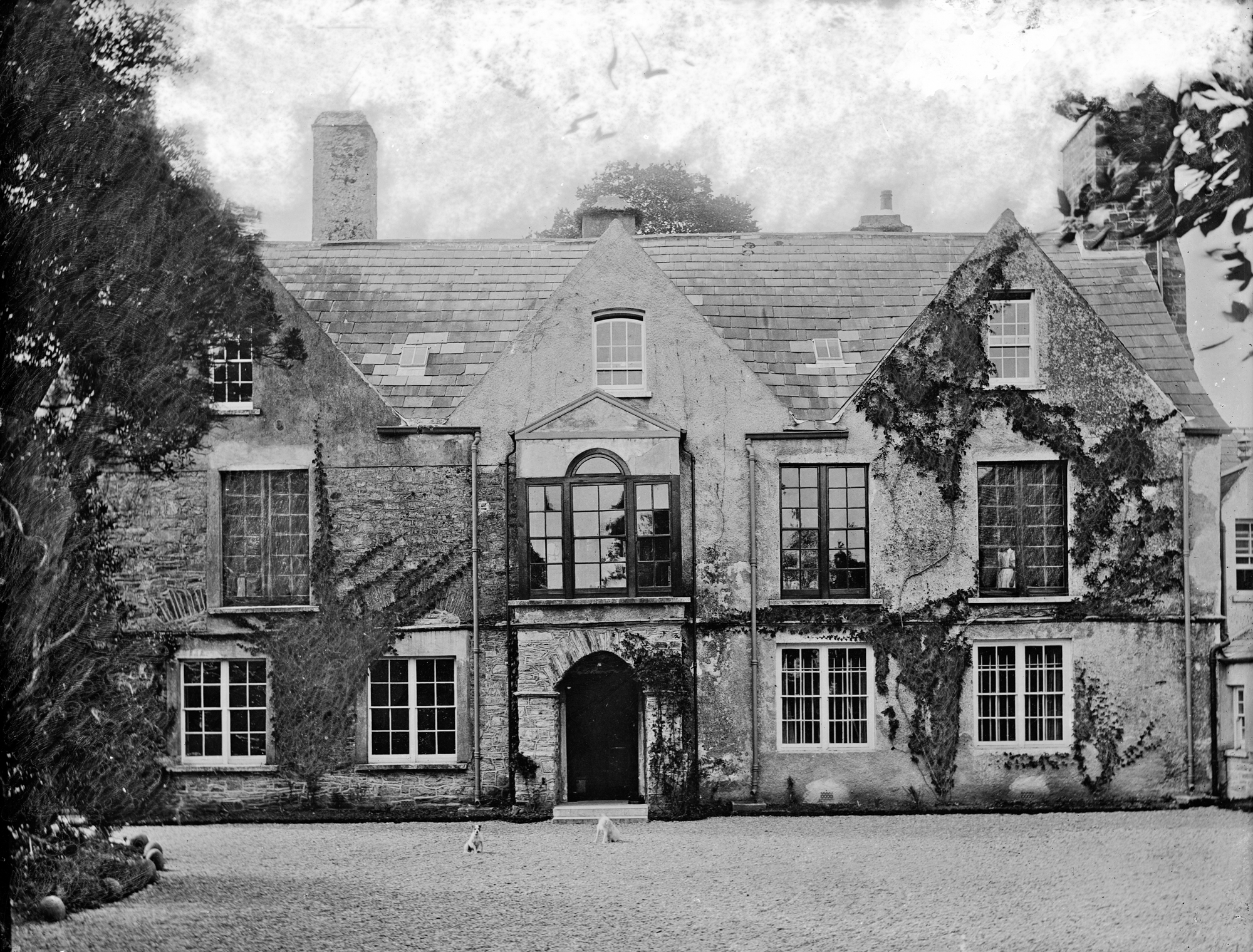 Try to find the date or year when this image was made.
Thanks for contributing!
From the academic Sir John P. Mahaffy to his more famous knightly colleague Sir Walter Raleigh and a cottage in County Cork! My definition of a cottage and Raleigh's definition would be many miles (or rooms and windows) apart it seems. I thought that the only remaining reminder of Raleigh was Tournafulla in Limerick where his troops decimated the population after the Desmond rebellion...?

Based on today's insights, it seems possible that this image was taken while the house (known as Myrtle Grove) was owned by the Blake family; some members of whom could perhaps be captured in the windows.....