Men on hunger strike, one holding a placard which reads "we have 'Em" 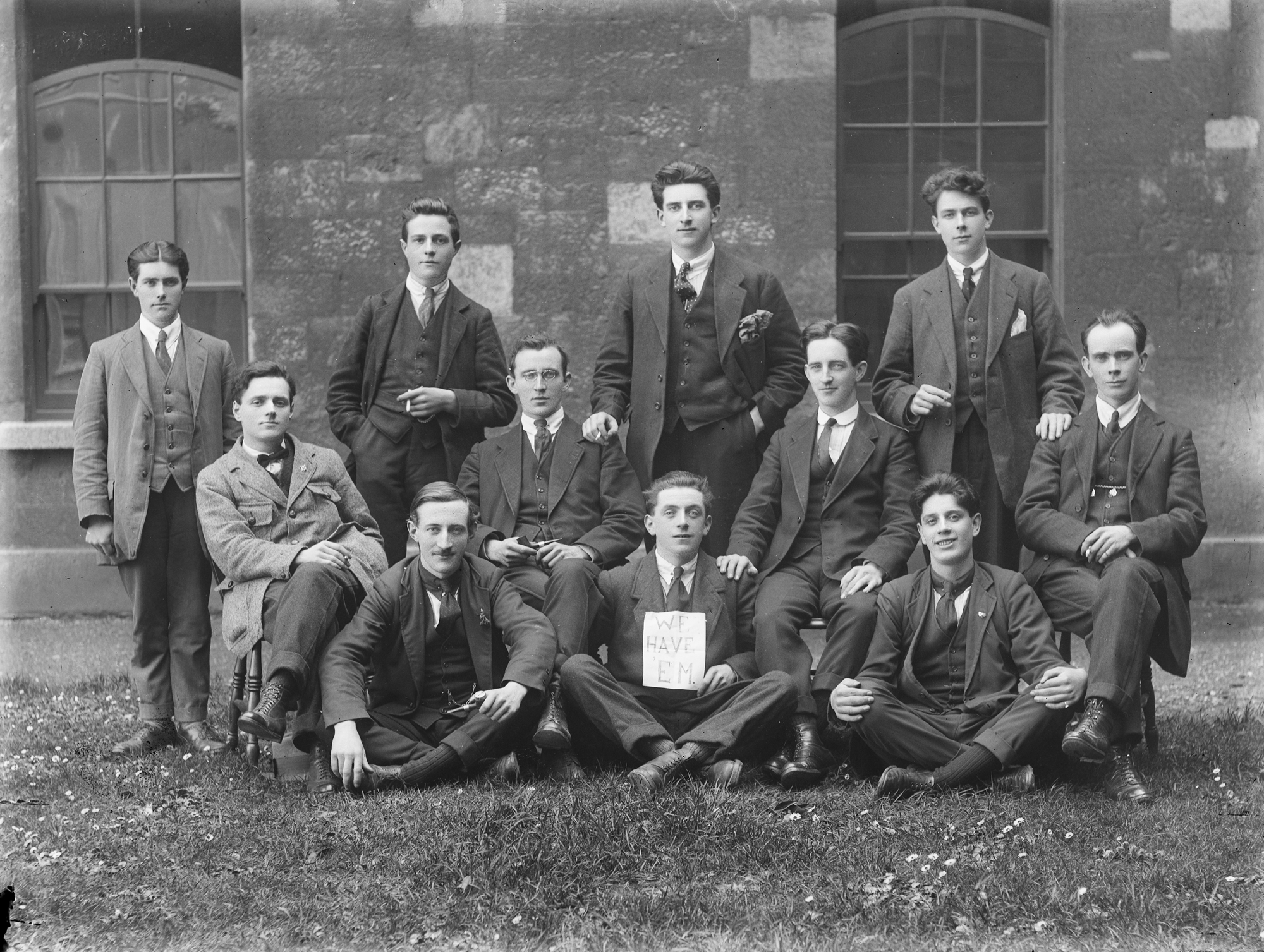 Try to find the date or year when this image was made.
Thanks for contributing!
Hunger Strike! What should seem no threat to the authorities was turned into an incredible force for publicity and public sentiment. It was capped by the death of the former Lord Mayor of Cork, Terence McSwiney, while being force fed in prison. This happy group say that they "Have 'em" as they pose for their moment of immortality. I wonder if we can find out who they are and where?

Given the similarity to this other Keogh image (which is described as a 1919 hunger srike at Mountjoy), sharon.corbet and guliolopez suggest that it's very likely taken at the same place and around the same time. It seems quite likely therefore that these smoking men were IRA members imprisoned at Mountjoy in the early months of the War of Independence....