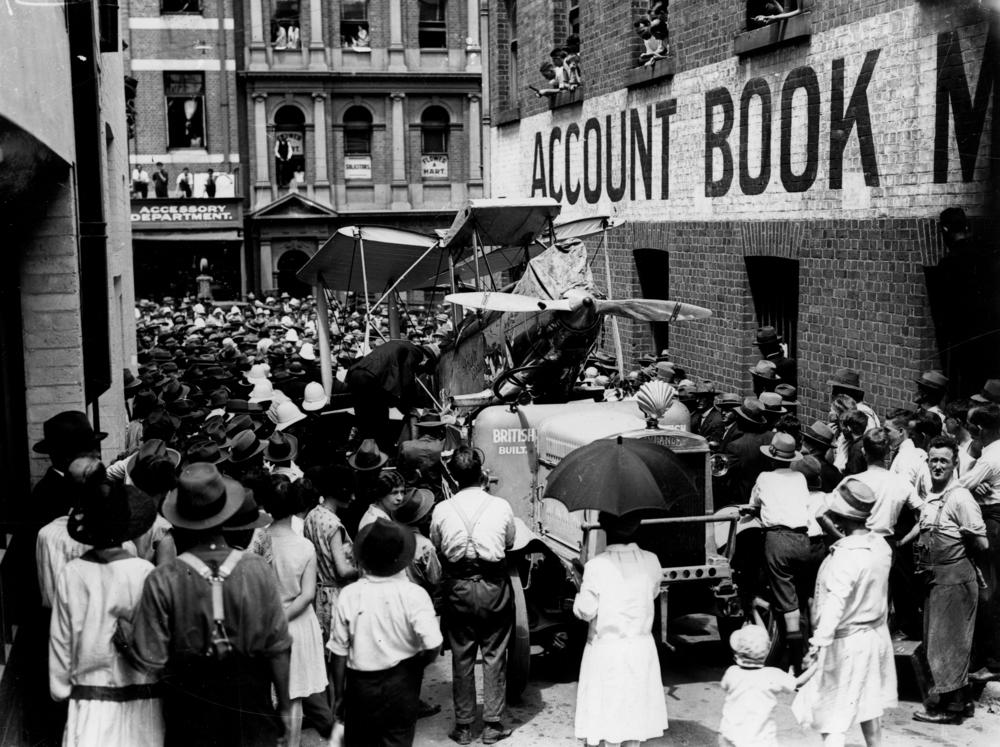 Try to find the date or year when this image was made.
Thanks for contributing!
One of two pictures of the week - the parade of Bert Hinkler's Avro Avian aeroplane through the streets of Brisbane.

Description: Bert Hinkler's plane is mounted on the back of a British built Leyland truck.