No dogs will dine here by God! 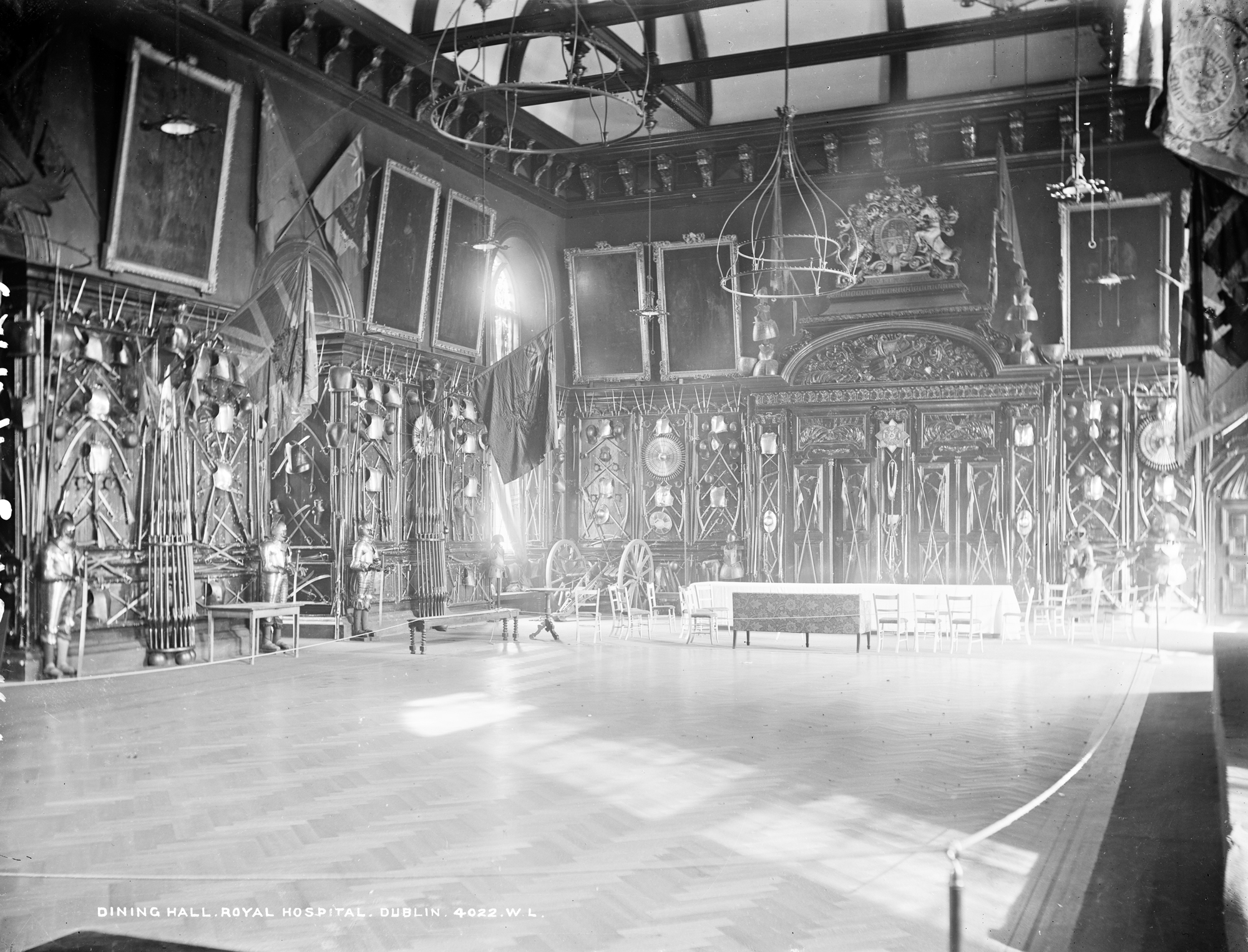 Try to find the date or year when this image was made.
Thanks for contributing!
The Royal Hospital Kilmainham dining hall in all its splendour with the panoply of war (in case anyone might forget its residents former calling)! A building that seemed destined to be made derelict, but has been resurrected and restored to become a priceless addition to the Dublin art scene!

Guliolopez provides some extra detail on the 17th-century 'great hall', which used for dining and recreation by the ex-soldiers who were cared-for in the RHK. As per the "then and now" comparison image that Niall McAuley provides, it's still used for events, receptions and dining - though clearly without all the weaponry and armour adorning the walls. I wonder where it all went.....?