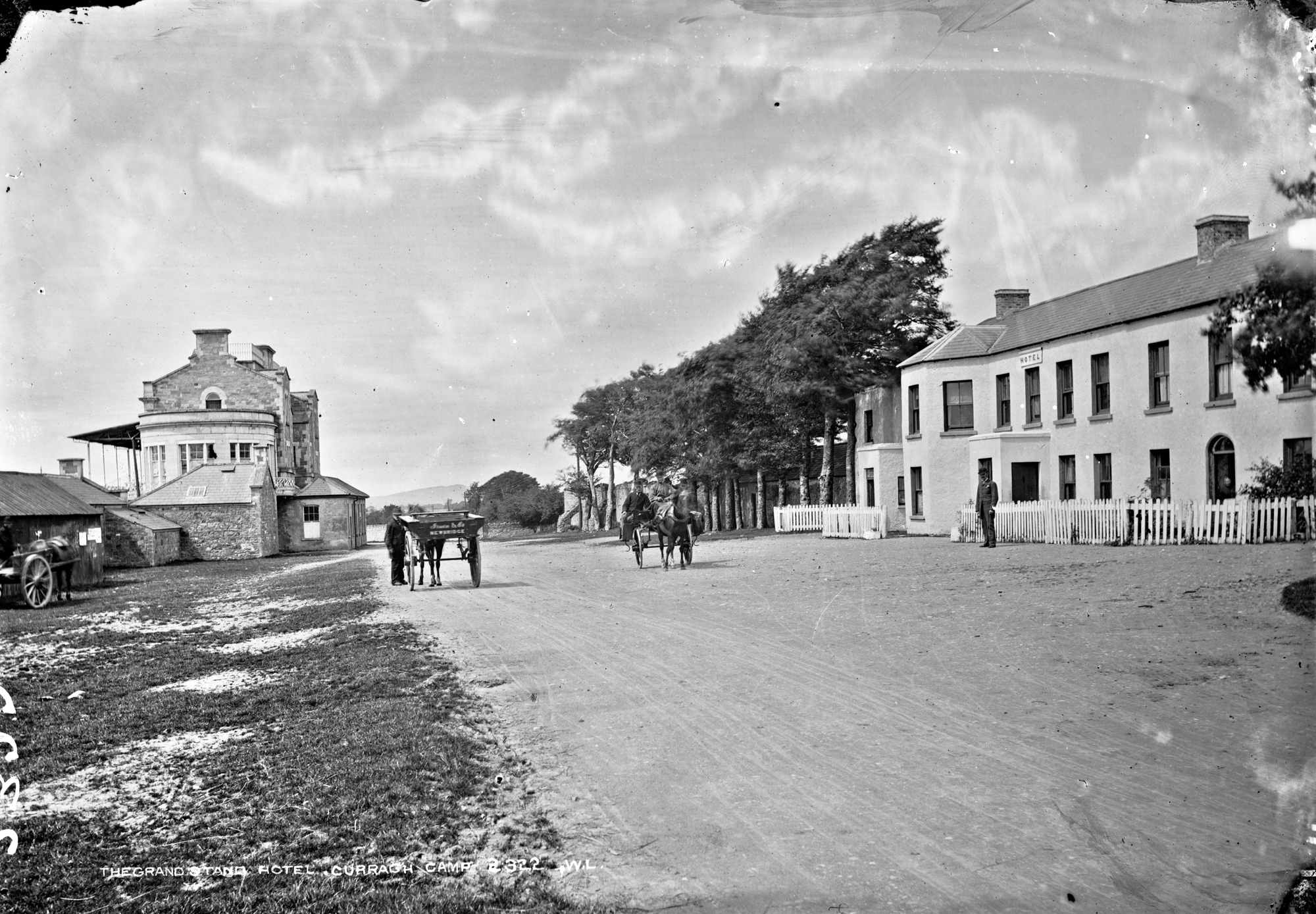 Try to find the date or year when this image was made.
Thanks for contributing!
The deep treasure chest that is the Lawrence Collection is the gift that keeps on giving. Today we are treated to a lovely cabinet sized plate of the Grand Stand Hotel at the Curragh Racecourse in County Kildare. The whole racing industry has changed radically since this shot was taken by Mr. French, but then the whole world has changed...

... And this area has changed. To the extent that I've added this image to our "no longer standing" album. While BeachcomberAustralia highlights that at least some of the building on the left survives (under the Curragh grandstand), and the hotel on the right survived until the last decade (til the streetview car passed-by in 2009 ), we've since learned that the hotel is now entirely demolished. Leaving this view quite changed from French's time!